The video of Hiena Barrios fighting in the Campana prison, after her arrest for having attacked her ex-partner: “That’s it!” 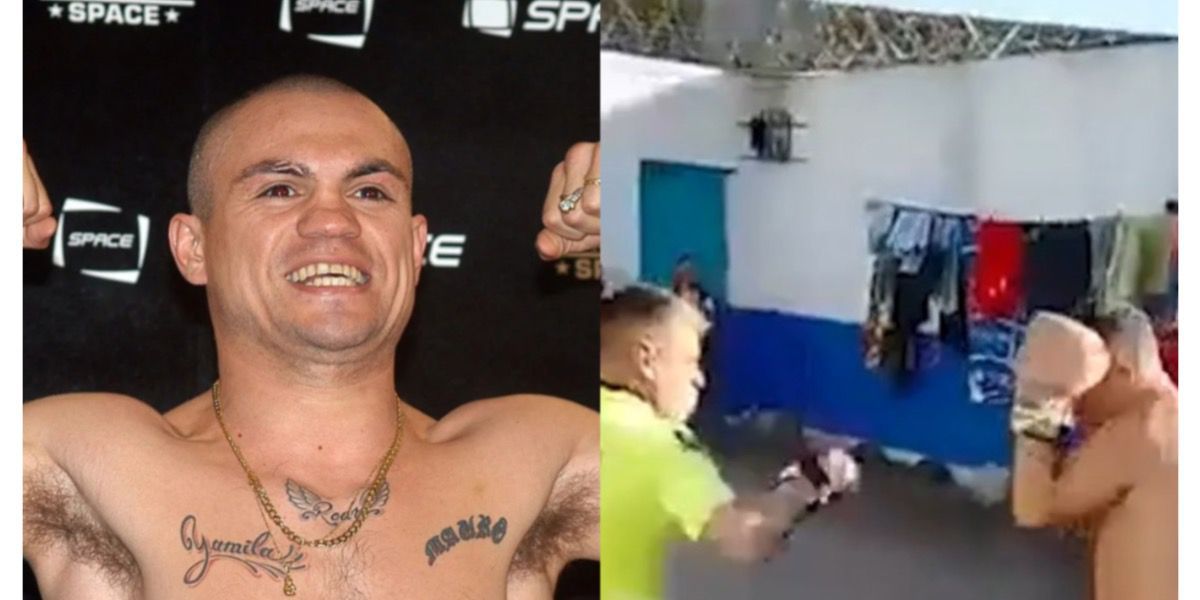 Rodrigo Barrios, better known as "La Hiena", is detained in the Campana prison for having attacked his former partner María Soledad Muñóz. In the

The video of Hiena Barrios fighting in the Campana prison, after her arrest for having attacked her ex-partner: “That’s it!”

Rodrigo Barrios, better known as “La Hiena”, is detained in the Campana prison for having attacked his former partner María Soledad Muñóz. In the last few hours, a video of the 45-year-old former boxer fighting in prison with another detainee was leaked.

In the filming, he is seen fighting with boxing gloves in a courtyard as if it were a ring. The famous punches his opponent, while others film and boo. In the images, published by the World Boxing site, the former World Boxing Union (WBU) and WBO super featherweight champion throw several punches, fight until the end of the contest.

The arrest of La Hiena Barrios

Last month, the former athlete was transferred to the Campana Prison, after having been detained for two months at Police Station 1 in Tigre. Away from professional practice, before Barrios was arrested he gave classes at his boxing house, he also gave private and zoom classes.

However, in March of this year, the Justice of San Isidro issued preventive detention for Hiena Barrios, for the case of gender violence in which a woman accused him of having beaten her and threatened her with a weapon when she visited him in his house in the Buenos Aires town of Rincón de Milberg.

The judge of Guarantees 5 of San Isidro, Diego Martínez, charged the former boxer with the crime of “slight injuries aggravated by the bond and by mediating gender violence and threats aggravated by the use of weapons, in a real contest.”

In addition, the magistrate pointed out “a risk of escape” and an “evidence obstruction” of the accused based on “the expected sentence and the circumstances of the imputed act, which are clear indicators that the accused will not be brought to trial.”

The crude testimony of Soledad, the woman who denounced “La Hiena” Barrios: “I feared for my life”

The victim of gender violence by the former boxer highlighted that he suffered psychological abuse. “La hyena” Barrios was arrested by the Tigre Police.

Tags: Hyena
Boxing: Another great fight tonight for Mriam Gutirrez
He is a state champion boxer from Juarez; he goes on to nationals
Pacquiao finally announces his retirement from boxing
BOXING 3124

Loading...
Newer Post
Floyd Mayweather and the bond that unites him to Mexico; he has a mexican grandfather
Older Post
Rob Gronkowski is retiring from the NFL