The Wizards put Beal at the height of Kobe: success or ridiculous? 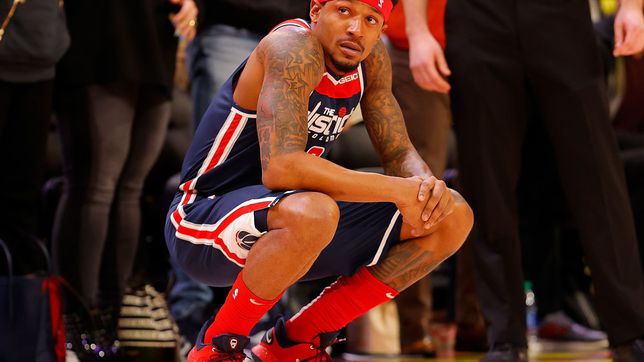 The NBA of the bonanza, of the billions of dollars and of television audiences has caused a very particular irony to occur: that there are many pla

The NBA of the bonanza, of the billions of dollars and of television audiences has caused a very particular irony to occur: that there are many players who amassed a huge amount of millions via contract, but that some of them are overpaid. The case of Tobias Harris, Ben Simmons, and Rudy Gobert have already been discussed. But the one who has hit the table in such a situation is Bradley Beal (29 years old): a great player, a true star and the franchise player of some Wizards who have bowed to his wishes and requests and have put him everything on the table. The shooting guard, a prolific scorer, does not only get a maximum when it comes to money. He also gets benefits that only a handful of stars have had throughout history.

Beal will remain associated with the Wizards for at least five more seasons. He does so after rejecting the player option and going on the market to re-sign with the only team he has been with since he arrived in the best league in the world (in 2012). And it is not only the 250 million that he is going to take in the next five years, but also all the clauses from which he has benefited: to begin with, a player option in his last year. But not only that, but the new contract also gives him the possibility of making sure to veto a transfer if his fate does not seem right to him.

This clause is known in the NBA, but only a short lineage of basketball players who have been married to the legend have enjoyed it. Not even Michael Jordan could count on her in his golden years at the Bulls. With this tool, the Wizards put Beal up there with LeBron James, Kevin Garnett, Carmelo Anthony, Dirk Nowitzki, Kobe Bryant, Dwayne Wade, Tim Duncan, David Robinson and John Stockton. All of those players have had it (which they didn’t necessarily use). A list of names that give the feeling of being well above a brilliant player who has averaged 23.6 points this year, but has exceeded thirty the previous two. And that, even so, it will have advantages that only true legends have had.

To have this option, you need to be a minimum of 8 years in the NBA and 4 seasons wearing the colors of the same team, two facets that are fulfilled in the case of Beal, who will also enjoy a new advantage (another one): will have a trade kicker of 15%, that is, a clause by which the Wizards must pay him a bonus worth 15% of his salary in case he is transferred. This last variable, however, is practically anecdotal, since the amount of money that a player receives can never exceed the maximum established by the NBA. So Beal, who has already signed for that maximum, would only get a bonus if the league’s salary cap escalates faster than his annual salary. Anyway. Tremendous.

“Jordan would average 40 points per game in the current NBA”
Golden State Warriors – Miami Heat, live
All the winners of the NBA All Star Slam Dunk Contest
NBA 3170

Loading...
Newer Post
Facundo Bruera, the La Plata scorer who is a figure in Paraguayan soccer
Older Post
Improve signings of Mexican soccer by the way that Dani Alves arrived at Pumas