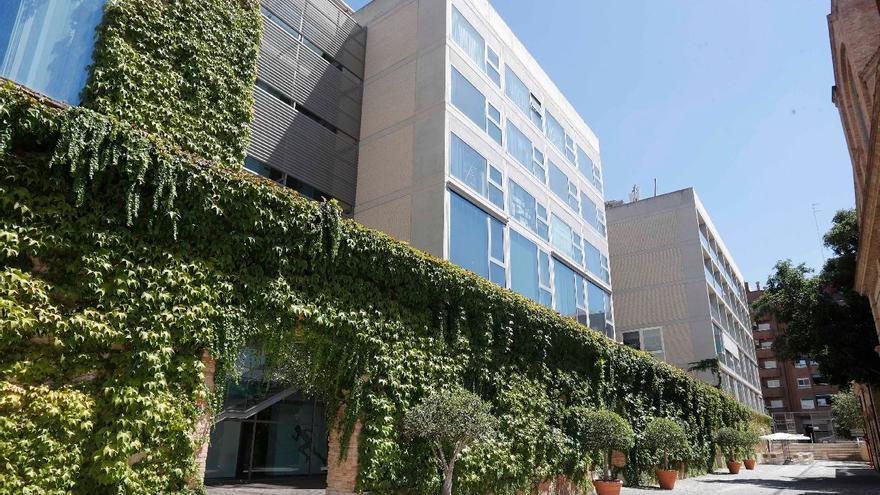 The Women's Professional Soccer League he stays in Madrid. The entity has rejected the offer of the Valencia City Council and th

The Women’s Professional Soccer League he stays in Madrid. The entity has rejected the offer of the Valencia City Council and the Department of Sports, endorsed by the main Valencian football clubs, to host the headquarters of said entity for which the residence for elite athletes of the Petxina Sports and Cultural Complex, closed and unused for two years.

Sources from the Women’s Soccer League confirmed to Levante-EMV that “The choice of the venue was one of the points discussed at the last League Assembly on July 28, where the clubs decided that, among the different options presented, the venue would remain in Madrid.” In addition to Valencia, other cities aspired to become the venue. Finally, the Spanish capital, where the headquarters of the main sports organizations are concentrated, has been chosen.

Bed bases in a room seen from the street JM Lopez

The Councilor for Sports of the Valencia City Council, the socialist Xavier Matthew, pointed out in this regard that the city maintains its offer, although the possibilities, he admitted, “have cooled down”. On the future of the Petxina residence for elite athletes, opened in 2003 and closed two years ago by decision of the current government of Joan Ribó despite the high demand it had, Mateo insisted that the reopening is not considered. “We are looking at various alternatives, but it is very unlikely that it will open as a residence.” “The first and second floors, headquarters of the Municipal Sports Foundation and the Sports Service, are going to be reformed to redistribute and gain space.” The other three floors “are under study to see the best option for the use of these spaces but always related to the world of sports.”

The Women’s Soccer League was formally constituted last June after the approval of the constituent statutes in the Board of Directors of the Higher Sports Council. What is already the first women’s professional football league in Spain is also sponsored by Iberdrola, which represents an unprecedented boost to the beautiful women’s game. València wanted to capitalize on part of the growing popularity of women’s football by bringing the headquarters of the League to Valencia, something that will not be possible in the end.

The PP announces that it will reopen the Petxina residence

The spokesperson for the Popular Party in the Valencia City Council, María José Catalá, has promised that the Popular Party, when it reaches the mayor’s office of Valencia in 2023, will rehabilitate and reopen the Petxina residence for athletes. “La Petxina was born to be a sports benchmark not only in the city but also at regional and national level. Ribó has let it go, keeping the residence closed for 2 years, which is now suffering from the damage caused by lack of use. We are committed to making it a sports benchmark again. We will rehabilitate it and reopen it” stated Catalá.

The Popular Party spokeswoman recalled that the residence “had a high demand, hosting high performance athletes and that now due to the abandonment of functions and the lack of vision of Compromís and PSPV they do not have this accommodation alternative”. In this sense, he recalled that in the last year of the PP government, more than 17,000 uses were registered in this residence, which were part of sports clubs and federations.

Likewise, María José Catalá has pointed out that the “excuses made by the Ribó government are just that: excuses. Many solutions can be found. The only clear thing is the lack of ambition of this municipal government”

Loading...
Newer Post
The ups and downs of the world economy drive the Formula 1 teams crazy
Older Post
F1 2022: Max Verstappen and the keys by which he leads the championship