The word that changed the history of Michael Schumacher 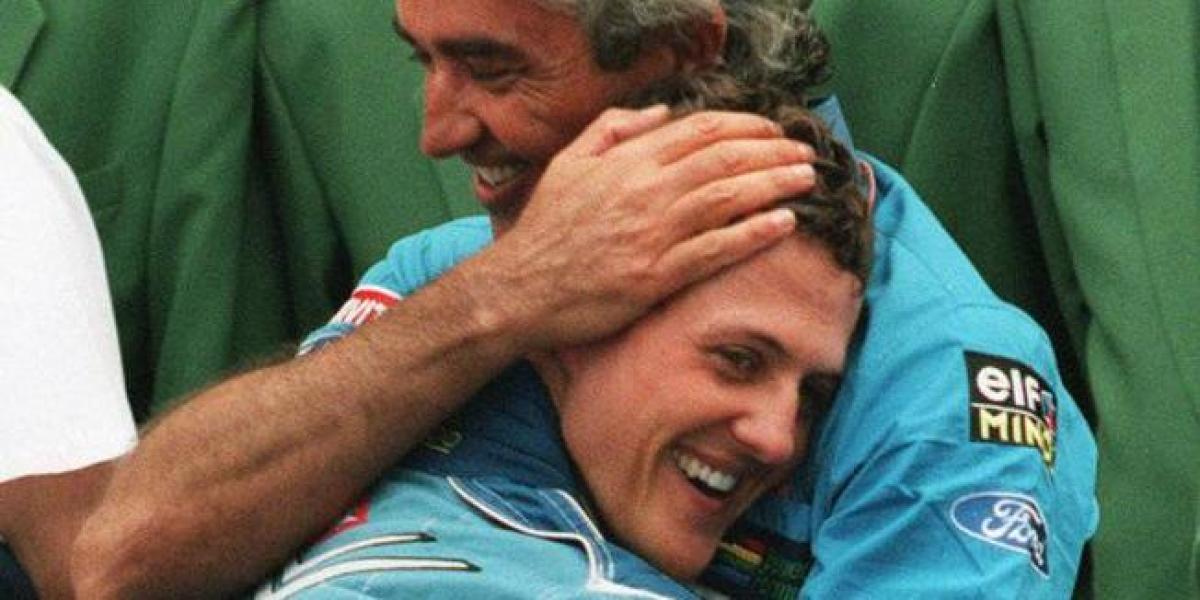 The word that changed the history of Michael Schumacher

Michael Schumacher was already the protagonist of an MD report a few weeks ago for his bizarre arrival in F1, with an incredible debut with Jordan in Belgium 1991 (Eng) taking advantage of the fact that there was a free seat in that team because one of its drivers was in jail for a fight with a taxi driver. But there is more. It is important to remember what happened right after, because it is linked to the legal mess that the young man has had Oscar Piastri with Alpine. Alpine announced that it would promote the Australian to F1 in 2023 and hours later, the talent said that he would not race in Alpine next year, without revealing that he actually had a deal with McLaren. That legal battle was finally settled by the Formula 1 Contract Recognition Board (CRB)entity created by the controversial case that stars in these lines.

Michael shone at Spa 1991 with Jordan with a spectacular 7th position in qualifying. Everyone on the grill knew that this was not normal. They knew a star was born. But some had already set their eyes on him before. His agent, Willi Weber, then played a crucial role with a key roguery. Jordan wanted Michael to sign a letter of intent as a requirement to run that Spa date. In it, he wanted to secure Schumacher’s commitment to compete with Jordan for three seasons. However, Willi, when he received the letter, changed the story by changing one word.

Michael Schumacher, in his debut with Jordan in Spa

The initial phrase that appeared in the pre-contract was: “Next week he will sign the contract.” became: “will sign a contract”. It did not seem like a substantial change, but days later, it became fundamental, because Schumacher did sign “a contract”, but not with Jordan. He signed it with Benneton. That small change meant that Michael could put his signature on a document that would link him to another team. 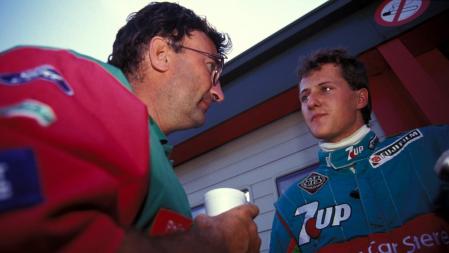 Flavio Briatore, astute as few others, while Michael was showing off at Spa, was already talking to Willi Weber to convince him to join his team, from the front of the grid, also reminding him that Jordan was not in an easy situation . The offer was very tempting and the Italian would take the rising star.

Although the story did not end here. There was another complication to deal with for Michael to drive for Benneton. It is just there where the roguery of the Italian leader appears. Benneton already had two drivers under contract: Nelson Piquet and fellow Brazilian Roberto Moreno. What could he do? His first proposal to Moreno was to pay his salary until the end of the course and compensation for leaving him without a steering wheel from now on.

“I only had one problem: Moreno. I spoke to him that week and said, ‘These are your last two races. Next year, you won’t be running with us anymore. I will pay your salary to the end. And I’ll give you an extra if you quit now.’ He told me that he had to consult with his wife. Then he called me to say no”, expressed Flavio in 2020 on the official F1 podcast, ‘Beyond The Grid’.

“The contract between Moreno and us was not well written. Since it was my first, I made a lot of mistakes. The team’s lawyer told me that I had to do it again because the difference between the chassis and the car was not clear.. That is to say, the text assured Moreno “the chassis” but never driving a car. “In Monza, I told the judge that the contract was about the chassis and not about the car. When Moreno began to understand it, we reached an agreement and Michael kept the wheel “. Moreno thus passed Jordan to take Michael’s place. For his part, a young Schumacher would race in his place at Benneton from the GP after his debut, at Monza 1991, until 1995. In those years he became a star with the achievement of two titles (1994, 1995). 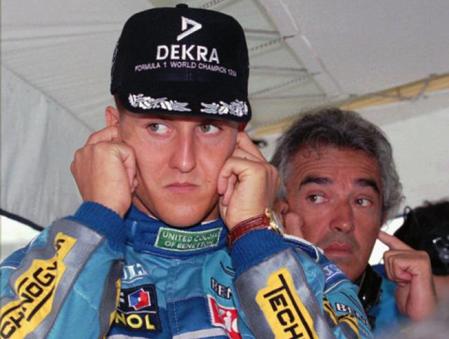 “We didn’t take it away from Jordan,” Briatore added. “We didn’t steal it from him because he never had a contract with Jordan. He only had it for one run.”

“At the time, we were looking for a young driver because we didn’t have the money to sign Senna or Prost. My idea was to find a very good and young driver, the future Prost, the future Senna, the future Berger, and develop it within the team. Piquet was at the end of his career and Moreno was not good enough to compete in F1”, he pointed out.

“Jordan had no contract with Schumacher. It was very simple: a race, and Jordan was expecting $300,000 or $400,000 from sponsor TicTac. In the contract with Michael it said ‘either you find the money or our contract is void’. I gave the money to Willi Weber and told him: ‘I pay you to run with us, I don’t want money from your sponsor. I pay you the 400,000 and you send the money to Eddie Jordan’. Then we went to Monza and he had no contract. We didn’t talk to Eddie, and he was protesting that he had a contract, but he didn’t,” he explained.

For his part, Jordan maintained that it was all Bernie Ecclestone’s business, then F1 boss: “He was the one who instigated and orchestrated everything, no matter what others say.”

“Bernie realized the German interest in F1 when he saw the results of the Belgian GP. He attracted 20,000 more spectators. That was where the idea of ​​having a German driver on the grid finished maturing. So he called Flavio and told him to put it in one of his cars at Benetton, “he said.