The world golf war rages on in Wentworth 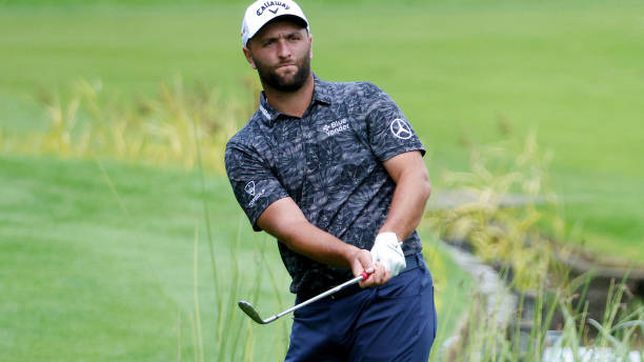 The open war in golf between the LIV and the traditional circuits is experiencing a new and long-awaited episode of tension these days at the Wentworth Club, the course in Surrey (England) that hosts the BMW PGA Championship, also known as the European Championship of the PGA, the flagship event on the Old Continent calendar that starts this Thursday (06:40, from 12:00 at Movistar Golf). There have been planted, prior authorization from the DP World Tour, several of those enrolled, 17 in total, in the new Saudi adventure. There are the South Africans Oliver Bekker and Branden Grace, the Mexican Abraham Ancer, the American Talor Gooch, the Northern Irishman Graeme McDowell, the Spaniards Pablo Larrazábal and Sergio García…

None of the ‘rebels’ has been framed in any of the parties with preferential television coverage, the so-called featured groups. They have not even been required to participate in the Pro Am held this Wednesday, to which celebrities such as Frank Lampard, Mark Noble or Judy Murray were invited. Still, several heavyweights among those who have remained faithful to the PGA and the DP are balking at the decision to let them participate.

One of those who spoke about it was Jon Rahm, who starts at 12:40 with the Norwegian Hovland and the English Hatton. The Biscayan does not like the fact that there are LIV players leaving others without a place who, in his opinion, “have dedicated a lot to the European circuit”. “It’s a bit more personal this time for me because the first name out of this tournament is a Spanish player, Alfredo Garcia. A great friend of mine who has played 20 European events this year”, he pointed out. Rahmbo also clarified that, although “there is tension” with certain players, it is not his case with Sergio García, of whom he already said at the British Open that his absence in the next Ryder was saddened by virtue of his signing for the Saudi circuit: ” Sergio and I are friends and we have friends on both sides. My opinion of them is not going to change, whether I agree with his decisions or not.” García will leave at 09:25, a slot that under other conditions he probably would not have occupied, and in a match that is less strange given his curriculum, along with the Finnish Samooja and the Italian Pavan.

Much tougher was Northern Ireland’s McIlroy, who along with Tiger Woods has emerged as the great defender of the status quo. “I don’t know, I have no idea. I would say right now we don’t have much. But if we talk about the Ryder Cup, of course that is not the future of the European team”, he said when asked about the current state of his relationship with Ian Poulter and Lee Westwood, two players who have been very important in the team competition and with those that the Holywood had good tuning before the schism. “I haven’t done anything different. They are the ones who have made a decision. I can sit here and say with my head held high that I haven’t done anything,” he added. And he finished off with a dart in reference to the LIV format, in which only three rounds are played per appointment, from Thursday to Saturday: “On Sunday they will be tired.”

Loading...
Newer Post
The most expensive pass in the history of women’s football: Keira Walsh went from Manchester City to Barcelona
Older Post
How will the motorcycles from Aragon arrive in Japan?