The world of futsal hails the retirement of Ricardinho 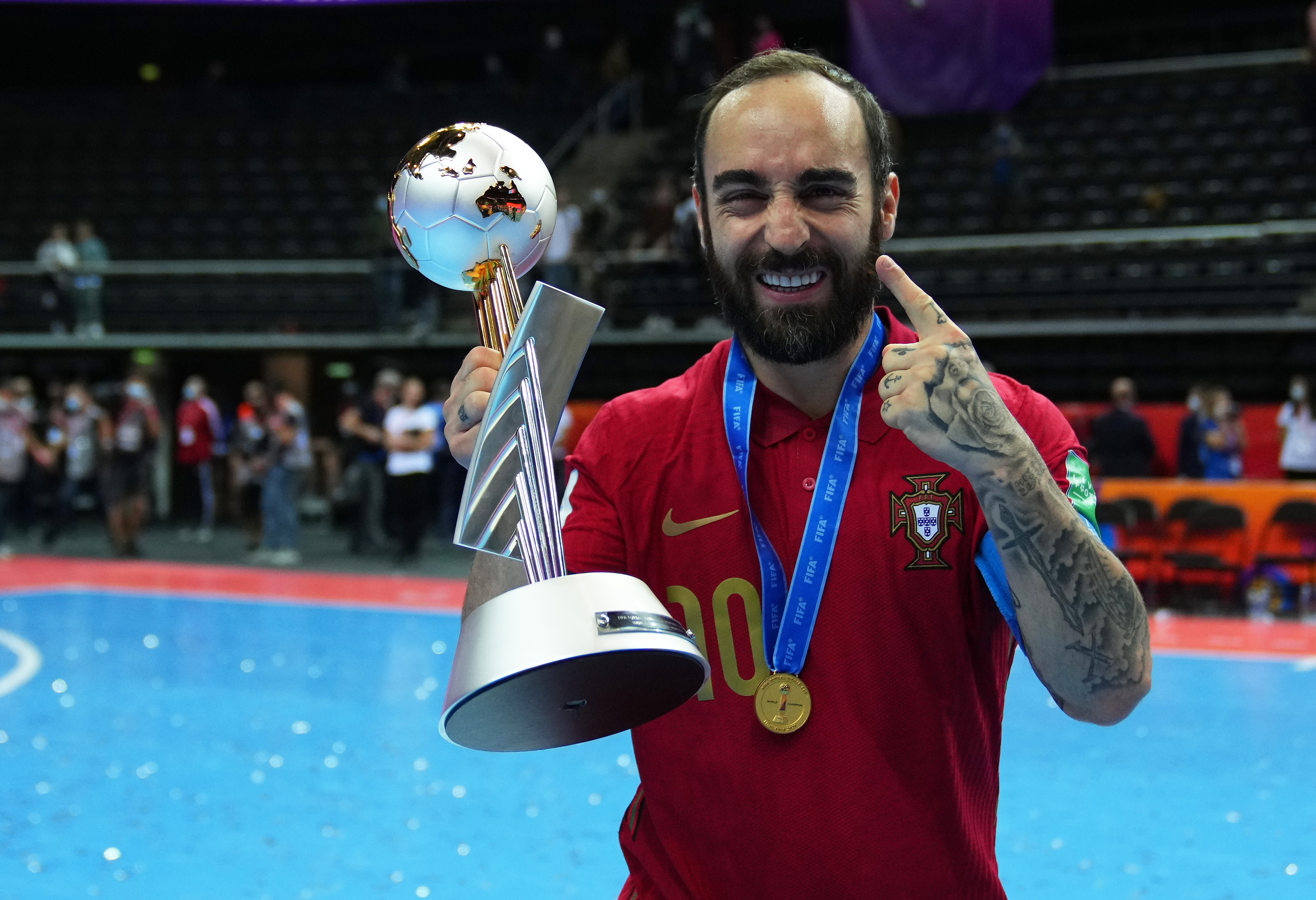 How do you overcome that?

Last month, 18 years after his international debut and just six months after finding himself in a hospital bed fearing he might not be able to play again, Ricardinho won the adidas Ballon d’Or as Portugal conquered its first Futsal World Cup of the FIFA ™.

“This is the best moment of my career, the best day of my life,” the 36-year-old player said in ecstasy. “I’ve been waiting my entire career for this trophy.”

This Wednesday, O Mágico announced that it was putting an end to its international career. And in his honor, FIFA spoke with great futsal figures of yesterday and today.

“In life, more than trophies, titles and championships, your legacy is the best example that can exist. What pride to have been part of your journey and to have contributed to this legacy. Thank you very much!” Jorge Braz, Portugal coach, to the FPF “He is the type of player who can decide things with his talent; these players are difficult to stop given their unpredictability. In tight matches they can make a difference. Besides being flashy, he knew make decisions. He was part of the elite, he was one of those players that people wanted to see. Without a doubt, he has made his mark and is one of the most important players in the history of futsal “Vicente De Luise, Chile coach, a FIFA

“He is a great athlete with a fantastic story. He had already made his mark on the World Cup, and now he has lowered the curtain on his career by landing the World Cup that he had worked so hard to win with his country. I am very happy to be his friend and to have been an inspiration to him. He has left his legacy. Thanks, Ricardinho. Futsal is grateful ”. Falcao, four times Best Player in the World and idol of Ricardinho, to FIFA

“Without a doubt Ricardinho was the most important player in Portuguese futsal and one of the most important in world futsal. We all lived magical moments watching the dribbles and goals of ‘Mágico’. I had the pleasure of playing many finals against him. Unfortunately, the moment saying goodbye to the national team comes for everyone, but he leaves Portugal as European and world champion, and anyone would be proud of that. I think the whole world has to be grateful to him for what he did for futsal. Thank you, Ricardinho. ” Ferrao, current and twice the Best Player in the World, to FIFA

“Because of his sporting qualities, Ricardinho is among the greatest in history along with Falcao, Manoel Tobias and Paulo Roberto. He is one of those players who breaks the scripts, colorful but at the same time effective and leads people to the pavilions. He fully understood the world he lived in – marketing, the importance of image and social media – and it has been a blessing for sport as a product. He helped futsal reach new heights in terms of media exposure. The greats are measured by their successes with the national team, and what they lacked they achieved with the European title and then the World Cup. That was a finishing touch to his career with Portugal and his entry into the Olympus of futsal. “Javier Lozano, two-time FIFA Futsal World Cup champion, told FIFA

“Ricardinho is, without any doubt, an emblematic player in the history of Portuguese futsal, and he deserves it. Portuguese futsal owes him a worthy tribute and world futsal must acclaim the magician of modern futsal. I am glad that he managed to be world champion with his country. It’s a shame that this moment has come. I want to take the opportunity to ask God for the best for your life and that of your family. A hug champion. ” Manoel Tobias to FIFA

“There are no words to describe Ricardinho. As soon as I arrived in Spain I realized how difficult it was to face him. Then I had the opportunity to play alongside him for a year. I saw, during training and matches, how much he he deserved to win everything he ever won in his career. He is unique, and not just on the court. Outside of it, he always helped everyone who needed him. He is a great guy. And with Portugal he transformed everything. He was his inspiration to achieve The European title and now the World Cup. He deserved to win the World Cup and I was very happy for him. It will always be an honor for me to say that he was my partner. Ricardinho, thank you for everything you have done for futsal. ” Pito, Brazilian superstar, to FIFA

“It has been a huge privilege for me to face Ricardinho since 2007. He took futsal to new heights, his skills and plays exploded the popularity of futsal, in the same way that Falcão had done before him. Ricardinho is truly a magician. of the ball. I am a huge fan of his and I have one of his jerseys, which is a great pride for me. It is also a great privilege to call him a friend. This year I was eager to be proclaimed world champion, but unfortunately Brazil did not succeed. When he won the I was very happy for the World Cup. For all that he has done for this sport, he deserved to go out the big door, as world champion. And it was even better for the way he did it. He is a fighter and futsal was his life. Ricardinho, with all my heart, thank you for everything. You are magnificent. I wish you all the success in the world, forever and ever. ” Rodrigo, world champion in Thailand 2012 and captain of Brazil

“There is a before and after in the world of futsal with Ricardinho. He is the person who has made the world of fans, fans of the sport of the ball in general, including those of football, look at futsal and make it happen. meet thanks to a name: Ricardinho. He could be the Messi or the Christian of our sport. I had the opportunity to be with him in Japan and I remember a conversation we had where we talked about the importance of his arrival for Japanese futsal. He was an ambassador. He came to fill pavilions and that’s how it was. Endless queues of people to take a picture with him or have him sign an autograph. But what impressed me the most about him was the kindness and the time he devoted to the futsal fans. It’s not usual and he had it. When he came to Spain it was a turning point in our sport. Children and adults came to the pavilions to see Ricardinho. It has been the biggest knock-on effect in our sport. Incredible goals and dribbles but always with a smile. He is a star and a legend who will be very difficult to replace him. We will miss him. Miguel Rodrigo, futsal coach, to FIFA

Madrid withdraws the use of a mask in federated football
How much do soccer stars earn?
Soccer stadiums will be able to fill 100% of their capacity from this Friday except in Euskadi
FOOTBALL 658