The worst day in its history in MotoGP 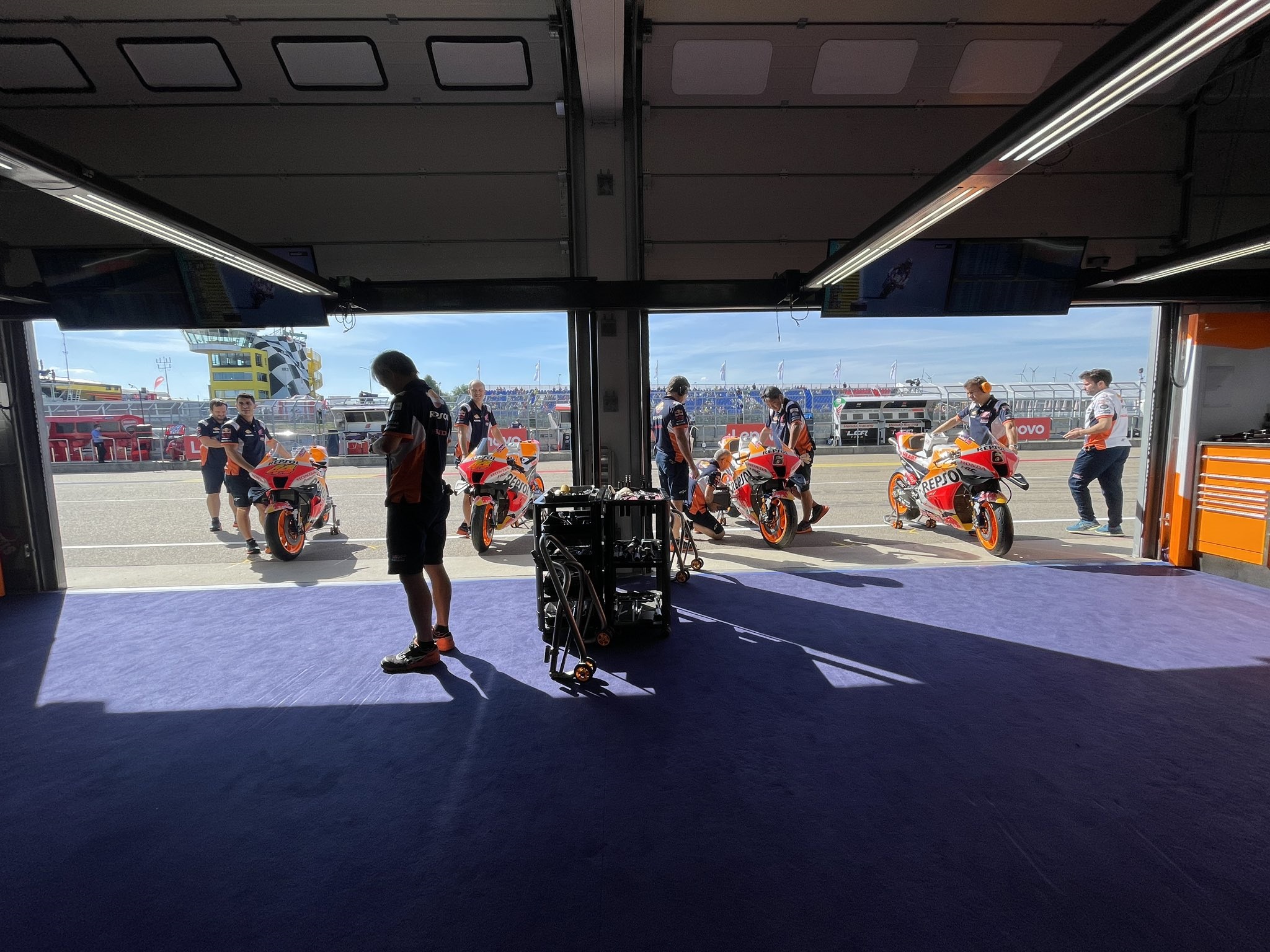 Officially, Honda has passed yesterday his worst day in history from the introduction of the rules to MotoGP. I had never finished a Sunday wit

Officially, Honda has passed yesterday his worst day in history from the introduction of the rules to MotoGP. I had never finished a Sunday without scoring points since MotoGP was created and you have to go back more than 40 years to find a race without a gold wing motorcycle scoring for the World Championship. The last time, in fact, had been for the particular fact remembered as the boycott of Nogaró when the pilots of the brand did not run.

The huge difference with that milestone occurred 633 Grand Prix ago is that this time sports performance, mechanical failures and injuries came together to rock bottom at the German GP. What was seen yesterday at the Sachsenring does not have a precedent to match, since 1982 was a decision not to go running as a protest against unfulfilled claims (in safety and services) on the French track. The icons of the time did not run, as Randy Mamola (Suzuki), the leader of the tournament Kenny Roberts (yamaha), Barry Sheene (Yamaha) or who would be champion that year, Franco Uncini (Suzuki). Those of Honda were nothing less than freddie spencer, Marco Lucchinelli and Takazumi Katayama.

Honda, without points in Germany 2022

While Marc Márquez put the transmission on a TV from home, watching the race where he has dominated in the last six MotoGP editions, everything fell apart. Shortly after the start of the race, the Japanese went to the ground (with the motorcycle used by the Leridian) Takaaki Nakagami. A few turns later, it was Alex Marquez the one who left, knowing later that one of the systems used to optimize starts had been stuck and blocked the rear suspension.

In addition to the two bikes of the satellite team, the officials did not see it easy either. Already tired of the pain derived from a strong fall in training that hurt his ribs, Pol Espargaro I decided to leave the competition due to problems even with breathing. It just stayed on track Stefan Bradl, test driver of the HRC squad and already a regular substitute for Márquez in the absences that have lasted for the last two seasons. The venue ended in 16th place the GP, so He was one place away from scoring points for the tournament…

You have to go to that one May 9, 1982 to find a competition in the highest class of the motorcycle world championship in which Honda does not score a point. Have passed 14,651 days and 633 runs from Jarama 1982 to the Catalan GP of 2022 in which the brand has always been in scoring positions.

And although the present complex is known, the data the situation of the team worsens who again hopes to endure a season in the hope that superstar Marc Márquez will return in good condition the next year.

The MotoGP Dutch Grand Prix race live
MotoGP | Bagnaia “Thanks to Rossi I have matured and improved at all levels”
What is faster a Formula 1 car or a MotoGP motorcycle?
MOTOGP 703

Loading...
Newer Post
They tried to rob a boxer and he knocked him out
Older Post
Boxing: Oscar de la Hoya: “I’m not stupid enough to fight Chvez now, this time he’s going to screw me”