There are already finalists for The Best: Lewandowski, Messi and Salah 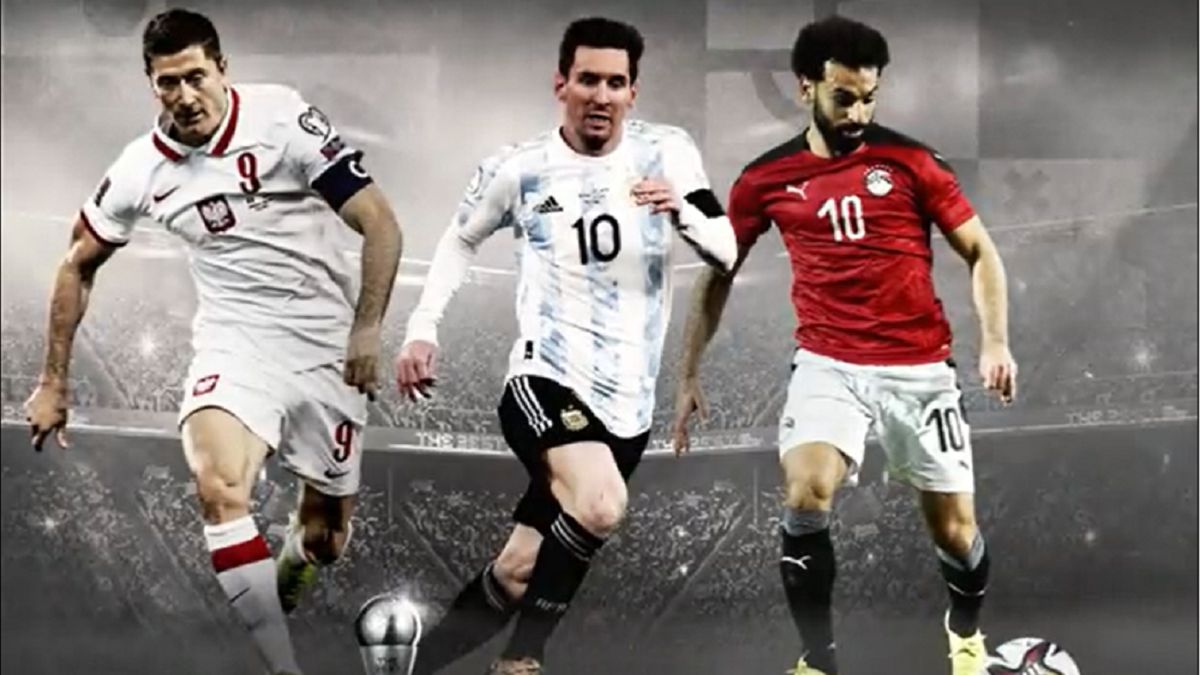 FIFA announced the names of the three finalists for The Best awards, the most democratic of the awards because they are voted on by all possible p

FIFA announced the names of the three finalists for The Best awards, the most democratic of the awards because they are voted on by all possible players in football: players, coaches, journalists and fans. The three footballers who make the last cut are Lewandowski, Messi and Salah. In this way, others who had a great year such as Karim Benzema -he did not enter the podium of the Ballon d’Or- or Jorginho, European champion with Chelsea and Italy, are left out.

Lewandowski lived one of his best scoring moments with Bayern and was also close to winning the Ballon d’Or. He is the current owner of The Best, but will have a tough competitor in the current edition in Messi after his seventh Ballon d’Or and one year in which he was finally champion of America with Argentina. Salah, who was seventh in the France Football award, is among the best at The Best.

The presentation of all The Best 2021 awards, including the FIFA Fan Award and the FIFA Fair Play Award, It will take place on 17 January in a television program that will be broadcast live from FIFA headquarters in Zurich.

FIFA also announced The Best for the best player of the year. Women’s soccer legend Kristine Lilly unveiled all three names in a live-streamed introduction event and discussed her chances of winning these prestigious awards. The three finalists, with a clear Spanish accent, are Jennifer Hermoso (Barcelona), Sam Kerr (Chelsea) and Alexia Putellas (Barcelona), who have already won the Ballon d’Or.

Barcelona: How much did you invest in trying to replace Dani Alves?
Antonio Conte: Passion as a principle to understand football and life
Barcelona to crucial meeting in soccer Champions League
FOOTBALL 1112

Loading...
Newer Post
The 5 best fights in boxing history: Muhammad Ali starred in one of them
Older Post
Hamilton turns 37 as F1 fans wait for him to end his silence