There is no forgiveness for the Lakers 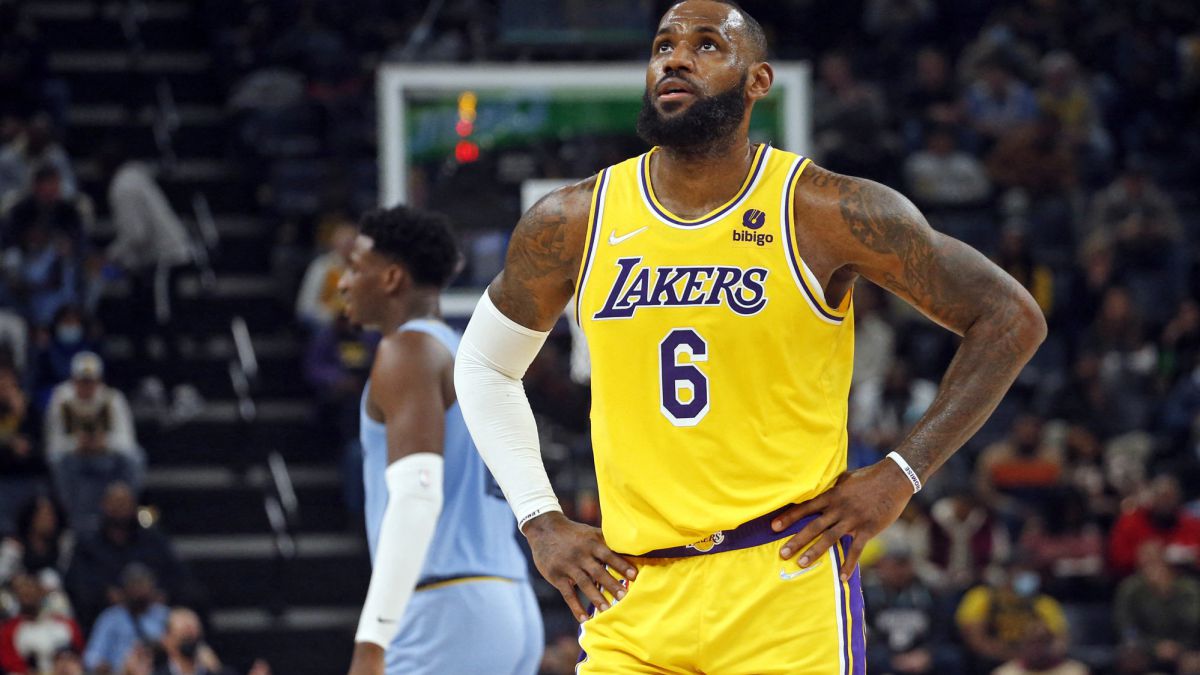 There is no way: after beating the Celtics with good feelings, excellent for their pace this season, the Lakers had a back to back outside the Sta

There is no way: after beating the Celtics with good feelings, excellent for their pace this season, the Lakers had a back to back outside the Staples (Grizzlies-Thunder) to show (and prove) that they had found a foothold. To give reasons of faith to those who keep it, who are less and less in LA. Good teams start at some point, get going and don’t look back. The volunteers who believed that the visit of some Celtics that are not to shoot rockets had been that match, that reboot, they’ve had just over 48 hours of happiness. In Tennessee all the worst vices reappeared and the Lakers lost (108-95) in a resounding way; certainly embarrassing but, in reality, absolutely logical.

Logical because the Grizzlies are now a better team: 15-11 by the 13-13 of the Lakers, anchored in mediocrity, in the most absolute nothing. Logical because he who does not defend absolutely and does not take care of the ball in attack usually loses. Even against an opponent who is missing his best player (Ja Morant), a major agitator like Dillon Brooks and two rotation pieces (Kyle Anderson and Brandon Clarke). That casualty list, and that the Grizzlies played in back to back After the Mavericks ended their hot streak, he is still pointing out the Lakers, common suspects. That tonight they play in Oklahoma City, a game with morbid because they lost, absolutely resoundingly, their previous two games against the Thunder. It has been more than a month since the second game and it is surprising (or not) how little things have changed in the Los Angeles team.

Anyone watching this game against the Grizzlies would think, it is logical, that Frank Vogel, can play the position tonight, in OKC. But Jeanie Buss just said that there will be no decisions about it yet, not without the whole team.. Now only Kendrick Nunn and Trevor Ariza are missing, a wonderful forward who has become something like the burning nail because his presence would release the formidable version of the Lakers, which has not yet appeared remotely. At this point, that seems like magical thinking. Ariza, at a good level, would improve the defense of the Lakers, fulfill his role as 3 + D and would allow a readjustment of the theoretically ideal quintet, with LeBron James from four and Anthony Davis from five. But Ariza is 36 years old, still has no return date and by now it is more than obvious that the problems go far beyond nursing. That excuse expired. That is worth to talk about how aspirant are you to the ring. Not so that you see yourself wondering if you’re a playoff team, even in the worst West in recent years. At 13-13 after a friendly schedule to say the least, and with a hell of tough games ahead of it, it is a very serious thought.

This time, the Lakers got off to a good start. They played a good first quarter in attack, with dunks and small advantages. And they disappeared later. No defensive coordination, no attitude, lack of physique and concentration to avoid the Grizzlies’ attack rebounds. And, in attack, a cataract of unnecessary, ridiculous losses, the kind that make it clear that either you don’t have your head in the game or you don’t really care too much about it. Or a little of both. Russell Westbrook, after a few very good weeks, returned to his worst version: 9 points, 6 rebounds, 7 assists, only 9 shots to the basket and 6 losses. LeBron added the 100th triple-double of his career (20 + 10 + 11) and accompanied him with 5 losses and 1/6 in triples. It is, a matter of physique and fuel, the season in which it depends the most on its outside shot. A terrible symptom with, in addition, some discreet percentages. And Anthony Davis, who is clearly the most disappointing X in this dumpy equation, once again did not dominate the game: 22 + 8, empty calories. Without Westbrook’s doubts and need for engagement and reinvention, and without LeBron’s age and miles, it’s unacceptable how little Davis is giving this season. Incomprehensible, devastating for the Lakers.

At halftime, Vogel saw that the bleeding from the rebound was going to cost them a lot and he put in Dwight Howard. There was a 0-9 start (59-62) and road leads until 68-72 at 6:50 from the end of the third quarter. From there, the Lakers scored 23 points. In more than 18 minutes. And they hardly resisted. They had no attitude, neither physical nor basketball. And they delivered the game with 9-2 that opened the last quarter.

The one who sought it won, the one who wanted to win. Honor the Grizzlies for it. A team that continues to add without Ja Morant, in which Jaren Jackson (25 + 5) is vindicated and in which Desmond Bane is increasingly important (23 points, 5 triples). Tyus Jones is an underrated point guard, and the Lakers’ miseries allowed a second emergency unit to shine: even the nearly-evicted Jarrett Culver was important in a victory that was no accident. A team is alive, it has the will and energy and it fights against its limitations almost every night. AND the other cannot stop being a vain corpse, a shadow of what it should be, a moving mountain of excuses. In the duel between the two, the first won. And, seen this way, it seems a matter of logic. You don’t have to give it much more thought.

San Antonio Spurs – Sacramento Kings, live
The University of Polo: “We are like the NBA, but we are not in the USA”
NBA: Know all the titles won by Dennis Rodman | Basketball 123
NBA 2843

Loading...
Newer Post
“Florentino explained to me why Kroos was the signing of the century”
Older Post
JJ.OO. | Boxing at risk of being left out of Los Angeles 2028