“There is no leader in Ferrari” 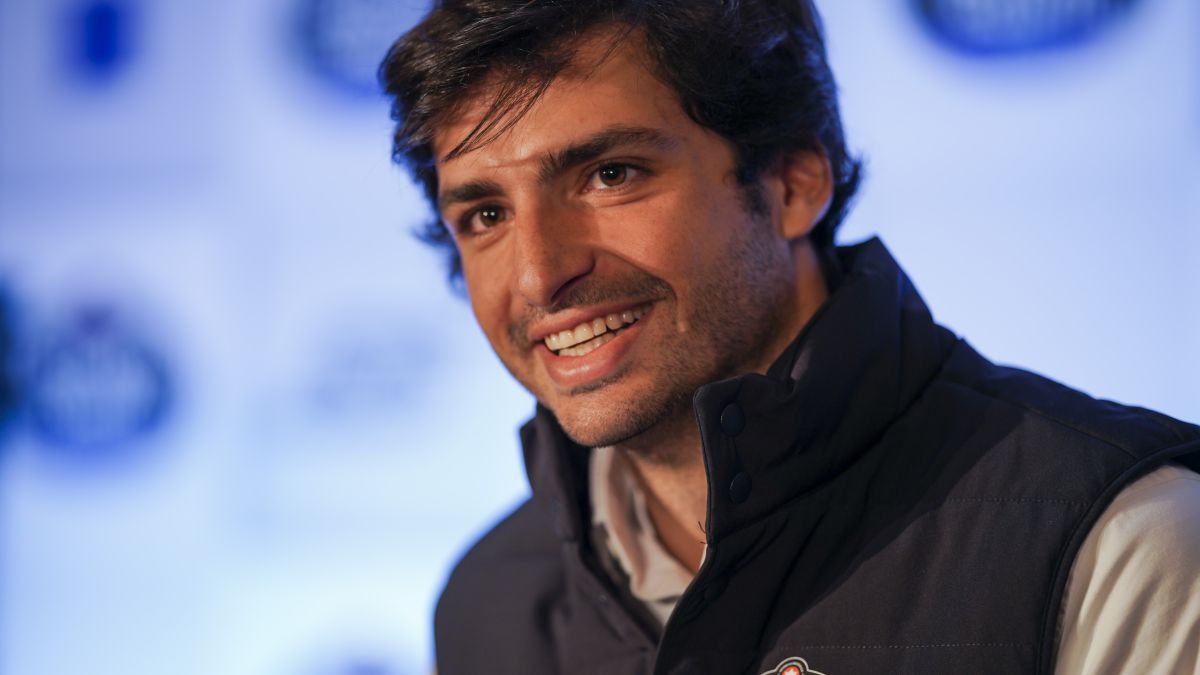 On a cold winter morning Carlos Sainz's Christmas karting that Estrella Galicia has organized for three seasons rivals the Lottery. A classic of t

On a cold winter morning Carlos Sainz’s Christmas karting that Estrella Galicia has organized for three seasons rivals the Lottery. A classic of these holidays, an antigen test, to say goodbye to his first year at Ferrari. Four podiums, in Monaco, Hungary, Russia and Abu Dhabi. Fifth place in constructors, ahead of Norris or Leclerc. In Maranello there is already talk of a renovation that should arrive this winter. And the 27-year-old from Madrid, in the best moment of his career: “I feel good, fulfilled, I set ambitious goals at the beginning of the year and also for September, in the second half of the season. They have been fulfilled, I marked my steps and guidelines and I finished the season with a high level in the car and with myself. I was able to finish as I wanted, with progression and good results. “

The podium at Yas Marina was emotional, along with Verstappen and Hamilton, albeit with an asterisk: “I would have liked to see that fight up close, but it had doubled up. It could be my first fight for a victory in F1 and it turned into a watch how I take off the bent to save the podium. ” “I was a little downcast, I couldn’t see that fight, especially knowing that if they collided I would win the race. These are things that F1 will have to analyze in the future. “On that podium, from the inside:” There is not much talk in those situations. And the word robbery did not come out (he joked) “.

To close 2021, he did not choose his best overtaking, but his most aggressive race: “Turkey. Not for a specific overtaking, but for the entire race coming from the end and overtaking practically a car in the same curve, on each lap. Some risky, like the one of Vettel, a little to the limit “. Regarding the Charles-Carlos binomial: “Ferrari does not care who is in front, it is anecdotalHe cares that we both score a lot of points. In Ferrari there are no leaders, we both started on equal terms and last year not many people believed me. It has been proven, they are two good drivers who lead the team towards where we both want, which is to win as soon as possible. There is no leader, there are two even riders. “

Ferrari speaks of an “innovative” car for next year and sets “poles and victories” as a goal in 2022, in Binotto’s words. Sainz picks up the glove: “I have been able to test it in the simulator, it is very different, both in terms of driving and form. It will be hard to drive, very different, the cars of 2021 are very comfortable and perfect in curves and next year’s will be fast, it will not be as far as we thought, but very hard. “

“I would like to fight again to be at the top with Ferrari. The rule change that there will be is a good opportunity and I would love to have that feeling of fighting for a first victory. That it will be achieved, nobody knows. Neither Ferrari nor McLaren nor Alpine nor Red Bull. We do not know where we are or where we are going to be. But asked, I would like to fight for victories with Ferrari. “” I think all teams have a chance next year. Alpine, Aston Martin, Mercedes, Red Bull, McLaren and we have a good opportunity to make a qualitative leap and get into the fight. The best teams will continue to be so, but I wouldn’t mind fighting for a World Cup with Fernando and the other riders on the grid, because there is a very high level. The more drivers up there, the better for F1 “, says Spanish.

He has a contract with Ferrari until 2022 and during the winter they will negotiate an extension, as confirmed by both parties. It will not be difficult to reach an agreement: “We have to sit down and talk calmly, put all the options on the table and see which is the most attractive for me and also for Ferrari.. I am very happy at Ferrari, it is an ideal beginning of the relationship. We are happy both parties. We should talk this winter. “But now, well-deserved holidays. Some Madridista comment (” Vinicius is one of the best in the world, Benzema at an incredible level, Mbappé would not be unnecessary … “). Sainz toasts Carlos Sainz from Madrid at this Karting with Galician beer for a great 2021, and an even better 2022.