These are the Ecuadorians who have gone through the UFC 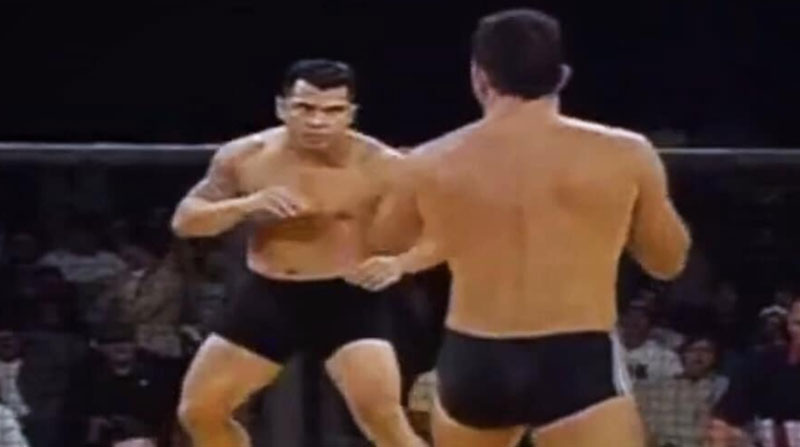 The night of September 21, 2021 Michael Morales Hurtado won his match in the Contender Series and signed a contract to fight for

The night of September 21, 2021 Michael Morales Hurtado won his match in the Contender Series and signed a contract to fight for the Ultimate Fighting Championship (UFC), the mixed martial arts company in which the manabita is also Marlon Vera. However, before them another ecuadorian He had the courage to get into that famous cage, at the beginning of this company.

Is about Rudyard moncayo, 48, who resides in the United States.

At present, mixed martial arts are increasingly popular on the planet, but three decades ago, at the beginning of the 90’s of the last century, it was a novelty to see representatives of different martial arts, such as karate fighters, jodocas, face each other in a cage, with very few rules.

From that generation of pioneers it is Moncayo, who participated in the ‘UFC 6, Clash of the Titans’, which was held on July 14, 1995 at the Casper Events Center in Wyoming, United States.

In videos that can be seen on social networks, the combat between Moncayo and the american Patrick Smith, a fighter who was even a participant in the ‘UFC1, The Beginning’, in November 1993. Before Moncayo, Smith took the victory.

In the documentary MMA Ecuador, available on the channel YouTube Parallel Media, Moncayo relates that he saw a commercial on television and was encouraged to fight. He contacted the organizer, sent his video and they called him to compete. “I was the first Ecuadorian, I was the first South American besides the Brazilians in the UFC,” says the former fighter in the documentary.

In that 1995 billboard they participated legends of this sport as Ken Shamrock, Dan severn, ‘Tank ‘Abbott and others. Those and other fighters, like the Brazilian Royce Gracie, The dutch Gerard Gordeau, Among others, they laid the foundations for what is now one of the combat companies that most excite fans.

In the beginning, there were no weight categories and there were almost no rules. It was allowed to pull the hair, hit on the nape or take from the cage, things that can not be done now. The sport has evolved to the point that now, in the UFC, there are eight men’s and four women’s categories. In Asia, Europe and other continents there are also very famous companies, with billboards that attract thousands of spectators.

The Ecuadorian company EMMA announces a billboard for mixed martial arts for October 23, 2021 in Cuenca. Michael Morales Stolen He was champion in this professional league, in an event that took place in October 2020.

After that, the next match of Morales It was in April 2021 in Mexico and on September 21 he reached his 12th triumph in Las Vegas, in his victory against Nikolay Veretennikov (Kazakhstan) in the Danna White’s Contender Series. That triumph and his presentation allowed him to sign a contract with the UFC.

In that company, since 2014, there is also the manabita Marlon ‘Chito’ Vera currently ranked 13th in the Bantamweight. His next challenge will be against former champion Frankie Edgar on November 6, 2021.

DOUBLE STRIKE TRICOLOR! 👊🇪🇨💪 Michael Morales wins his match and gets a contract with the #UFC. Currently, he will be the second Ecuadorian along with ‘Chito’ Vera in the most important MMA company »https://t.co/Nrhv0lFojB pic.twitter.com/RKvTn1Jeui

MMA: Former UFC fighter Brendan Schaub rescues three children in a car accident
MMA commits polygon proposal that creates the Humboldt Archipelago Marine Area
No action on Saturday, when are the fights back in the UFC?
UFC/MMA 142