These are the highest paid players in Colombian Professional Soccer 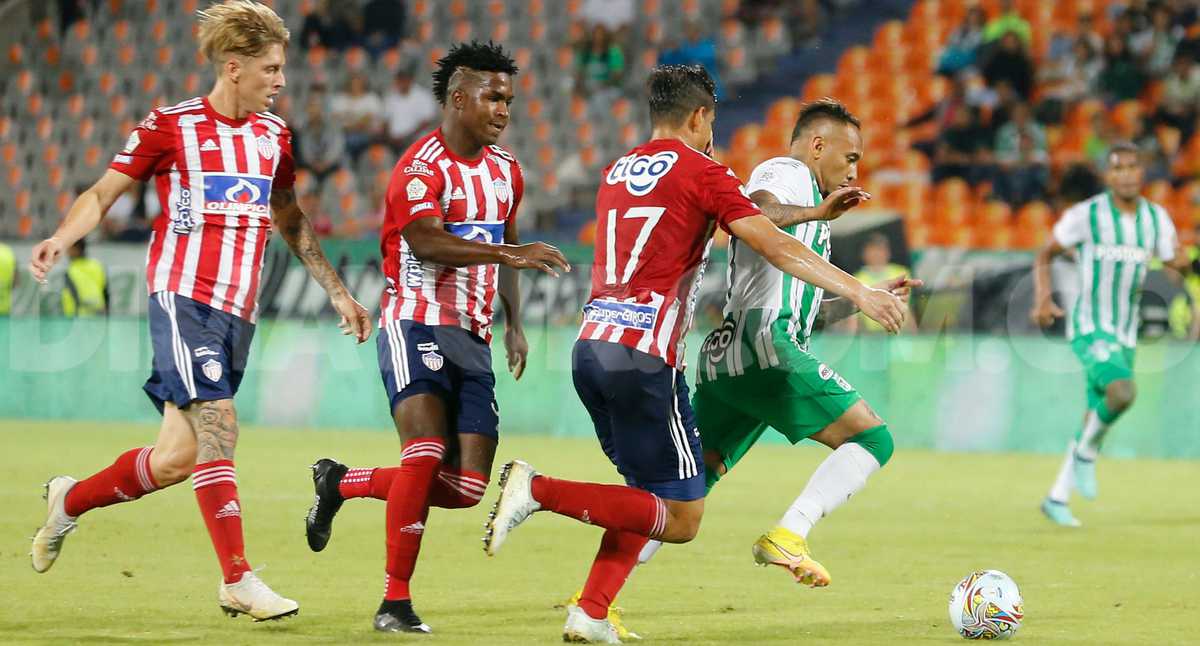 Colombian professional soccer no longer has the figures that were seen in the 80s, 90s and early 2000s. However, there are several players who sto

Colombian professional soccer no longer has the figures that were seen in the 80s, 90s and early 2000s. However, there are several players who stood out from the rest, firstly because of their talent and experience on the field, but also because of the salaries they receive month after month, which makes them the highest paid players in the Colombian League.

And although compared to the best paid players in other South American leagues such as the Brazilian Serie A or the Argentine League, Colombian soccer players earn much less money; When this comparison is made with the normal salaries of Colombians, it is clear that the players have privileged salaries to which few can aspire.

It is known by all Colombian soccer fans that Junior de Barranquilla and Atlético Nacional are the teams with the most money in recent years in Colombian soccer. Reason why these two teams have the luxury of hiring the best payrolls in the country and, according to Antena 2, also of paying the best salaries to the BetPlay League footballers.

However, apart from these two teams, there is one that is surprising for having one of the five highest paid players in the local tournament. Deportivo Cali, despite its sporting and economic crisis, has one of the Colombian soccer players with the best salary in the country. The five best paid players are the following, according to Antena 2:

1. The highest paid soccer player in the Colombian League is Carlos Bacca. The 36-year-old player returned to Junior de Barranquilla after several years in European football and playing the 2018 World Cup in Russia with the Colombian National Team. His current salary would be close to $350 million Colombian pesos each month.

2. The second best paid soccer player is an old acquaintance of Junior de Barranquilla, Teófilo Gutiérrez. The Deportivo Cali player has a salary of 250 million Colombian pesos per month. Despite being the main figure in the last title of the sugar box, the 37-year-old footballer has been heavily criticized in recent games by Verdiblanco fans.

3. Dorlan Pabón, from Atlético Nacional, with a monthly salary of 215 million Colombian pesos per month, is the third highest paid soccer player in the Colombian League. The purslane idol returned to his love team where he managed to win the club’s 17th star.

4. Another Nacional player, Jefferson Duque, is the fourth highest paid player in Colombia. The striker, at 35 years old, has a salary of 180 million Colombian pesos each month.

5. The list of the five soccer players with the best salaries in Colombia is closed by the striker of Junior de Barranquilla Fernando Uribe. The former Millonarios player came to the shark to earn a monthly salary of 180 million Colombian pesos.

Without a doubt, there are several factors that the five footballers with the best salaries in the BetPlay League have in common. However, the most striking are those of older players, forwards or attackers.

Showing that in Colombia the clubs greatly value the experience of the soccer players and also their scoring ability. Something that almost always ends up translating into victories and titles. So these types of players have the luxury of receiving amazing salaries every month.

Arturo Vidal is among the champions of social networks in European football
‘The Figo case’: the signing that changed the history of football and Real Madrid
Cavani to River? The bomb that shakes Argentine soccer and reverberates in Boca
FOOTBALL 3654