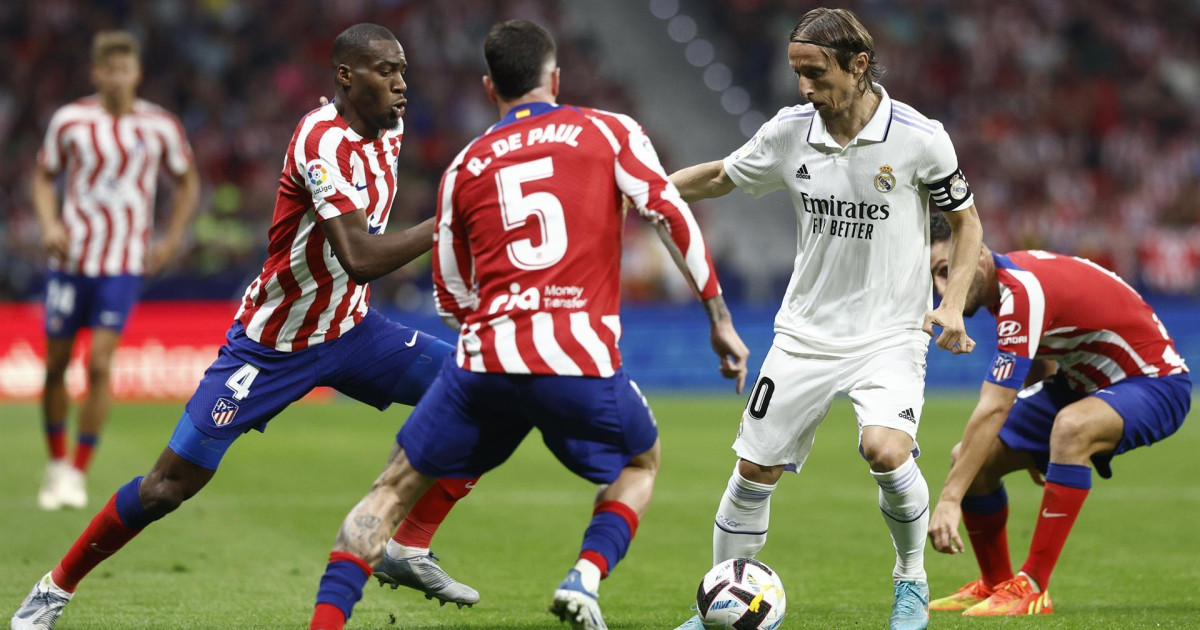 The year 2022 is undoubtedly the craziest in football history. There is a World Cup, like every four years, but it is not played in the summer. There is a League, as always, but it will not be played in half of November or in almost all of December. There are also Champions, but the group stage will not end at the end of the year as usual, but at the beginning of November.

Football this year a complex schedule, very different from usual. The League stops, then the Copa del Rey is played, in the middle there is a World Cup with practically no previous concentration, there is football on New Year’s Eve and not on Christmas… the dates are different from those of other years and that is why there is still a lot people, also regular soccer fans, who already with the season started have many doubts about what soccer will be like from here to the rest of the year and more with a World Cup in between.

The key date is November 20. That day, Sunday, the Qatar World Cup starts, the first in history to be played in November. FIFA agreed to change the entire calendar for the simple fact of giving the great football event to a country where it is impossible to play in summer due to high temperatures. That is why it is played in December, when Qatar can host the World Cup. This circumstance means that everyone had to adapt and modify their national calendars. Although the World Cup begins on November 20, FIFA forced that as of Monday the 14th no country could host official club matches. That day is the first in which the Spanish team will concentrate, which will only have a week of preparation before its first game against Costa Rica. On the 23rd he will make his debut in Qatar, although before that – on the 17th – he will play a friendly in Jordan.

Faced with such an imposition, in Spain the mess is greater because LaLiga ends but before the players concentrate with the national team, the dispute of the first round of the Copa del Rey has been entered, a phase in which four teams are exempt: Real Madrid, Barcelona, ​​Betis and Valencia. For the players of these clubs the competition will stop on November 9 (or 10), while for the rest it will be on Sunday November 13.

The football calendar in November and December

Thus, the last day of the League before the World Cup will be the one played from Tuesday 8 to Thursday 10 November. It is the fourteenth date of the championship, in which the Real Madrid-Cádiz, Osasuna-Barcelona and Mallorca-Atlético de Madrid matches stand out. After that, the aforementioned first date of the Copa del Rey will be played, the duels in which many teams from lower categories are involved.

With Spain concentrated from November 14, Luis Enrique’s team will play its first game on Wednesday, November 23 at 5:00 p.m. It will be against Costa Rica. They will then play on Sunday, November 27 and Thursday, December 1, against Germany and Japan, respectively, both at 8:00 p.m. Spanish peninsular time. If he goes to the round of 16 – as is his obligation – he will play that round on Monday, December 5 or Tuesday, December 6, a date to be determined depending on whether he is first or second in the group. That position will also mark the next rounds if it is reaching them: the quarterfinal match will be played on Friday the 9th or Saturday the 10th and the semifinals on Tuesday the 13th or Wednesday the 14th. The grand final of the World Cup will be on Sunday, December 18.

Far from football having a rest break after the World Cup, the competition in Spain will resume just two days after that final in Qatar. On Tuesday 20 and Wednesday 21 December the second round of the Copa del Rey will be played, from which Real Madrid, Barcelona, ​​Betis and Valencia are once again exempt. These four teams will play their first game after the World Cup at the end of the year, on a day that LaLiga has put between December 29, 30 and 31. The date of New Year’s Eve is for the matches in which teams from geographical proximity play, so the duels Barcelona-Espanyol (derby of the Ciudad Condal), Real Sociedad-Osasuna and Villarreal-Valencia will certainly be played on the 31st. Real Madrid plays that day -possibly on the 30th, but official confirmation is lacking- in Valladolid, while Atlético hosts Elche.

Well into 2023, the third round of the Copa del Rey will be played in the Kings qualifier – the four previously exempt clubs already enter here – and the first day of the new year’s League will be from 6 to 9, the 16th day of the season , with the visit of Real Madrid to Villarreal and one of the great LaLiga duels: Atlético de Madrid-Barcelona.

International Soccer: The great goals that shook this weekend
How many times has Argentina won the World Cup?
How did you get into American soccer? His suffered testimony in Mexico
FOOTBALL 4364