They are the richest boxers in the world; there are two mexicans 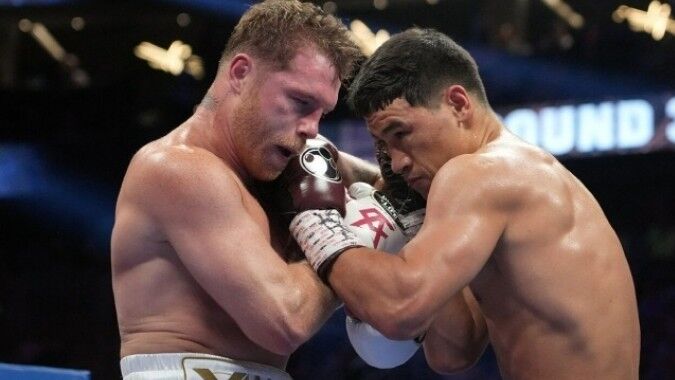 Lyou boxers are exponents of a discipline that has made them truly millionaire athletes, and that talent has led them to have many zeros in their b

They are the richest boxers in the world; there are two mexicans

Lyou boxers are exponents of a discipline that has made them truly millionaire athletes, and that talent has led them to have many zeros in their bank accounts. According to the ranking of Celebrity networth we tell you who are the richest boxers in the world.

Something to highlight in this ranking, is that there are two Mexican boxers among the richest boxers on the planet.

According to reports The Money, in 2019, Floyd Mayweather won nine million dollars for a fight that only lasted 14 seconds. While the promoter of Mexican origin Oscar de la hoya continues to increase his wealth thanks to his business in the boxing world, the most important being Golden Boy Promotions.

The profits that Canelo Álvarez has reported in recent years they point out that in a very short time he will be among the richest boxers in history. Even in the next few years, the native of Jalisco will increase his profits substantially, as he keeps in force and fighting three or more times a year.

Floyd Mayweather is known as The Money, and every time he gets into the ring, even if it’s an exhibition fight. In his last step in professional boxing, Mayweather pocketed an impressive $275 million. It was in his fight with the star of UFC Conor McGregor and the PPV skyrocketed.

Manny Pacquiao, nicknamed Pacman they made approximately $20-25 million per fight before facing Floyd Mayweather the most lucrative in boxing history. Although he lost his battle with the American in this fight, Pacquiao he took home a whopping amount of over 120 million. The senator still fights and pockets a substantial amount of money. His net worth is around $200 million.

two years ago, Canelo Álvarez signed a lucrative contract with DAZN for an impressive $365 million for 11 fights. The agreement was for a period of 3 years. This generated the Canelo between 35 and 40 million dollars per fightbut the deal was canceled due to legal difficulties.

However the Canelo made big money this decade since his fight with Floyd Mayweather in 2013. He took $12 million to his account in that fight. On average he earns between 25 and 30 million per fight today. In his last fight against Callum Smith, Álvarez earned more than 25 million dollars. His net worth is estimated to be around $140 million.

the british Anthony Joshua has had several classic encounters so far. Last year, his rematch with Andy Ruiz Jr. It was worth approximately $35 million. Joshua They won this rematch after suffering the biggest upset of their race against Ruiz. He has a very popular profile on social networks and is followed by millions, so he also receives income through this medium.

The Gypsy King, or also known as Tyson Furygave a blow of authority in the world of boxing by knock out the mighty Deontay Wilder. Though his first matchup ended in a disappointing draw, Fury left no stone unturned in their rematch. He earned almost 28 million dollars in this rematch.

Tags: boxing, Floyd Mayweather - USA Latino, Manny Pacquiao - USA Latino
Dmitry Bivol: Why is the boxer banned from fighting in the UK?
Cuba vs. the “Rest of the World” in professional boxing poster in the US
Boxing: Tyson Fury: “This may be the last time the curtain falls on the Gypsy King, I promised my wife”
BOXING 3213

Loading...
Newer Post
107 tickets sold without knowing the venue
Older Post
Mikel Arriola wants to achieve elite football with the union of Liga MX and MLS: “We are building a model that will be an example for the rest of the world”