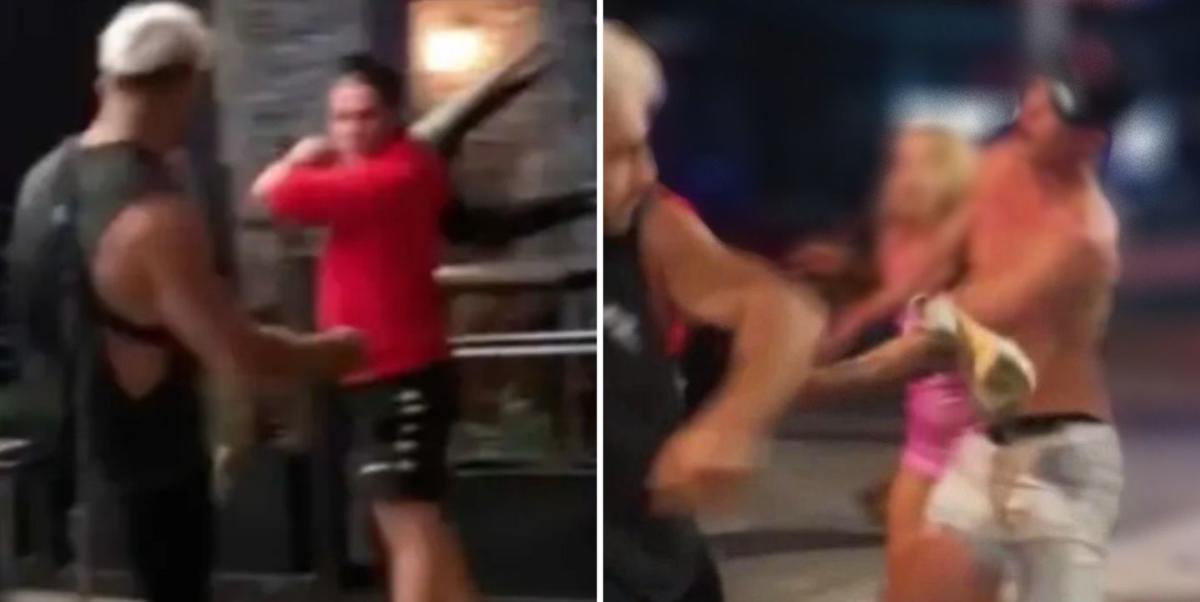 Photo credit: Striking Breakdownsthe fighter of MMA Victor Lyall He has been the protagonist of a viral video in which two young people tried to at

the fighter of MMA Victor Lyall He has been the protagonist of a viral video in which two young people tried to attack him but received a self-defense lesson. The 32-year-old fighter responded calmly and forcefully to two guys who tried to assault him when he defended another personas explained by number 8 of the mixed martial arts ranking of Australia.

In two different videos that have been published on the internet, it is observed how two young men accompanied by a girl try to surround and hit Viktor Lyall in a shopping center Brisbane (Australia). The fighter, far from looking for a confrontation, keeps his distance and tries to warn the boys on a couple of occasions when they approach. However, at their insistence and their threats, the MMA fighter first throw a slap to try to scare away the stalkers and finally uses a kick and a punch to hit each of them that almost manages to knock them unconscious.

As can be seen in the video, Viktor Lyall not only he was careful not to use techniques with which a professional could have caused great harm to those who tried to attack himbut avoided their cunning blows and in no case approached the girl who threatened him saying “My father is a bodybuilder”.

After the video was very popular on the internet, the fighter wanted to explain on Instagram the reasons for the incident that happened in a shopping center. “I intervened because someone was being assaulted,” he explained of the moments leading up to the boys’ harassment. “Although the two men were brutally beating someone together, this stopped. That the video went viral is probably (I hope) punishment enough for them. Please don’t harass them,” Viktor Lyall wrote on his Instagram account.

On the other hand, the fighter stated that he does not want to talk about it anymore and when asked about his self-defense lesson with calm and psychological control, he assured that he had his experience as a differential factor. “Definitely, for me it was just a bit of training. It’s good that nobody got hurt.”he concluded.

VIDEO: An MMA world champion challenges his gym mates to punch him without moving

Omar Morales already has a rival for UFC 266
UFC 276: The loud and brutal KO that has impacted the UFC: “It’s a murderer”
MMA: Do not paint the car of an MMA fighter or you can take a beating like the one Ricardo ‘El Loco’ Arreola gave
UFC/MMA 1198