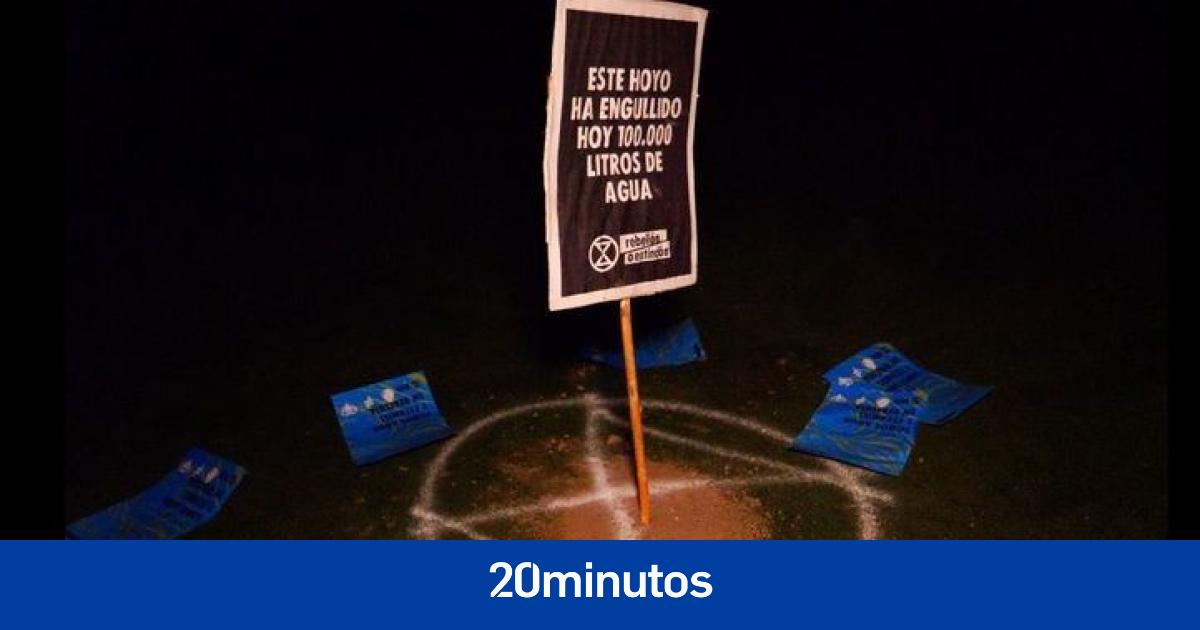 Activists of the 'Rebellion or Exti

Activists of the ‘Rebellion or Extinction’ movement have carried out an action at the Club de Campo Villa de Madrid in protest for the waste of water in these facilities that host the Acciona Open de España de golf from this Thursday to Sunday and have covered three of the green holes with cement.

With this action, the movement against the climate crisis wants to denounce the waste of water in the context of one of the worst droughts that Europe has suffered in the last 2,110 years of its history and after the Agency after the State Meteorological Agency (Aemet) declared this summer as the hottest recorded in Spain.

Specifically, members of this movement they have covered with cement three holes in the field hours before the start of the Spanish Open. Likewise, they have placed a poster on them in which it is warned that ‘this today has swallowed 100,000 liters of water’. Likewise, they have denounced that “the enjoyment of a tiny part of the population cannot put at risk essential resources for life”.

With this intervention, Rebellion or Extinction has demanded a referendum “for the citizenry to take control of the water and can decide whether to ban golf in Spain, thus protecting our water reserves with minimal sacrifice”.