They deny that ‘Canelo’ has a tattoo with insult against AMLO 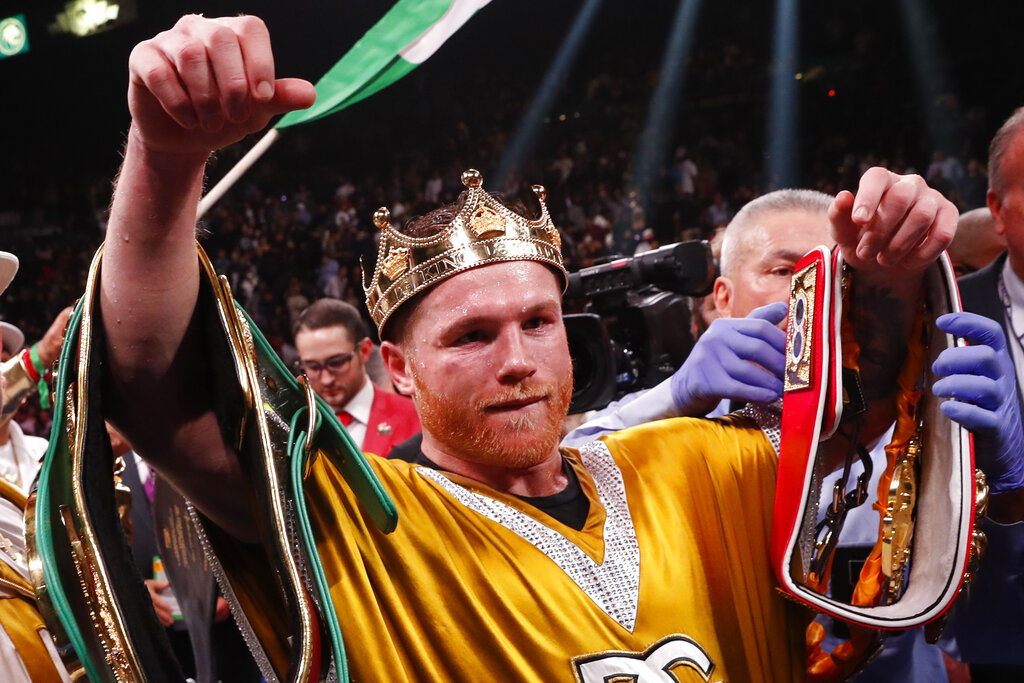 Mexico City.- A false photograph disseminated on social networks shows the Mexican boxer Saúl “Canelo” Alvarez wearing a tattoo that contains insults to President Andrés Manuel López Obrador, which, according to Associated Press investigations, does not exist, since the image was altered by opponents of the president.

A publication circulating on Facebook shows the altered photo of “Canelo” to falsely claim that the boxer tattooed a message containing an insult against López Obrador.

The publication has been shared in Facebook groups dedicated to disseminating content against López Obrador and users have reacted with critical comments towards the Mexican president.

However, the photo was altered. By making reversals of the image and reviewing elements such as the logos in the ring and the shorts with which Álvarez appears, The Associated Press verified that this is from a fight that occurred on February 27, 2021 in which Álvarez did not have any tattoos with insults towards López Obrador, but an inspirational phrase.

“Fate is not a matter of chance. It is a matter of decision. Life is difficult but never give up. Keep fighting and always have confidence in yourself to achieve your dreams, ”says the popular boxer’s tattoo.

The manipulated image corresponds to Álvarez’s fight against Turkish boxer Avni Yildirim in which the Mexican boxer beat his opponent by technical knockout in the match at Hard Rock Stadium in Miami Gardens, Florida, in the United States, reported AP.

Although at the beginning of the year “Canelo” expressed criticism about insecurity in Mexico, there are no news or internet records that Álvarez insulted López Obrador.

The altered image began to circulate after a fight in Las Vegas, Nevada, on November 6, in which he also defeated American Caleb Plant by knockout in 11 rounds, the AP reported. With this victory, the Mexican became the first undisputed champion of super middleweight boxers in history.