They elect the Board of Directors of the Sonoran Boxing Association 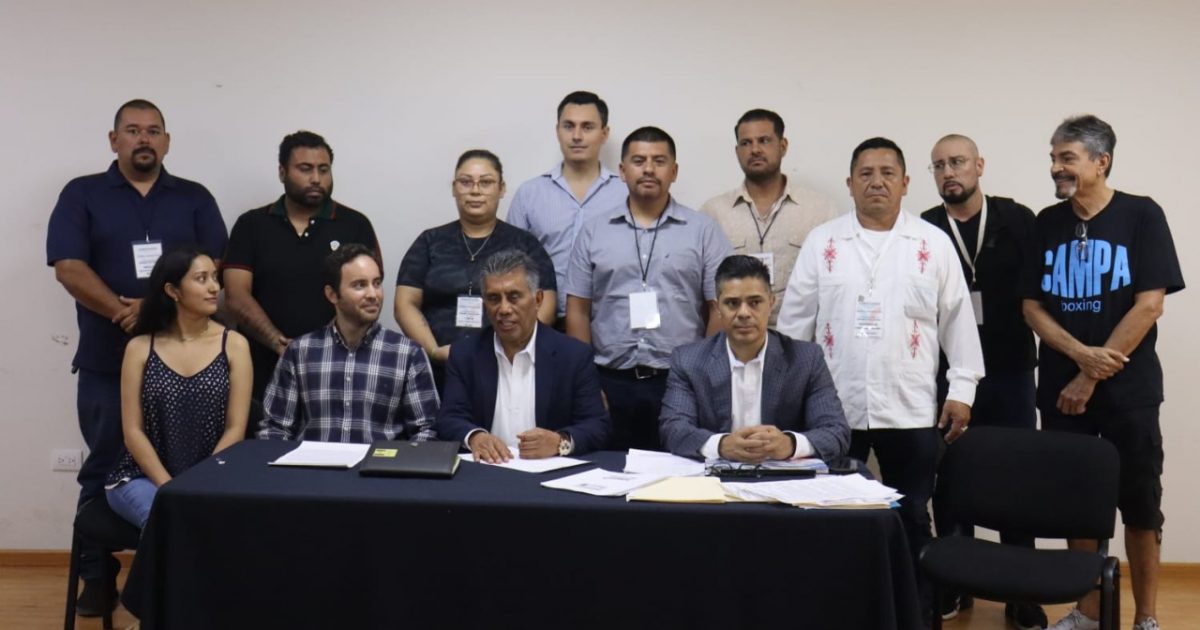 Hermosillo, Sonora; August 20, 2022.- The Sonoran Boxing Association held its Ordinary General Assembly this Thursday where a new Board of Direct

Hermosillo, Sonora; August 20, 2022.- The Sonoran Boxing Association held its Ordinary General Assembly this Thursday where a new Board of Directors was elected that will be at the forefront of amateur boxing in the entity for the next four years.

After the voting was held, as part of the agenda, the list headed by Francisco José Búrquez Díaz, who will be the new president of the Sonoran Amateur Boxing Association for the period 2022-26.

The new director of the Sonoran Boxing Association, Francisco José Búrquez Díaz, who entered amateur boxing two decades ago, said that they will look for more opportunities for the boxers of the entity.

“We want to give more activity to the boys, especially in rural areas, where talent comes from, the idea is to offer more opportunities to the kids, we will also have a focus on training to strengthen the technical groups that includes judges, coaches and referees, because everything about the boxer permeates from there,” he added.

To give faith and legality to the Ordinary General Assembly, was the president of the Mexican Boxing Federation, Ricardo Contreras, who, accompanied by the secretary of the organization, Óscar Contreras, took the protocol of the meeting; Likewise, the general director of Codeson, Erubiel Durazo, as well as Jesús Alberto García Velarde, deputy director of competitive sports, attended.

Within the framework of the event, the Mexican Federation of Amateur Boxing, delivered diplomas of recognition to Sonoran trainers Sergio Campa and Alberto Gutiérrez, for their 25 years forging generations of boxers.

He made fun of boxer and paid dearly: IBF champion went viral after fight with Twitter troll | Sports
They will define the best in the Bantamweight of the World Boxing Council
BOXING, Nico Ali Walsh: the knockout of Muhammad Ali’s grandson that everyone is talking about | VIRAL
BOXING 4168

Loading...
Newer Post
Impressive queues to get a ticket in the return of LaLiga to Belmonte
Older Post
Has an NFL player ever been cut during a preseason game?