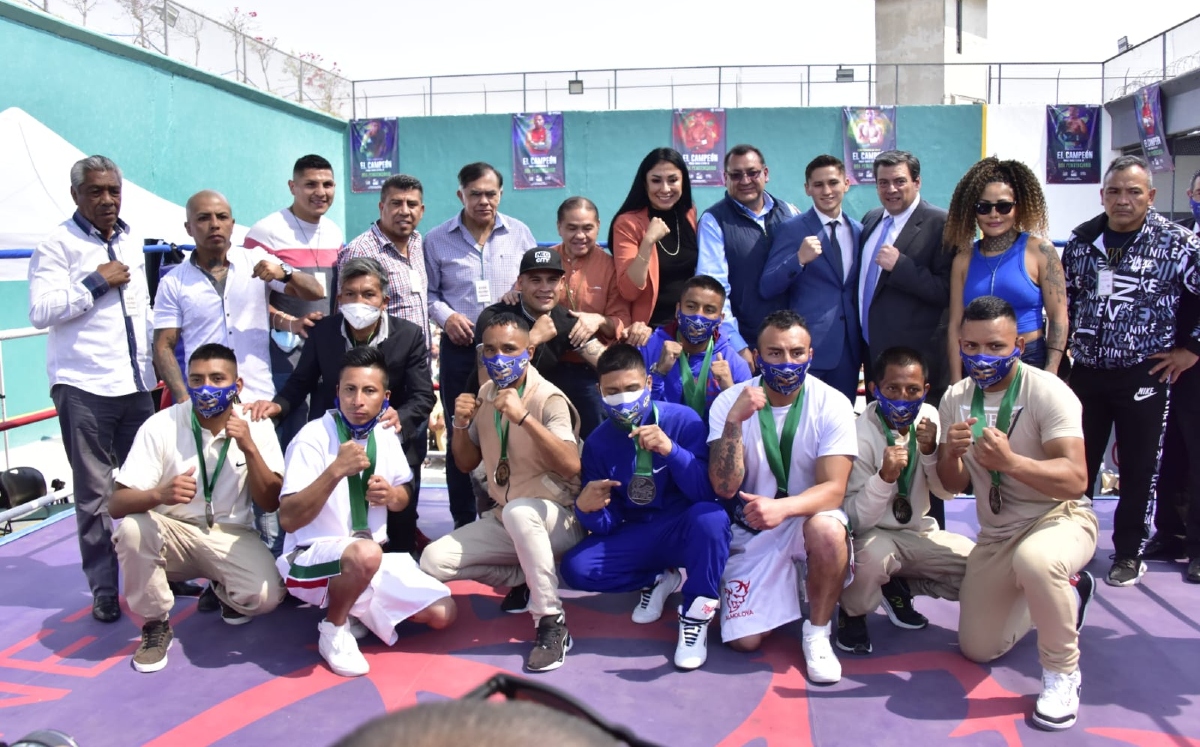 With the participation of representatives from the Social Reintegration Centers of Tenango del Valle, Chalco, Ecatepec, Tlalnepantla and Nezahualcóyotl, the first state prison boxing tournament was held today, with its first six champions.

Under the attentive gaze of sports figures such as former world champions Humberto La Chiquita González, Pipino Cuevas, Mariana Juárez and Mauricio Sulaiman, head of the World Boxing Council, the tournament was held in which people deprived of their liberty participated.

“In confinement I got to know boxing, now it’s something I like and now – if God gives me the opportunity to get out – I want to dedicate myself to this. Boxing is passion, life, style, education,” José said in an interview for La Afición. Luis Gómez, who found in boxing an inspiration so that when he gets out – when he manages to serve his nine-year sentence for robbery – he can dedicate himself to the trade.

Today we attend the Grand Final of a tournament between Social Reintegration Centers.
The values, discipline and heart inherent in boxing allow this sport to be a very important tool for rebuilding lives and the social fabric.@VIRAL_MX@EuniceRendon pic.twitter.com/F5PyZEGLjW

José Luis assured that his motivation to endure confinement revolves around sports, since he trains at least four times a week and that keeps him focused on staying away from vices and problems.

“Training has helped me control my emotions, and my emotions no longer control me. I think before I act. I have changed a lot, I have modified my life plan… but now that I have the sport, I find meaning in it. I fight, I think and I speak, I ask for suggestions as to why the problem is and we put things on the table,” he explained.

People deprived of their liberty have the option of being able to join this type of program, such as the ‘Knockout don’t throw in the towel’ program that teaches them how to practice sport and that can give them the foundations so that in the future they can even become boxing instructors.

“We all make mistakes, we are human. Being here is a special day, I know that they dedicated a lot of training, many hours of dedication, all of them looking for the dream of going down the ring with their hands raised. I was surprised at the level we saw,” he said. Mauricio Sulaiman, who reminded the fighters that in the past some figures such as Don King, Marvin Hagler or Mike Tyson also fell in jail and managed to get out to turn their lives around.

Tags: chiquita gonzalez, boxing, The hobby
Boxing: Tyson Fury closed the trilogue by shaking his jacket
Boxing: The Ukrainian Government’s plans for Usyk and Lomachenko point to the ring
UFC: Boxing vs MMA: which is more technical? and more brutal? Bisping gives the definitive answer
BOXING 3061