They install commissions for Box, Fight and MMA 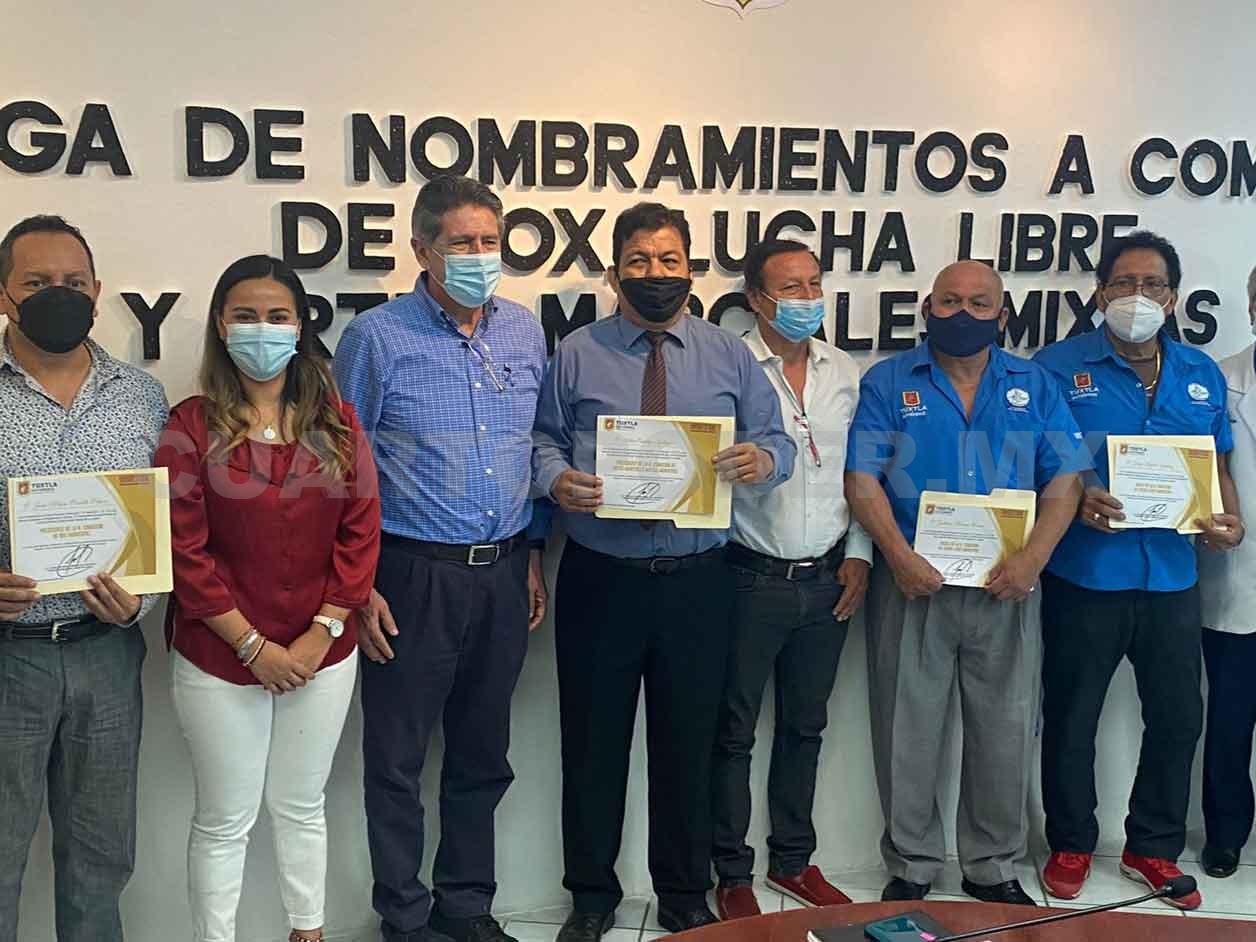 The H. City Council of Tuxtla Gutiérrez, in the figure of its municipal president, Carlos Morales Vázquez, granted the official appointments to the

The H. City Council of Tuxtla Gutiérrez, in the figure of its municipal president, Carlos Morales Vázquez, granted the official appointments to the boards of directors of the Boxing, Wrestling and Martial Arts commissions, which will be in charge of regulating the professional functions in this capital from today until the year 2024.

In the company of councilor Marcela Castillo Atristain, president of the Youth and Sports Commission, and the head of the Tuxtleco Sports Institute, Jaime Natarén Pimentel, Morales Vázquez entrusted the regulation of sports events in these disciplines to the honorary leaders.

Among the appointments, that of Juan Manuel Zebadúa Martínez (known in the pancratic world as “El Mexicano”) stands out, who repeats at the head of the Wrestling Commission. “For me it is something very important because it means that we are working well,” said the former fighter, and shared his joy for the trust they have placed in him to take the reins of the organization.

Similarly, the formation of the board of directors of the Martial Arts Commission, chaired by Adán Castillejos Gallegos, with a 25-year career as a coach, stood out. “It represents a responsibility, a privilege, a possibility to help Tuxtlecan society to spread Martial Arts correctly, in the case of Mixed Martial Arts (MMA), Muay Thai, Kick Boxing, Jiu Jitsu, in what It has to do with contact sports in both their professional and amateur phases, and we are going to work to be able to regularize the credentials for athletes, coaches and managers”, he explained.

For his part, Arturo Carrillo Caloca is the one who will be in charge of the Boxing Commission, for which he was excited about this challenge. “We are going to focus a lot on applying the Box regulations, because sometimes we see everything… And a fundamental part is protecting the boys. We have seen a disparity in terms of the people who are above the ring, in experience, in skills, in a career that some already have amateurs and others do not and anyway they put them as if they were equal; that is very risky. As I have told the boys who practice with me: ‘I am glad that you go up (to the ring), but I am more glad that you come down as you went up, with a smile, with pleasure, and the result does not matter, the valuable is that you return home safely,’” he pointed out.