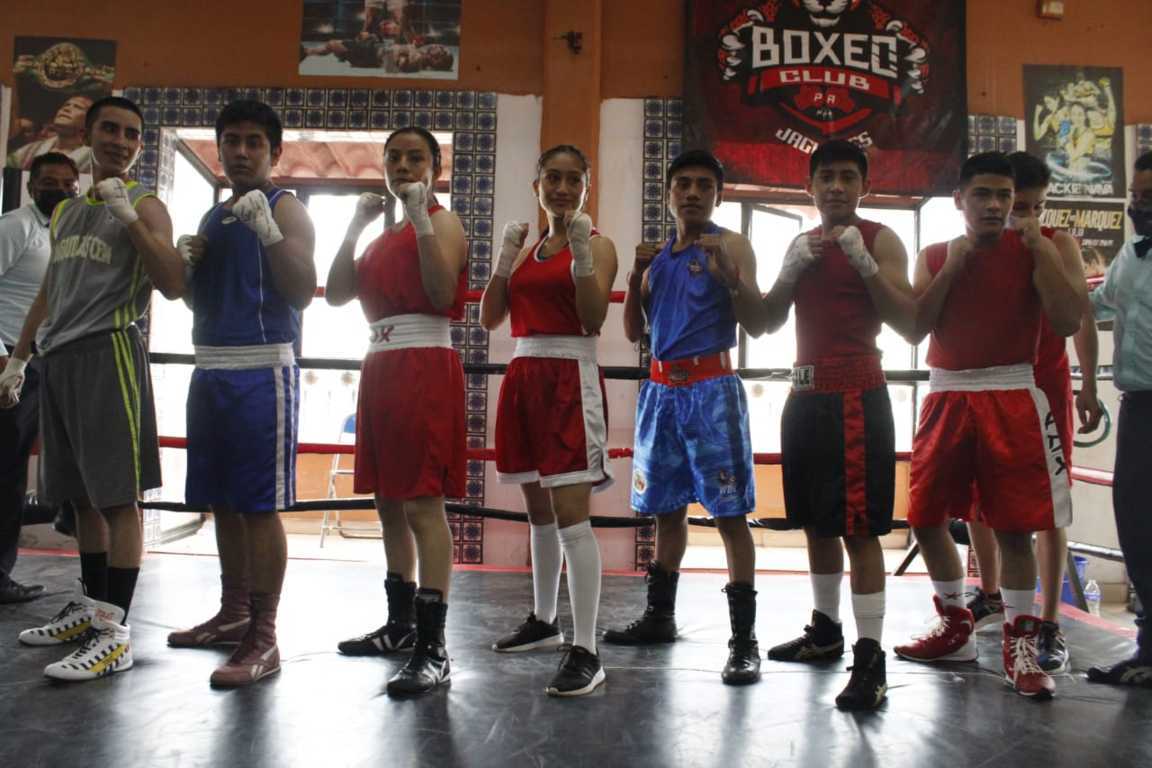 The Tlaxcala boxing team is made up of seven boxers and two boxers, they will represent the entity in the 2021 National Popular Games that wi

The Tlaxcala boxing team is made up of seven boxers and two boxers, they will represent the entity in the 2021 National Popular Games that will be held in Acapulco next October.

Zacatelco, Tlaxcala, September 15, 2021- The Tlaxcala boxing team that will participate in the 2021 National Popular Games was made up of nine boxers, seven of them men and two women, they will travel to seek to put the name of the entity very high in Acapulco, Guerrero, next October.

After 10 confrontations, which took place at the “Jaguares” Boxing Club, in the municipality of Zacatelco, who would make up the representative team of Tlaxcala became known.

Likewise, in the female branch, category of 57 Kilograms, Nataly Corona Hernádez was selected; and in the 48 Kilograms category, Fátima Gisela Flores Flores.

In his speech, the state delegate of the Popular Games 2021, Felipe Eduardo Portillo, revealed that in this edition Tlaxcala has a wide possibility to shine in the Boxing jousts, since this year, there was a greater call for young people, from municipalities such as Apizaco, San Pablo Del Monte, Zacatelco, Chiautempan, Santo Toribio Xicotzinco and Ayometla.

“Two years ago we only took six competitors … but we won five medals … now there was a little more call … we have nine fighters so we are working to win the medals,” he explained.

He explained that other states, like Tlaxcala, are conforming their delegations of athletes in this discipline this weekend, such as Puebla, Baja California, Chihuahua, Coahuila, State of Mexico, Zacatecas, Oaxaca, to name a few.

Tags: Tlaxcala Digital Newspaper, politics and politicians, Acatlán de Osorio
Dwayne Johnson’s Sneaker Brand Signs Multi-Year Deal With UFC
Whiskey, golf and fashion of the 20s, this is the bet of G Lounge during October
After F1, now Rappi points to football with a sponsorship of the Colombian National Team
BOXING 2685