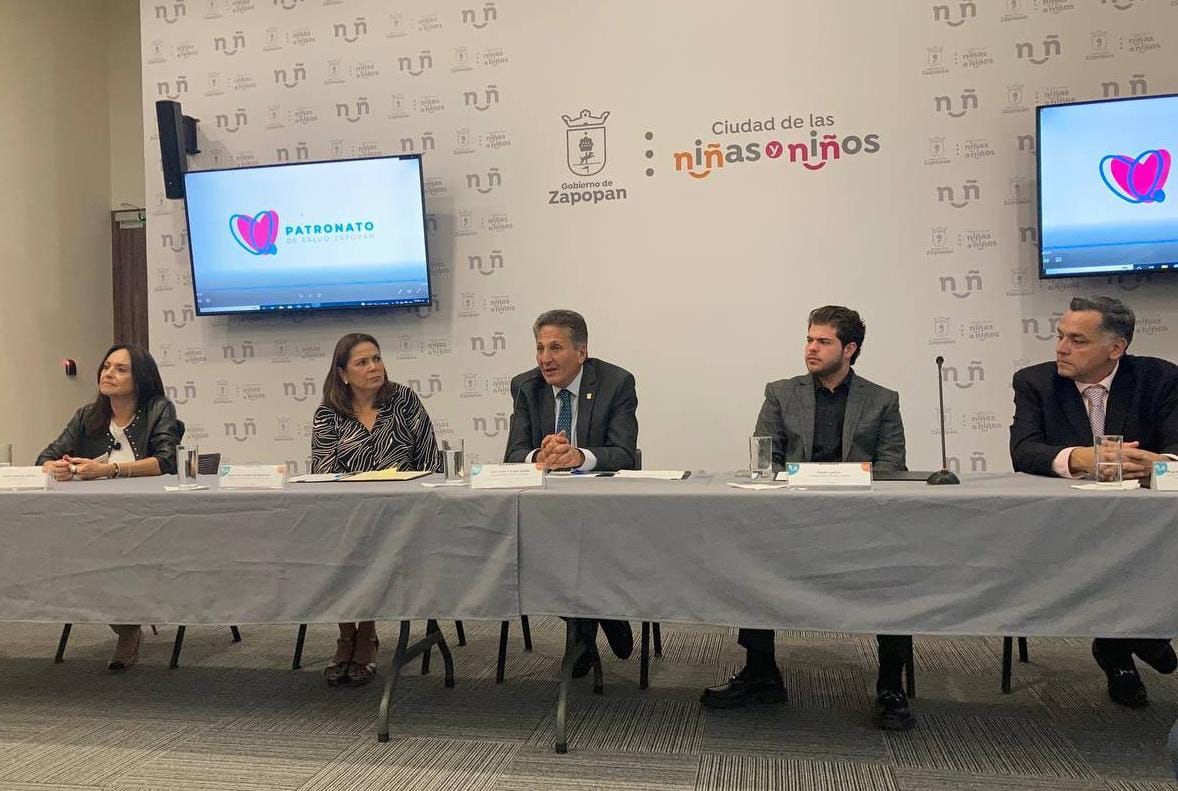 GUADALAJARA, Jal., September 19, 2022.- On September 26, Las Cañadas Country Club will open its doors to host the “For More Smiles” golf tournament, which will aim to raise funds for the benefit of patients of the General Hospital of Zapopan. The contest that was presented this Monday will bring together 28 teams made up of four players each.

The municipal president of Zapopan, Juan José Frangie, was in charge of presenting the tournament and thanking those who will make it possible. “It’s the first tournament we’ve held and we hope it won’t be the last. It really is not easy, especially in this type of golf tournament, thanks for all the support that all the sponsors who are there have given us. Thank you very much indeed for participating,” he said.

“Tell them that in Zapopan we are very proud to have the Hospitalito. I really don’t know if they know, but it is the only municipality in the Mexican Republic that has a hospital, why, I don’t know. This hospital is about to turn 75 years old, someone at that time came up with it and today we are the only municipality that has a hospital. The Hospitalito is an icon for Zapopan. The demand is such that we invested close to 200 million pesos in remodeling, equipment and in some way we already put it at a level so that people feel comfortable, worthy when they attend, “he added.

“On the other hand, I want to thank very much the team that manages the Hospitalito, they have been an example, people leave very happy. We have been trying to improve, because in health there is not enough money. We have already seen it in the pandemic, we have seen it in many cases, it is very difficult, but one fact: 50 percent of the Zapopan women who have their babies, who do not have social security or do not have access to a private hospital, have her baby in the Hospitalito. That is why we have wanted to go little by little giving them certain added values”, said Juan José Frangie.

“Only, the City Council cannot. This is a hospital that has a budget of approximately 700 to 800 million pesos a year. This is distributed by the City Council as a health work, but it is not enough. Maybe it’s enough for day to day, for current spending, but we can’t take much advantage in equipment, support for the families of the sick. We want to continue supporting El Hospitalito and improving it day by day. I feel very satisfied, because many people come for an emergency and never even imagine the service they are providing,” said the mayor of Zapopan.

“We are not going to stop him, but we cannot do it alone. I am sure that these types of events allow us to have resources to be able to allocate them where the Board of Trustees decides. That is not decided by the City Council, they decide where the needs are greatest. I invite you, there are still places, this tournament will be held next Monday. Later there will be a meal for the participants and something interesting is that there are prizes, vehicles that will be given by the sponsors for the holes in one. There will be prizes for the first places and also the “a gogo” modality is to live together. Thank you all”, concluded Juan José Frangie.

Registration for the Golf Tournament “For More Smiles” can be made until September 21 at the portal vitavi.mx/evento/torneo-de-golf-por-mas-sonrisas-2/ the cost is 4 thousand pesos per player and the accumulated prize pool is more than two million pesos.