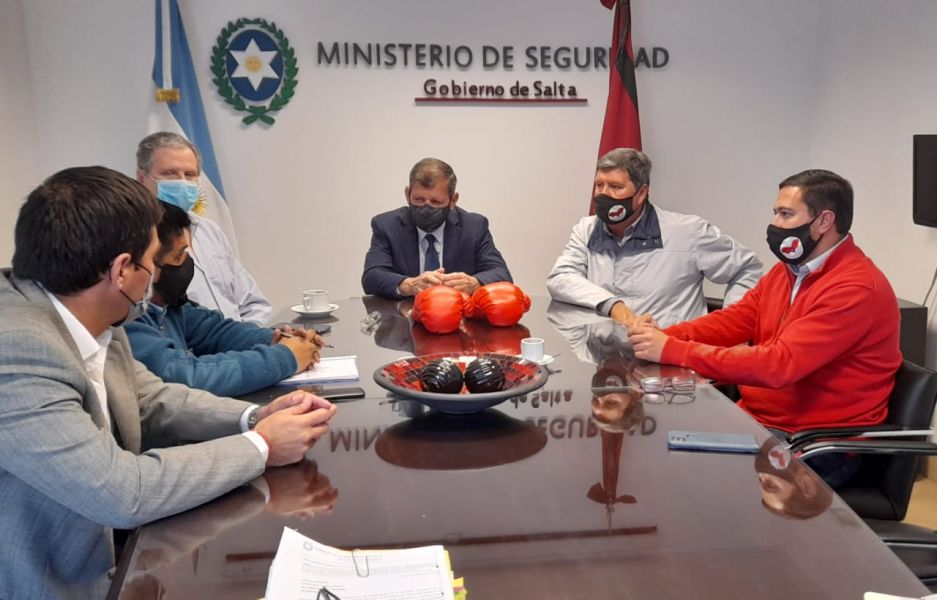 The Ministry of Security of the Province coordinate with the Sports Secretariat and the Provincial Boxing Union the realization of the program “Boxing without chains”In the different prison units of the province.

The objective is to strengthen sports social policies in the context of confinement, providing tools that promote discipline, effort and a healthy life that competitive sports activity requires.

In this context the Minister of Security, Juan Manuel Pulleiro, met with him Undersecretary of Penitentiary Affairs, Gustavo Krause, the president of the Provincial Boxing Union, Alejandro Galarraga and the Boxing coordinator of the Ministry of Sports, Sergio Oliver Calvet, to finalize details of the activities taking into account the biosafety protocols and the schedule that will begin next September.

The program will be applied initially in the Prison Unit 1 of the Villa Las Rosas Prison and then it will be extended to the other penitentiary units. It will be intended for those deprived of liberty interested in learning this discipline.

The inclusion work consists of introductory training talks to the sport by boxing professionals, doctors and specialists in the discipline. It also has the participation of the champions Diego Vidaurre and Ezequiel Segundo, who will provide their professional testimony. Both were trained at the Carlos Monzón boxing school of the Villa Las Rosas prison. They developed exemplary careers with important recognitions and sporting achievements in the province and in the country.

In this framework, the director of Prison Unit 1, Subprefect José Flores, highlighted the importance of developing competitive sports behaviors in inmates as a professional, labor and social insertion tool. In this regard, he reported that in addition to the expert talks, there will be a boxing exhibition coordinated by the Carlos Monzón school and professional boxers.

It should be noted that the Penitentiary Service of the Province, through the Well-being area, promotes the performance of various activities that favor the social reintegration of people deprived of liberty, providing training tools through artistic labor therapy workshops, crafts, carpentry, blacksmithing among others, in addition to sports integration practices such as boxing, soccer, tennis, rugby, athletics, volleyball, basketball, bodybuilding, Latin dances among others. With these possibilities, many interns achieve professional careers and important competitive achievements.