THINGS OF GOD – God and football 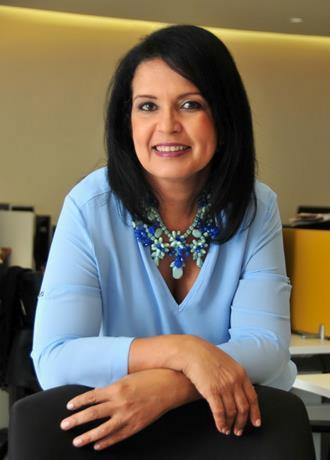 My youngest son asked me why I watch documentaries about soccer, he is surprised because I am not a fan of that sport. What attra

My youngest son asked me why I watch documentaries about soccer, he is surprised because I am not a fan of that sport. What attracts me to these programs are the stories of the big stars, which contain a lesson about being human, I explained. Although, I also told him, and it is true, that I enjoy all sports, in high-level competitions, they are a true spectacle, and that I have been discovering how God appears in each of the stories of great athletes, regardless of their epoch.

I have previously quoted Pope John Paul II and his prescient phrase that the new space for evangelization would be the media. He was right beyond what anyone could imagine at the time. In the midst of the overwhelming propaganda against the faith, even those who promote that propaganda cannot prevent the presence of God from surfacing in programs whose objective is totally alien to this purpose. An example of this are the specials that narrate the lives of great soccer players, and even their girlfriends, who testify to their faith in God and how they have prayed for his help. Between such different figures, in their temperaments and times, such as Pelé, Neymar and Georgina, Cristiano Ronaldo’s girlfriend, the common denominator is not only football, it is also God.

Of all, it is Pelé, already in a wheelchair facing the decline of his life, the strongest witness of how faith sustains us. A poor black boy, in the fifties and sixties, dragged an entire country on his legs towards hope, joy and enthusiasm, even in the midst of a terrible dictatorship. And while everyone was surprised by the security he showed on the field, his incredible courage, when asked what he thought prior to one of his most famous goals, he said that he prayed to God. He asked Him to help him not to fail. A request answered in an incredible way, with a historic goal, a header, as sensational as the response to the requests of Georgina Rodríguez, Ronaldo’s girlfriend.

The faith of this Spanish Argentine, who was a simple saleswoman in a luxury goods store, is evidenced in the documentary about her life. In it she appears carrying flowers to the virgin. That is one of the three moments in which she gets emotional and cries, the other two are when she talks about the death of her father and the love she feels for her children. Georgina says that she cried out to God, help me! And she always felt that her life would be special. Ronaldo crossed her path, at her workplace, one day when, to do a favor for a colleague, she stayed beyond her hours. God details.

The case of Neymar, who, due to his appearance, with dyed hair and his fame as a spoiled child, does not fit with the idea that he is someone with Christian values, is the one that surprised me the most. Behind this man, sustaining his life, are the most powerful prayers, the most heard by God, those of a mother. She, taken by the hand of her children and her husband, puts the whole family to pray. This is how they look in the documentary about Neymar that only in the pre-premiere, in Brazil, broke an audience record. When the pope spoke of evangelizing through the media, he did not imagine God’s plans even with soccer.