This automotive brand could reach Formula 1 in 2022 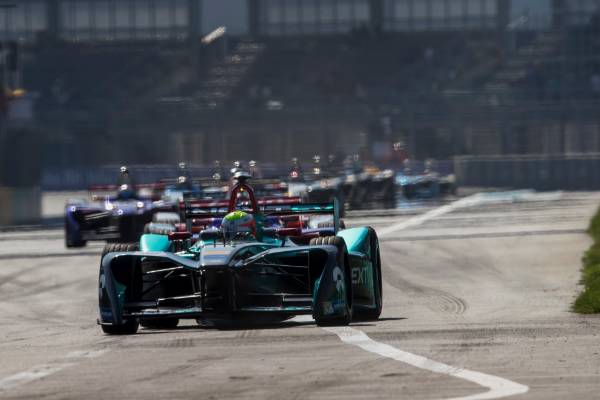 A big brand could make it to Formula 1 next year, after 2021 had a truly heart-stopping finish that saw Red Bull take the podium. Although it wi

There is no doubt that this has been a great year for Red Bull in Formula, closing with Verstappen’s victory today in the last race of this 2021.

Formula 1 will cease to be as we know it when the 2022 season arrives thanks to a series of changes that will take place in the premier class.

2022 is intended to be very different from 2021 in many ways. On the one hand, according to the expectations of the most optimistic, next year we will be able to say goodbye to the pandemic, but not to Covid-19, implementing a new way of living together and adapting to the post-covid reality.

From the outset, for Formula 1, next season will come as a “new era”, since there will be a new regulation in the category that will begin with a change in the image of the cars, but that will not be the only thing that arises for the next year.

Although it will not be the only change, it is one of the most important. For starters, the tires will be new, weighing 38 kilos more than the current ones and will use the ecological fuel E10, which has begun to arouse the fear of the fans, as it is believed that this fact will slow down the cars.

In the same way, 2022 for Formula 1 could be the year in which a new brand arrives on the circuit, and that is Audi could be the brand that arrives at the event for next year.

Reportedly, the official announcement of Audi’s arrival in Formula 1 would be made official within a few months. Markus Duesmann, chairman of the brand’s board, and Oliver Hoffmann, member of Audi’s technical development board, informed the FIA ​​of their desire to join.

For this, the FIA ​​has said that it is willing to make modifications to its engines, and that is that, after the departure of Honda, only Ferrari, Mercedes-Benz and Renault engines remain.

Speaking specifically of Formula 1, it continues to grow in popularity, which is why brands have a greater participation and, of course, fans are getting more involved in logistics, racing and everything they have to do with it. do with the sport itself.

But, beyond the popularity it has reached, Formula 1 is a great space for marketing strategies, regardless of the size of the companies or brands that join the trend.

Another change for 2022 is that of the Finnish driver Valtteri Bottas, who will leave Mercedes to race in the Alfa Romero car that will be left empty after the farewell of Kimi Raikkonen, in addition to no longer being Lewis Hamilton’s partner.

For his part, the British driver George Russell will replace Bottas at Mercedes and will be a teammate of Lewis Hamilton, being one of the most significant changes for next season, in which he is expected to dismiss the pandemic, as some experts predict. .

Bernie Ecclestone: Lewis Hamilton retires from Formula 1 and does not return
Santander will once again sponsor Ferrari in F1
Formula 1: the unusual accident that scared everyone and left Verstappen and Hamilton out at Monza
FORMULA 1 597