This is how an NBA star spends the summer 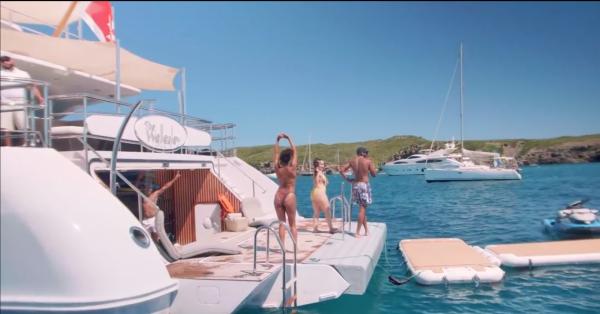 Dwyane Wade, one of the best players in NBA historyhas found this summer in Minorca your paradise on earth. Of all the destinations in the Mediter

Dwyane Wade, one of the best players in NBA historyhas found this summer in Minorca your paradise on earth. Of all the destinations in the Mediterranean that he has traveled these days aboard the superyacht «The Wellesley» it is the first to whom he dedicates a video on his social networks. He has just shared with his more than 19 million followers on Instagram how much fun he had on the Island.

A minute is enough for him to condense how he enjoys life (and his fortune) who he has been a star in the best basketball league in the world. At 40 years old and retired from the courts, it is time for meetings with friends, meals washed down with champagne on the deck of a boat, water sports in the surroundings of the Illa d’en Colom with motorcycles and a giant slide… to end the day with a dinner with Donatella Versace dresses and music until the body lasts.

After a meteoric sports career that took him to the top of the NBA with the Miami Heat, Dwyane Wade’s personal fortune is estimated at $215 million, according to the latest estimates, a heritage that he began to forge earned thanks to his sports and advertising contracts. Currently, and in the company of his wife, the actress Gabrielle Union, invest in various businesses such as launching perfumes or beverages. He owns two mansions in California and Miami Beach.

Tags: celebrities in minorca, Dwayne Wade, Living in Minorca
NBA: Andre Drummond: “When I retire, I will do so as the best rebounder of all time in the NBA”
NBA PlayOffs 2022: And that’s how Curry stopped talking to Klay Thompson, he ruined the basket of the year!
NBA Summer League: Santi Aldama smashes the NBA Summer League: the 2.11 m Spaniard. who scores like the angels
NBA 3463

Loading...
Newer Post
The nod to Real Madrid from one of the jewels of European football
Older Post
A great with the greatest of all time