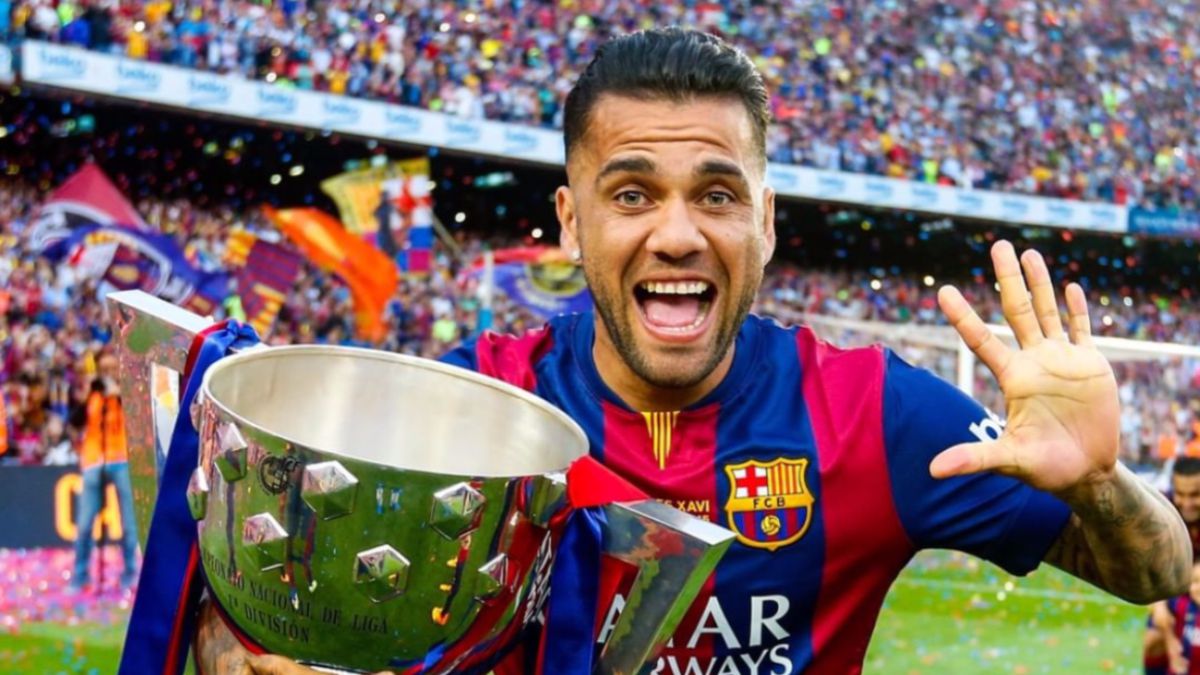 Dani Alves is the happiest man in the world. His strategy of waiting to return to FC Barcelona has had an effect and, finally, he returns home. R

Dani Alves is the happiest man in the world. His strategy of waiting to return to FC Barcelona has had an effect and, finally, he returns home.

Returning to the Blaugrana club had become a very personal challenge. For this reason, when when he left São Paulo, he received two succulent offers from Mexico, he rejected them without hesitation.

Although his agent tried to make him reconsider, Alves did not even consider it. Anyone, at his age (38), would have accepted what a salary was. But Dani had it clear: “I want to return to Barcelona.” And so it has been.

Some have questioned the physical condition of the Brazilian, with whom the current Blaugrana coach shared a shirt between 2008 and 2016. Seven years, in which they won 19 titles.

They both know each other perfectly and that is why Xavi knows what the Juzeiro player, who has won 42 official titles throughout his career, can bring him.

The defender, who will turn 39 next May, he hasn’t stopped exercising for a single day since he stayed he has retired from Sao Paulo as a free agent due to financial issues.

Meticulous in taking care of his physique, he has trained in the gym and runs along the Carretera de les Aigües. Alves has been working alone and in the gym for two months.

Blood tests are done every three months to check the balance of minerals in the body. “Everything that is crazy has it methodical”, they define him.

Dani has had the support and company of his faithful companion and adventure friend, his partner Joana Sanz. They both met in Barcelona thanks to some good friends and in 2017 they got married.

A 28-year-old model, a native of the island of Tenerife, Joana has shown in networks her joy at returning to the city where she began her career and where the love of her life emerged.

The mannequin has confessed that the secret of the good health of their relationship is respect and admiration: “We respect the life that each one has separately.” What I admire most about Dani is that “despite adversity, she never gives up and fights for her dreams with all her persistence, whatever the cost. I love her smile and that it is always pure happiness, her conversations that encourage anyone to grow. and get out of your comfort zone. “

During this time away from the playing fields, Dani has also taken the opportunity to make trips and strategic alliances, such as with the luxury watch house ‘Backes & Strauss’.

We have also seen him spending time with colleagues like Luis Figo or Fabio Cannavaro and participating in television programs.

Dani has been part of the jury, along with other characters such as Shakira, in the ‘Earthshot Awards’, awards presided over by the Dukes of Cambridge.

If Xavi wants something with his arrival it is to print character, on and off the field. Something that Alves has and for a while.

Loading...
Newer Post
Sport Weekend brand: “Rocky has done a lot of damage to boxing, although it is a great movie”
Older Post
He finished it! Tremendous knockout at UFC Vegas 42 against veteran Ben Rothwell