This is how F1 seeks to generate a 100% sustainable fuel 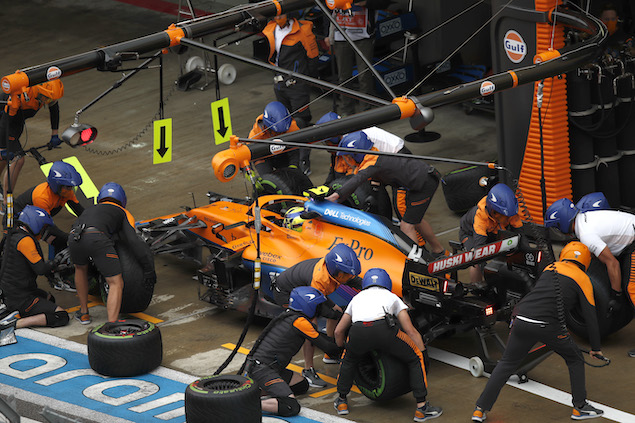 This is how F1 seeks to generate a 100% sustainable fuel (PHOTO: McLaren Media Center) Formula 1 (F1) explained how he is developing a 100

This is how F1 seeks to generate a 100% sustainable fuel (PHOTO: McLaren Media Center)

Formula 1 (F1) explained how he is developing a 100% sustainable fuel to meet the goal of being a carbon neutral sport.

The category is taking further steps to reach the goal in 2030, both logistically and sportingly. In 2022 the so-called E10 (90% fossil fuels and 10% ethanol), while the alternatives that come with the change of the specifications of the power units for 2025 or 2026 are explored.

Being a project that emerged in December of last year, F1 detailed some characteristics of the fuel “of the future”.

“(The plan) is very ambitious, in the area of ​​what we are trying to do, to make a very high performance sustainable fuel,” he explained. Pat Symonds, Head of the Technical Office. “UK street fuels are now 10% ethanol, and they have been in certain parts of Europe for a while.”

The components of this fuel will come from a carbon capture scheme, municipal waste or non-food biomass. It is intended to match the energy density of gasoline to current F1 fuels, which means there will be no loss in speed or performance.

The goal is for greenhouse gas emissions relative to fossil gasoline to be reduced by, at least 65%.

Introducing the fuel of the future
♻️ 100% sustainable
🚀 Same power
🌏 And useable by vehicles across the world# F1 #Formula 1 pic.twitter.com/VQNp8ZetYH

“We currently have fuels that are around 44 megajoules per kilogram,” explained Symonds. “They are very, very dense in energy. Alcohol fuels, like ethanol, are much less energy dense, which means you have to have a larger volume of them if you want the same power. ‘

“Motorsports is about power, but in particular it’s about power density; we don’t want huge cars with huge fuel tanks, we want small fuel tanks and lots of very good quality energy dense fuel. So we have to synthesize that, and that’s not the easiest thing to do.

It is estimated that there will be 1.8 billion cars on the streets of the world by 2030, but 8% will be completely electric; This is because internal combustion engines will continue to be essential for air and sea travel, as well as for the trucking industry.

Although there is no opposition to 100% electric technology, there is not yet full relevance outside of the sectors that F1 has focused on, which is why it will continue with hybrid technology.

“I think all engineers feel that EVs are good in a small vehicle and in an urban setting,” Symonds said.

“Where they are not good is where you need a lot of power, and you need that power so as not to take up a lot of space. So when you get on heavy duty vehicles, trains, airplanes, high performance street cars, which may not be a very important sector, but it is still one that is there, then it becomes important.

Carlos Sainz and the “fear” factor in Formula 1
F1 | Carlos Sainz: “I don’t know what happened”
Formula 1: Red Bull facing a difficult decision that could cost Verstappen the championship
FORMULA 1 432