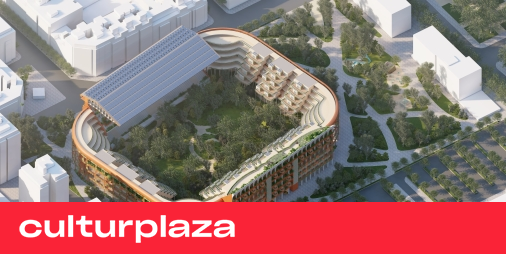 VALENCIA. To the risky question (hypothetical) of what Mestalla should be if it ever ceases to be a football stadium, the shortest answer would be

VALENCIA. To the risky question (hypothetical) of what Mestalla should be if it ever ceases to be a football stadium, the shortest answer would be: flats! Although extending one would say: flats! more floors! The first attempts to build the old sports complex were renders with a tangle of stacked floors and some memorial gesture to the old activity.

But Mestalla, which turns one hundred years old in 2023, has an intangible value over the city that should rethink its importance in the public imagination. Due to a mix between aversion and disdain, it tends to be taken for granted that the best solution once the page is turned is that there is no trace of that cemented mass. Instead, what if it were precisely the remains from which to generate a differential project in the city?

That is, broadly speaking, the proposal for the ‘Mestaverso’ project, the work of Antonio Verdú and Mario Valle, for the fourth year of architecture at the UPV. An example of urban communication and overcoming corsets that has raised the dust of what, for being unimaginable, invites one to desire oneself. Because Mestalla is a football stadium… but isn’t it many other things?

“The starting point of the exercise was to resolve the Mestalla plot by implementing a public and private program in it. Our project idea was radical from the beginning, the entire program should be adapted to the pre-existing stadium”.

Two. Empty Mestalla to fill it… with Energy

“We proposed it in a construction process in five phases, where first the most public and tertiary uses would be installed inside the structure: coworkings, offices, fablabs, gyms, spas, a museum of the history of the stadium and the club, rooms to connect to the metaverse… currently Mestalla as a concept is an economic and social waste, a stadium that is only used for two hours every two weeks. Later, in the field, some prefabricated modules would be built that would be placed with a crane on the stand, distributing their loads between it and a forest of auxiliary metal pillars. Finally, what is the field itself would be converted into a storm tank to store rainwater. An urban forest would be planted on it to mitigate the heat island effect and solar panels would be installed on the roofs – both of the houses and the grandstand. The Mestaverse would thus act as a large clean energy factory for the city.”

Three. A Mestalla of concrete and more wood

“The project is based, on the one hand, on the use of concrete from the Mestalla structure and, on the other, on laminated wood, commonly known as CLT, which gives us the advantage of lightness and its reduced ecological footprint. And on the other, in the construction of an auxiliary metallic skin where we incorporate vertical communications and that allow us to generate a thermal cushion for the building”.

“The information that exists about the stadium is very scarce, beyond a couple of TFGs, so we had to go to several games, to take measures and not just once. Because Mestalla is a kind of Weasley lair built on the basis of patches throughout history and the modulation of one tier with another has nothing to do with it. It was a real puzzle. Once we had the measurements, we modeled the stadium in 3D, first in Revit and then in Rhino, and that made it much easier for us to work.” 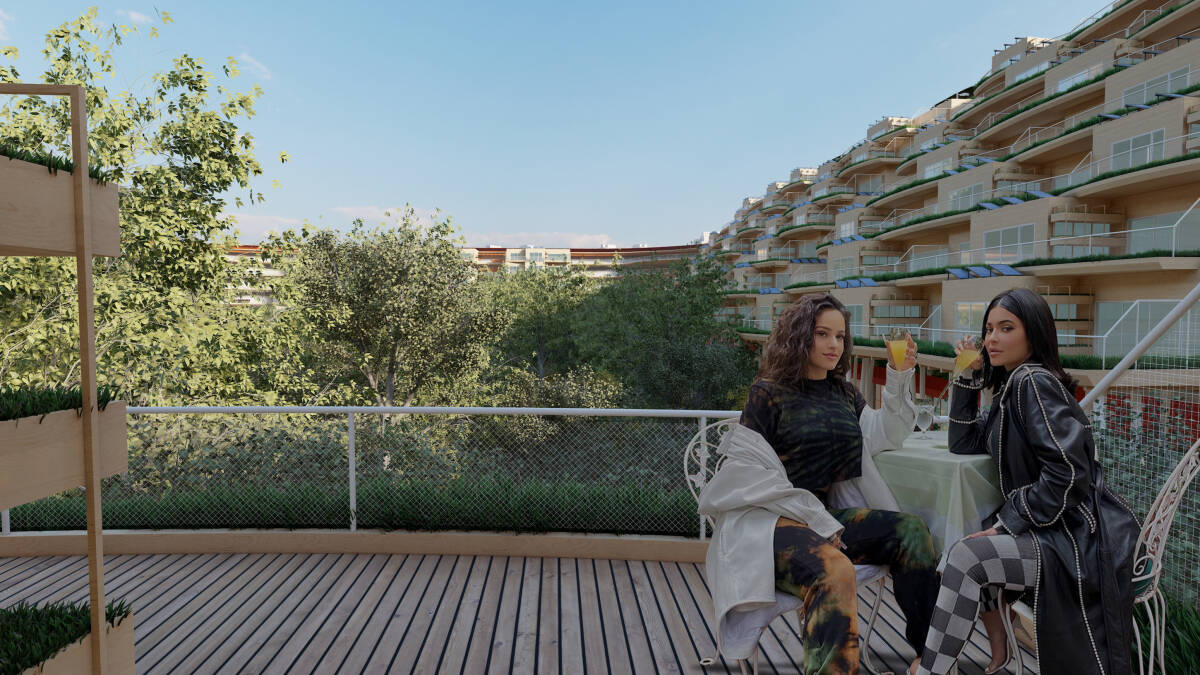 “The Espai Verd was the number 1 reference in terms of the concept of a large green staggered structure, but without a doubt it is also a project imbued with the studios where we are carrying out our practices and their ideas of sustainability and respect for heritage: Santa-Cruz architecture and Aranea group, respectively. The project is also influenced by Asian experiences such as Kengo Kuma with the Tokyo Olympic Stadium, but especially WOHA, and how they are capable of incorporating sustainable design strategies in all their projects”.

Six. The collective identity of Mestalla

“It is a symbol of the city and part of its collective identity. After all, cities have always been built like this, when we didn’t have the banality of resources that we have today. When gladiator shows were banned, the coliseum was not abandoned as such, it became a fortress, a cemetery, a church… That form follows function is true, but it is form that survives”. 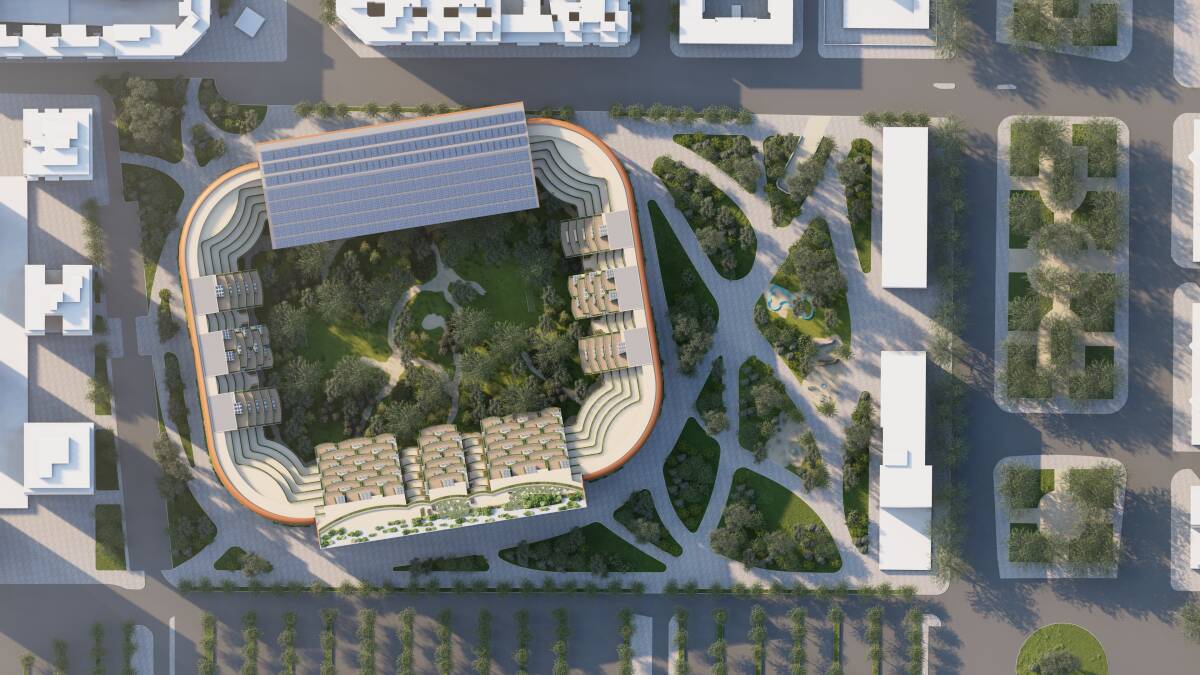 “Higbury, the old Arsenal stadium is already a precedent, although not as extreme. Structurally, our professor David Gallardo calculated the structure for us and advised us on the most plausible way to carry out the project, so on that side we assume that there would be no problem. But of course, if you strictly apply the current regulations, many would have to be changed, although that happens with all projects, from the largest to the smallest”.

Eight. Metaverse in the Nou Mestalla

“The original project of the Mestaverso was for the Nou Mestalla. Eduardo Puertes from C Lab atelier suggested it to me when after confinement we were finally able to leave home and I uploaded a story next to the stadium saying that now yes, that work was never going to end. But when considering the Aragón plot as a project exercise, we couldn’t help but test the old stadium to see what would happen. So who knows, maybe a Nou Mestaverso will appear in a few years…”.