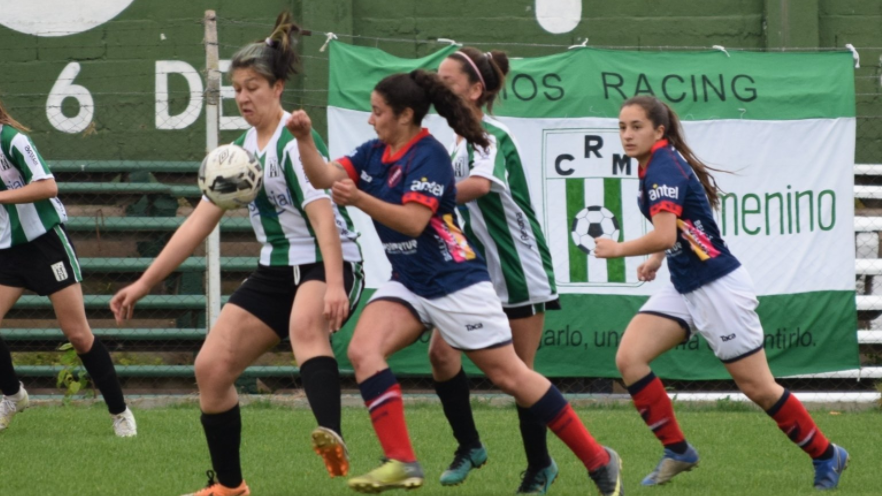 The fifth date of the Uruguayan First Division Women's Football Championship will be played in its entirety this Sunday, October 17, and will have

The fifth date of the Uruguayan First Division Women’s Football Championship will be played in its entirety this Sunday, October 17, and will have four of five games played at the Charrúa Stadium. The stage will open in the morning, when at 10:00, Fénix receives Defensor Sporting at his Capurro Park.

The tournament is led by Nacional, Peñarol and Liverpool, who already have ten units and are the only teams still undefeated. Defender accumulates nine points, Fénix seven, Atenas six, Naútico three and Danubio two. Racing and River have not yet harvested units.

Those who finish in the first five positions of this first phase of nine dates will make up an area where the title and qualification for Conmebol Libertadores 2022 will be played. The teams that finish between fifth and tenth place will face each other in a second phase looking for avoid the two descents of the season.

Currently, the tricolor Esperanza Pizarro is the top scorer of the tournament with eight goals, followed by Yamila Badell (also from Nacional) and by the coal company Belén Aquino, both with six goals. Juliana Castro (Defensor Sporting) has converted five goals, and Ana Pintado (Fénix) has scored four goals so far.

It should also be noted that the Uruguayan National Team led by Ariel Longo has had several trainings this week, preparing their next friendlies: on Wednesday, October 20, the celestial will depart for Argentina, where on Thursday 21 they will face Boca at the Pedro Pompilio Complex and on Saturday 23 will play against River Plate in Ezeiza.

Details of the fifth date of the Uruguayan First Division Championship:

Tags: Uruguayan First Division, Soccer, Uruguayan Championship
Beyond Stats, Spanish football statistics, with Big Data, from LaLiga and Microsoft
This is how the table of positions remained with Talleres as the only leader and Boca in the fight
The TSJPV maintains the capacity of football stadiums at 60% in Euskadi
FOOTBALL 315

Loading...
Older Post
Lewis Hamilton assures that F1 must return to Africa to have a more complete championship