this is how the Meiland leagues are 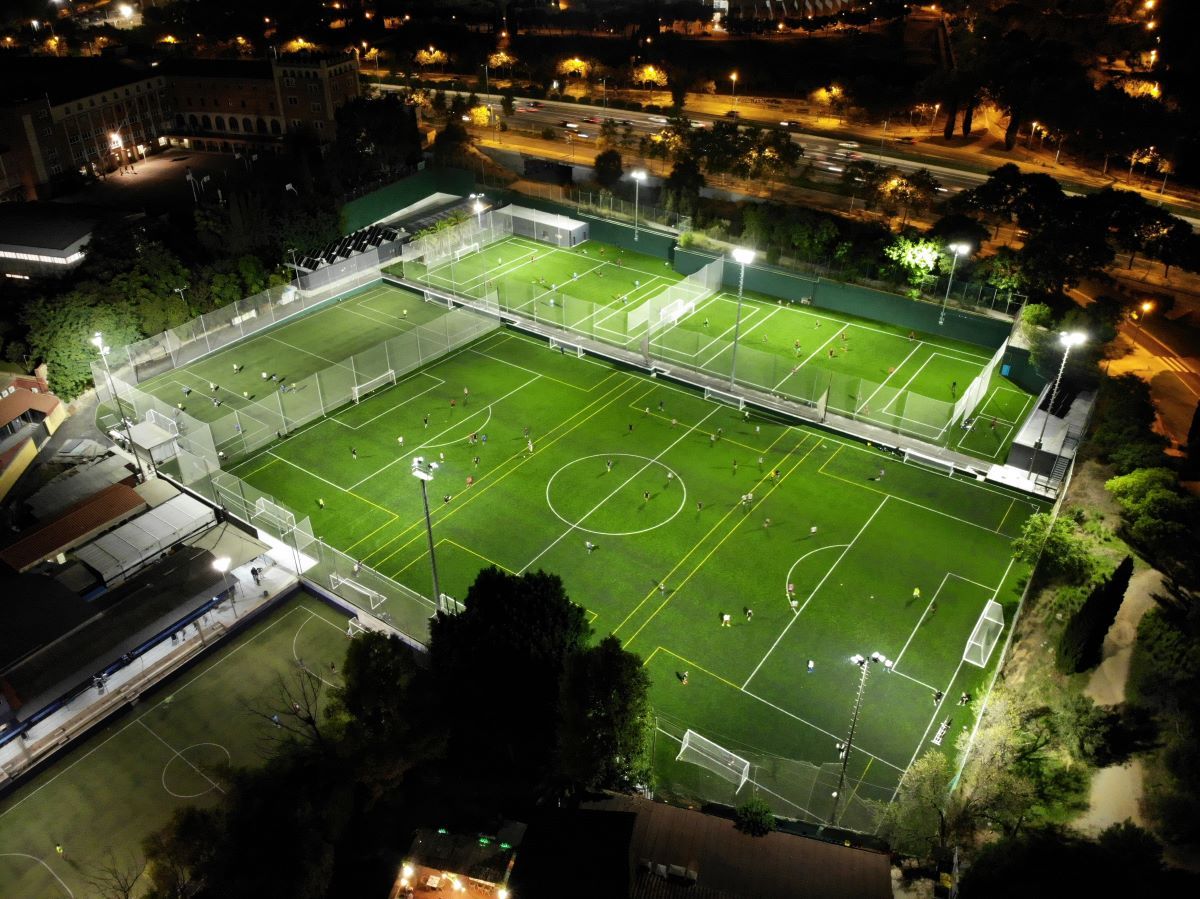 this is how the Meiland leagues are

There is a place in Barcelona considered as “The Mecca” of 7-a-side football and ‘amateur’ futsal for his fans. That place is none other than Meiland Barcelona, facilities that since 1975 have organized the most iconic non-professional leagues in Barcelona and has established itself as the undisputed leader in the sector.

So emblematic and so much history has this space that, a senior team of the First Division of the National Futsal League As the Santa Coloma Industries, was born on its pitch in 1975 as an ‘amateur’ team and ended up being one of the founders of the professional league for this sport in 1980. Continuing with a review of its history, these facilities also housed for many years the “SUPERBOWL”a competition in which more than 10,000 players from all over the peninsula participated in very epic duels.

“Some think that football in Barcelona is on its last legs, that paddle tennis is conquering the terrain, but when they come to Meiland and see the football party that takes place every night, their perception changes,” he says. Williamone of the new members of Meiland’s new management team.

And it is that, almost 50 years after its foundation, Meiland continues to generate hard-to-match experiences. All this, thanks to its ability to adapt to changing times. Their facilities were renovated and also, Has been incorporated young talent, technology and more staff to attend to the more than 50 teams that receive each day at their facilities. Just one fact: this season 5,128 players have set foot on its pitch.

Located in the Horta neighborhood and right next to the Dalt’s RoundMeiland renovated its facilities in 2020, made up of six 7-a-side football pitches and one futsal pitch that offer the best gaming experiences to their users. The works, which were carried out over 18 months, involved the renovation of the lawn, the incorporation of led lighting and the construction of new air-conditioned changing rooms.

But those were not the only investments. For an even more powerful experience between players, Meiland installed a complete match recording system that allows you to see them, a ‘posteriori’, through your YouTube channel. An ‘amateur’ experience with many professional overtones for true lovers of this sport.

The Meiland facilities were renovated during the year 2020

“Meiland has room for everyone, we have so many teams that we can satisfy customers who live the competition in the purest professional style, and those who want to play sports with friends and enjoy the third time”, he comments Davidalso a member of the new management team.

How is the season structured in Meiland?

In Meiland the season consists of two regular phases: League and Cup. The first is structured in two phases, one that goes from October to February and another that goes until June. In the second, the teams that have achieved the best positions in the League play the season in a tournament that occupies the month of June and part of July. The winners share the prizes and trophies.

But the party does not end there, since in September the winning teams of the CUPS compete for the Meiland Trophy in the SUPER CUPa name that shapes the qualifiers in which only one team will be victorious, while the rest compete in the long-awaited preseason.

“Meiland is a family that has more and more people who have a passion for having a good time, and football is the medium. We have worked hard to make the atmosphere excellent and the teams respond to the basic principle of this brand: compete, play and enjoy”, explains Francisco, new director of the refereeing team.

Registration open for the season 22/23

Do you have a team and are you looking for a place to unleash your football passion? Meiland has already opened registration for the 22/23 season. The emblematic brand has different registration modalities for 7-a-side football and futsal with options for any day of the week.

Tags: Barcelona, Women's Football, Indoor football
Guayas Football Association elected the board until 2026
Tickets for the match against Barcelona are on sale
Michael Morales will face Ramiz Brahimaj at UFC 277
FOOTBALL 2717

Loading...
Newer Post
The famous boxer Ryan Garcia would not allow his daughter to be a boxer
Older Post
renews with Melbourne until 2035 and will include F2 and F3 races