This is how the table was left with Talleres as the absolute leader, River on the prowl and Boca that is approaching 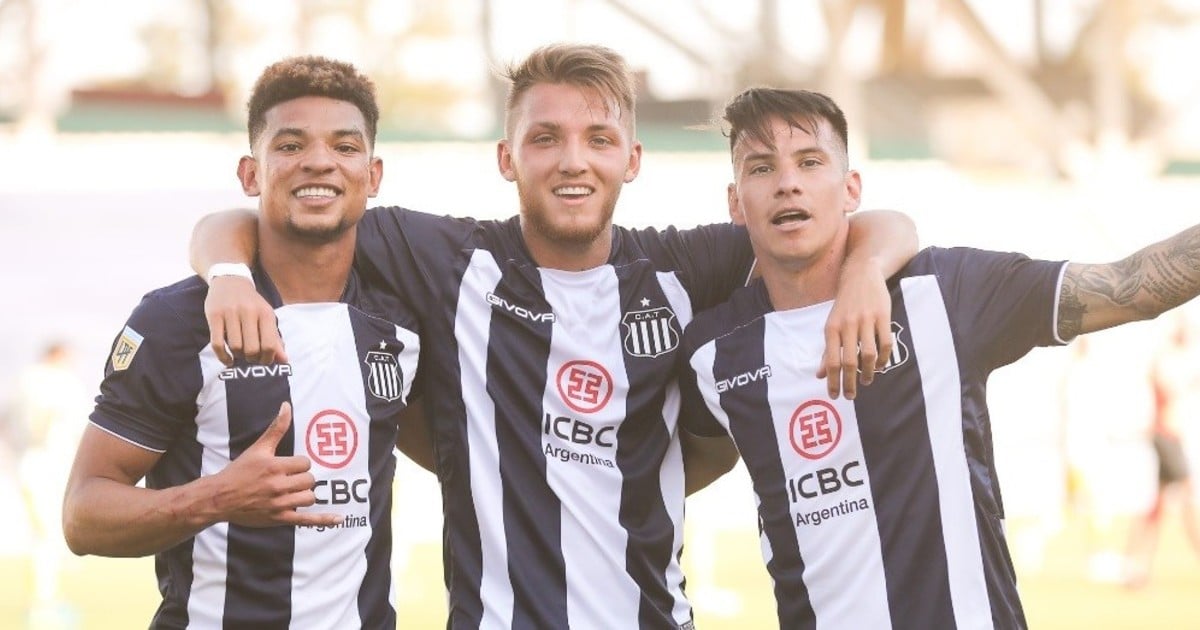 This Monday the 13th date of the Professional Football League closed with two games: the fall that exacerbated the crisis of Racing against Argent

This is how the table was left with Talleres as the absolute leader, River on the prowl and Boca that is approaching

This Monday the 13th date of the Professional Football League closed with two games: the fall that exacerbated the crisis of Racing against Argentinos Juniors by 2-0 and Huracán’s first away win against Newell’s. El Globo won 1-0 at Parque de la Independencia.

The elite positions of the table were defined between Saturday and Sunday with the victories of Talleres (29) and River (27), although the triumph of Boca (21) is not to be despised: although they are still eight from the lead, those of Battaglia took advantage of the fact that Lanús (23) and Estudiantes (24) lost points and are lurking after their first objective: to get a place in the Copa Libertadores. Of course, the maximum would be the championship. And this Sunday it will be clear what the Millionaire and Xeneize are for after the Superclásico. But that is another story. Now we go with the date, the summary plus the goals of all the matches and the leaderboard.

On Saturday, Talleres received Rosario Central in Córdoba with the pressure of being the leader of the Professional League tournament, knowing that there are several candidates to snatch the first position of the table. However, those of the Cacique Medina put aside the mental aspects of football and showed that the vanguard position it suits them very well.

The t he got rid of the game with forcefulness, he went 3-0 up in the first half and, despite the discount of the Rosario and suffering the expulsion of a player, in the second half he stretched the advantage and closed the account in a 4-1 that says it all. There are plenty of reasons to dream in the mountain province: They have played 13 games and there are 12 left, what could cause them to fall from the top?

Talleres thrashed Central and remains at the top

Cacique Medina’s team is not afraid of heights: despite pressure from River, the Cordobans continue to win and are the only leaders

Attentive to this possibility are those who run from behind, especially the escort who has been doing things better: River Plate.

Talleres has 29 points and Marcelo Gallardo’s team reached the 27-point line after beating Central Córdoba in Santiago del Estero. Boca and the Superclásico already appear on the horizon, which will be played on Sunday 3, the day before the visit of those from Córdoba to Defense and Justice. Yes, it is a matter of doing the math and projecting for the future: if he Millionaire beat the Xeneize in the Monumental, he will remain as the only leader of the tournament, at least for a few hours.

Gallardo’s team played a great game against Rondina’s team and was left with three gold points in the fight for the Professional League.

Behind the Band Students remained, with 24 points, who suffered as a defeat the Platense draw on Friday night. Zielinski’s men had been winning from 20 with a goal from Prete and the unexpected happened: in the 70th minute, with Pincha in front of the scoreboard, Squid scored a counter and Tissera scored the equalizer. Thus, Platense concealed his position in the table and frustrated those of La Plata who were five from the point.

The Squid frustrated the Pincha who moved away from the tip

Ricardo Zielinski’s team won 1-0 and had the second, but the visit tied it against.

But the one who did lose and ugly In the super Saturday of soccer it was Lanús, who remained nailed in his 23 points product of a surprise defeat with Arsenal: those of Sarandí arrived with 9 games without victories and 602 minutes without scoring a goal.

Ass went down to Garnet

Zubeldia’s team lost due to a bad start from the defense and moved away from the lead.

The one that is gradually getting comfortable is Gymnastics and Fencing, which this Saturday beat Aldosivi in ​​Mar del Plata. After a failed debut with Néstor Gorosito as DT, the Wolf he chained a draw and two wins in a row, adding a total of 17 points and remaining on the doorstep of entering the top ten in Argentine football.

After a failed start, Pipo’s men seem to start: now, they took advantage of Aldosivi’s mistakes and thrashed him in Mar del Plata.

On Sunday the Union and Board of Trustees opened the date. The santafesinos arrived beaten after the resignation of their DT Juan Manuel Azconzábal. The Paraná team, on the other hand, arrived in a better position in the table, although in the week they had been eliminated by Boca in definition by penalties of the Argentine Cup.

While looking for a new manager, Tatengue found some air as they won 2-0 thanks to a double from Mauro Luna Diale. With that victory, Unión beat the Patron by one point in the table.

Without Azconzábal, the Tate came out of the bad and prevailed over the Patron.

San Lorenzo was the first great who played on Sunday. And the players again put their face to DT Paolo Montero who little by little finds air to get to December in the best possible way. The cyclone beat Defense and Justice 2-1 with goals from kids Fernández Mercau and Rosané. Beccacece’s team deserved better luck but the points remained with Boedo. Thus, the Cuervo reached 16 points and is on the heels of Racing, the last one to qualify for the South American Cup so far.

The young Fernández Mercau and Rosané scored for the Cyclone, which beat Beccacece’s team 2 to 1. The Falcon deserved another result.

Before the start of the date, Red was closely following the leaders of the Professional League. Independiente marched with 22 points, one from Lanús and four from Talleres. And there it was. It is that the Rojo de Falcioni faced Godoy Cruz de Flores, the sensation team of the last four weeks. It is that, the disciple of Marcelo Bielsa caused a true revolution in Mendoza. And also in Avellaneda. After eliminating Racing from the Argentine Cup on penalties, this Sunday afternoon they thrashed Independiente 4-1, which, after having reached the top, was deflated.

After eliminating Racing, Tomba beat Rojo 4-1 at home. The capo of Avellaneda.

In the last game of the weekend, Boca beat Colón de Santa Fe 1-0 and reached 21 points, while the last Argentine soccer champions led by Eduardo Domínguez stayed at 19. Thus, the Battaglia team that It was difficult for him to break the zero and he did it thanks to a great collective play that Orsini finished, he got seven points behind Talleres.

The closing of the date 13 of the Professional Soccer League occurred on Monday. And the first game seemed like a duel for the needy. Two teams that arrived in crisis. The Argentinos Juniors (arrived with 15 points) by Gabriel Milito, who had had his peak of tension in the week after separating Gabriel Hauche, one of the leaders of the squad. And on the other side was Racing (18) that never managed to engage in the second semester and had just been eliminated from the Argentine Cup against Diego Flores’s Godoy Cruz. And the Academy fell again and received a couple of goals before 15, just like in the match against Tomba.

Now, those of Gabriel Milito put two pineapples into Ubeda very quickly: after three minutes Cabrera made a play on the right that left Caramelo Martínez looking and broke Arias’s goal. And at thirteen Kevin MacAllister took advantage of the passivity of the defense and scored the 2-0. Party liquidated, crisis in Avellaneda and the Sifón begins to run out of gas. El Bicho reached the position of the Academy with 18 points.

Diego Milito’s team, which arrived with problems after Hauche’s departure, left Ubeda on the edge of the precipice.

In the last turn, Huracán got his first away win in Independence Park against Newell’s del Negro Gamboa. It was 1-0 with a goal from Cóccaro. Thus, the Globe reached 16 points, surpassing the Leprosy that follows with 15.

Tags: What, So, Leader
Boxing: Concordian Leandro Blanc won on points and won three titles
Salinas Golf and Tennis residential complex: exclusivity and innovation
cars, drivers and engines of all the teams
FOOTBALL 2321