This is how Tiger Woods did on his return to golf 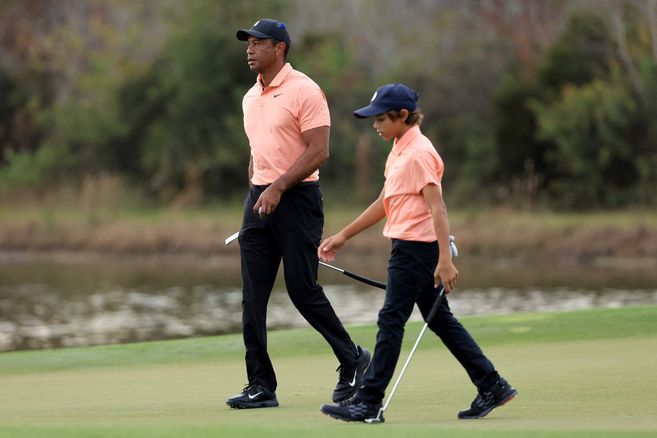 Tiger Woods and his son Charlie during the first round of the PNC Championship.Photo: SAM GREENWOODIn his first golf tournament after a serious car

Tiger Woods and his son Charlie during the first round of the PNC Championship.

In his first golf tournament after a serious car accident in February, Tiger Woods and his son Charlie finished fifth in the first round of the PNC Championship on Saturday.

(Here, all the sports information)

“It was great, it was a very fun day,” declared the former world number one at the end of his tour.

Father and son are even with five other couples within three strokes of the leaders, golfer Stewart Cink and his son Reagan.

All the lights on the course were on the start of the Woods round, when Charlie generated a buzz of admiration with an extraordinary tee shot that ended with a birdie on the first hole.

It may interest you: Tiger Woods: the holes of his life

In total, the pair made 10 birdies without committing a bogey.

In this way, Tiger returned to a competition for the first time after the serious car accident he suffered in February near Los Angeles (California), which caused severe fractures in his right leg, of which he is still in rehabilitation.