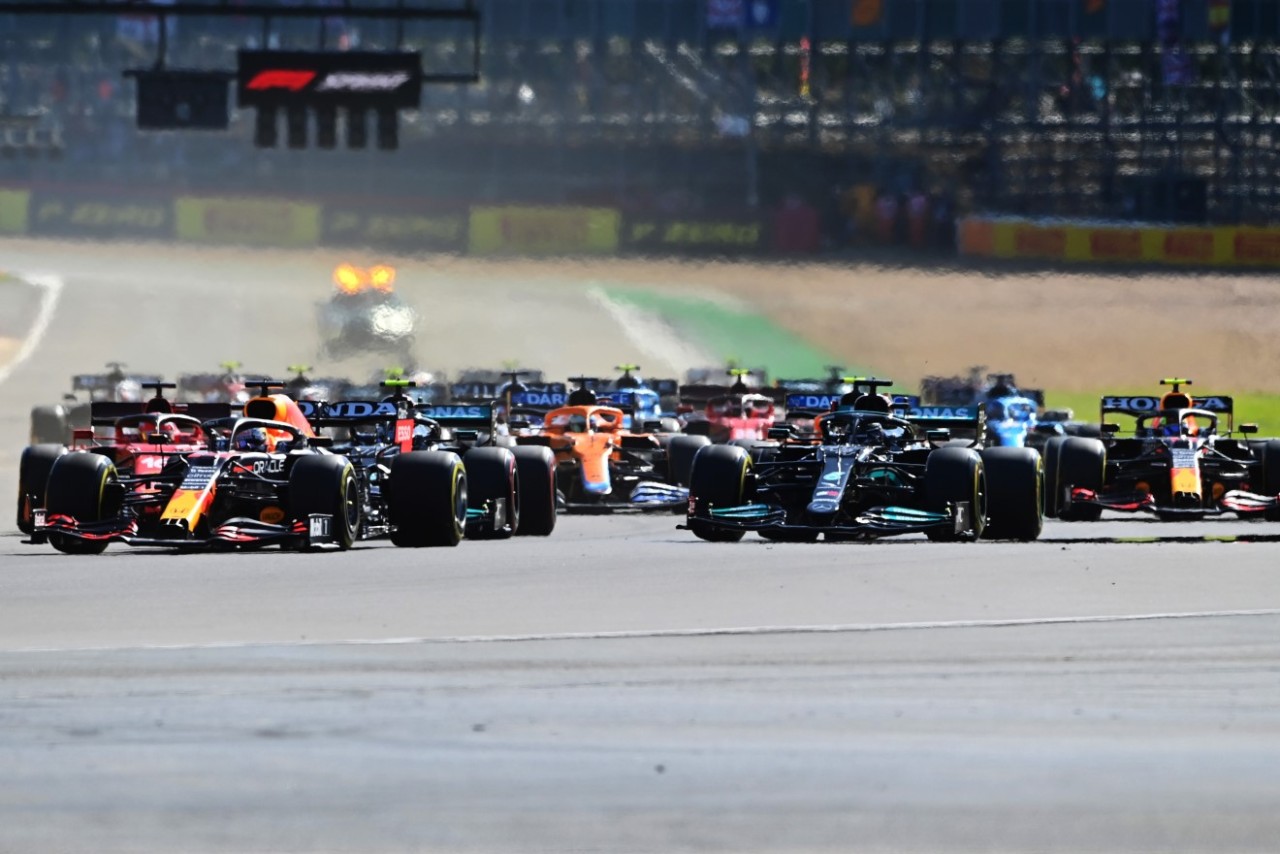 The annual appointment of the Formula 1 World Championship with the country that gave birth to the championship (but not to the discipline) takes place this Sunday with the British Grand Prix, after a Saturday in which the rain led to an interesting paradigm for a race that will likely be held in the dry. Notoriously, the opening of the skies propitiated the Carlos Sainz’s first pole positionwho will seek today to get rid of the only thorn that remains stuck in him and also achieve his first victory in a Grand Prix, which would make him the second Spaniard in history to achieve it.

It won’t be easy for him, since he shares the front row with combativeness par excellence, a Max Verstappen who enjoyed a higher pace than all his opponents throughout Saturday, and who will be difficult to hunt down if he manages to take the lead. To prevent this, a good exit from charles leclercwhose spin at the end of Q3 indirectly benefited his teammate by frustrating Verstappen’s final lap, and who will try to alleviate the bleeding 49-point deficit that separates him from the Dutchman, as well as regain second place overall against a Sergio Pérez with whom he shares the second row.

Will there be top 5 for Fernando Alonso?

The anticipated return of the Mercedes to competitiveness will have a litmus test today, after the rain relegated them to fifth and eighth position with no real chance of a great result. this time it will be Lewis Hamilton who leads the offense, ahead of a lando norris who aspires at home to his third top 5 of the year despite a compromised rubber situation, and Fernando Alonso. The Alpine driver even flirted with a top 3 on the grid, and only a spin on his final lap made it impossible to see how far he could have gone. Without many intermediates at his disposal, a dry race could even be a blessing.

After achieving his best result of the year in Canada, Zhou Guangyu He has climbed a small step to have his best starting position in ninth position, although the novelty is that he shares a row with a Nicholas Latifi who skilfully navigated the waters to sneak into a Q3 for the first time, matching the tenth starting place he had last year in Belgium due to external sanctions. Points seem like a tricky proposition amid the fight between Alfa Romeo and AlphaTauri, but you never know.