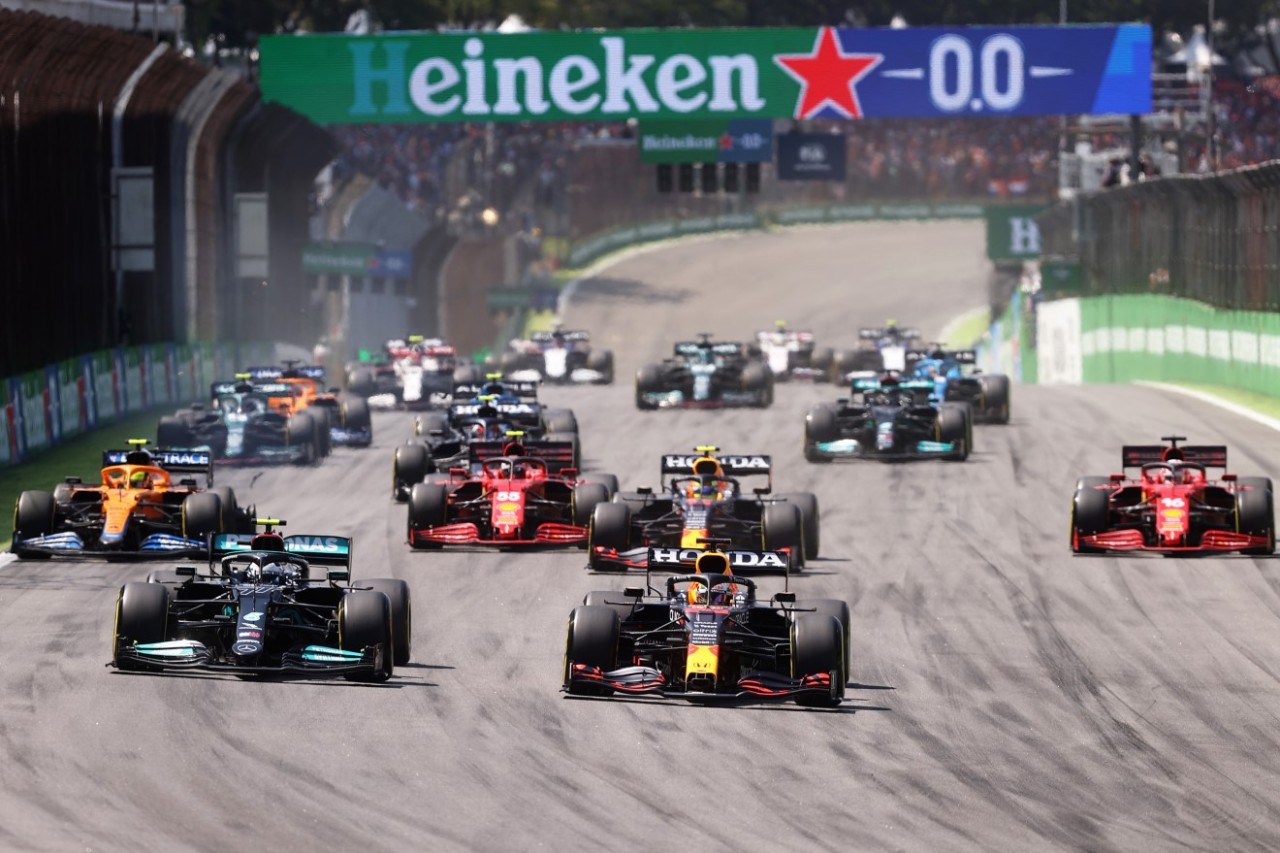 The third and last Grand Prix of the season with a special format takes place this Sunday at Interlagos, which yesterday already offered a glimpse

The third and last Grand Prix of the season with a special format takes place this Sunday at Interlagos, which yesterday already offered a glimpse of what to expect in competition with the advancement of the Mercedes towards the positions they occupy in the front row. This being the second time he has started a Grand Prix in first position, George Russell will seek to make use of his victory yesterday to add his first victory in Formula 1 if he manages to keep his teammate Lewis Hamilton at bay.

Of course, all eyes will also be on the progress of Max Verstappen, whose strategy of going out with the means in the sprint race saw him fall to fourth position, which will be third on the grid after adding his 15th victory, and the fourth in a row. . Carlos Sainz finished ahead of him in the sprint event, but his five-place engine change penalty relegates him to eighth, leaving Charles Leclerc as Ferrari’s first threat in fifth after the two Red Bulls.

In between the Ferraris will be the efficient Lando Norris and a Kevin Magnussen whose surprise pole on Friday ended up being enough to give Haas a key point in his fight for eighth position in the constructors. On the same circuit where he won his third title in 2012, Sebastian Vettel starts his penultimate GP from ninth place, ahead of Pierre Gasly who is also on the lookout to save AlphaTauri from trouble.

Those same troubles were taken by Alpine, directly threatened in the fourth place of constructors by McLaren, and yesterday they took a proverbial double blow due to the incidents between their two drivers. Esteban Ocon, who will mount an old engine after yesterday’s fire, will start 16th thanks to Yuki Tsunoda’s pit lane start, while Fernando Alonso will do so in 17th place, where he crossed the finish line yesterday before his penalty of five seconds per collision. Coming back and scoring points will be his priority before closing an acrimonious chapter in Alpine.

With the threat of rain as present as last Friday, Interlagos can provide all kinds of surprises. Its layout, conducive to overtaking, is also conducive to mistakes, which push the drivers to the limit and bring out their best qualities. After 100 kilometers of practice yesterday, the 305 finals could be a great show in which the show, among the things that are still at stake, assumes a central role.