This is Luis Campos, the football guru that PSG has signed 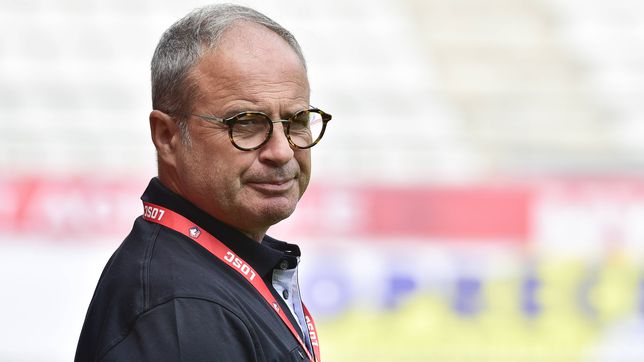 Possibly the best signing PSG has made in the summer has a Portuguese accent and is called Luis Campos. The new sports adviser of the Parisians wa

Possibly the best signing PSG has made in the summer has a Portuguese accent and is called Luis Campos. The new sports adviser of the Parisians was made official on June 10 and, since then, he has not stopped working to form a competitive team in the French capital that, once and for all, manages to win the long-awaited Champions League that he has chasing practically a decade.

Rigorous, hard-working and inventive. This is how Le Parisien defines him in an article to describe his working method. PSG will return to training on July 4 and one of Luis Campos’ priority goals is for PSG to be practically defined for next season by that date. That is why he has already dismissed Pochettino, although it is not official, and has advanced negotiations with Galtier, Nice coach with whom he worked side by side for three years at Lille and in which they managed to win Ligue 1 last year.

In the area of ​​transfers, Luis Campos, who was uncovered in Monaco and Lille as a genius of incorporations, is already working to close several agreements as soon as possible. The first of them is Vitinha, a 22-year-old Porto midfielder who will arrive in the French capital in the coming days for €40 million. Another is Renato Sanches, whom Campos signed for Lille and who could come for 20 million. And, in turn, the 57-year-old sports adviser works to unblock operations such as that of Milan Skriniar, for whom he has offered €60 million, or Lewandowski, who Campos likes a lot.

The former sports director of Monaco and Lille has a scouting company that Mourinho tried to buy during his time at Tottenham and with which he has reach up to the Serbian fourth division. This is how he forged competitive teams in the Principality and in the north of France and that is how he uncovered himself as a work obsessive in French football, signing players like Bernardo Silva, Lemar, Fabinho (who, by the way, he also signed for Madrid, but as a winger, during his time as Mourinho’s adviser), Sven Botman, Celik or Osimhen, all of them unknown at the time Campos decided to sign them.

“Luis doesn’t count his hours. He can do three different countries in one day if he thinks it’s worth it. They say he’s a phone freak. He can be on the phone until 3 in the morning and pick it up again at 6. The same if he has to travel for a game or a date. But to summarize his work as a scout or a merchant would be to reduce everything. His omnipresence, even from a distance, leaves a mark on the people who have worked alongside him”, assures Le Parisien Fernando Da Cruz, who worked with Luis Campos at Lille and admires his omnipresence at any time of the day.

That obsession with work and that rigor when it comes to working with his method and in his own way has been reflected from the first day by Luis Campos. The Portuguese made it very clear to PSG that he was also going to work with Celta despite the insistence of the Parisians that he work exclusively for them. Both in Vigo and in Paris, Luis Campos has not stopped trying to improve the structures in both teams. A soccer sufferer who has a very complicated challenge: that PSG win the first Champions League in its history blessed by his method.

Coutinho was the first to focus on Brazil for the match with Colombia | Sports | America Edition
Today’s matches May 12, 2022: Schedules, how and where to watch football live on TV this Thursday
The soccer star who is a Boca fan and wants to know La Bombonera
FOOTBALL 2696

Loading...
Newer Post
who is Julius Francis, the former boxer who went viral for knocking out a civilian in England
Older Post
The faces of the future Cuban boxing champions