This is the ‘Bodycam’: the new technology to transmit in football 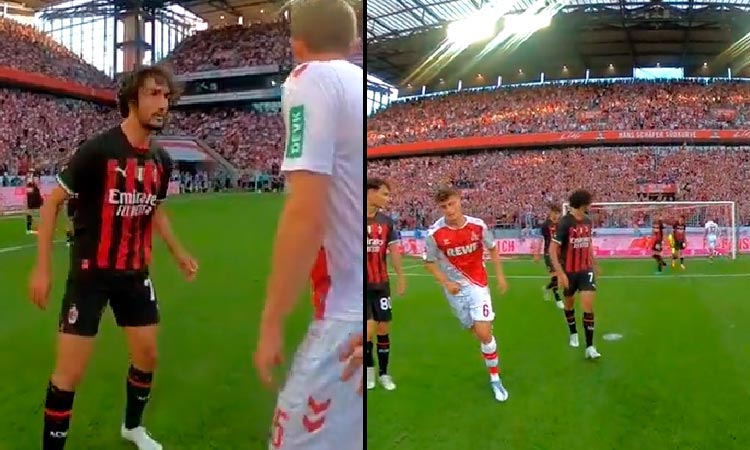 Soccer is one of the most watched sports in the world, therefore, every day incorporate innovative technology to enhance the e

This is the ‘Bodycam’: the new technology to transmit in football

Soccer is one of the most watched sports in the world, therefore, every day incorporate innovative technology to enhance the experiencejust as they did recently with the ‘body cam‘, which seeks to improve live broadcasts.

This initiative was proposed by a German company and its purpose is give an immersive experience to football fansbringing them closer to the footballers.

So the company developed a body camera, which is known as MindFly and has become popular under the name of ‘Bodycam’, which is integrated into a vest and records the movements and images of the field of play.

The curious thing is that this implement must be worn by athletesso that they provide a 180 degree perspective.

the ‘bodycam’ was tested for the first time in a friendly match last Saturday, June 16, between AC Milan and FC Koln, where unpublished details of the field were observed, as well as the footballers themselves.

…but from the perspective of the FC Koln defender via their body cam! 🤯🎥pic.twitter.com/bYw7PrnvBU

According to Eran Tal, co-founder of the technology project, the use of MindFly seeks to provide transmissions with emotion when approaching the viewer.

“Our AI lightweight vests are designed to maintain player performance and feel like they’re wearing a GPS vest, and athletes forget they’re wearing it after a few minutes,” Tal told German media.

After the match is over, FC Koln leaders were satisfied with the ‘Bodycam’given that it would make streaming this video more attractive sportachieving an increase in subscriptions.

On the other hand, one of the main challenges, according to comments from fans, is the weight of the vest, since the equipment of the athletes must be lightas seen, even the stickers.

See the video of the ‘Bodycam’ in football

More from the bodycam between AC Milan and FC Koln. pic.twitter.com/qgg3PBXeAs

Loading...
Newer Post
Olympic and world boxing champion expelled from sport after attempted escape from Cuba
Older Post
Ryan Garcia vs. Javier Fortuna: bets, odds, odds and how much each boxer pays in the fight