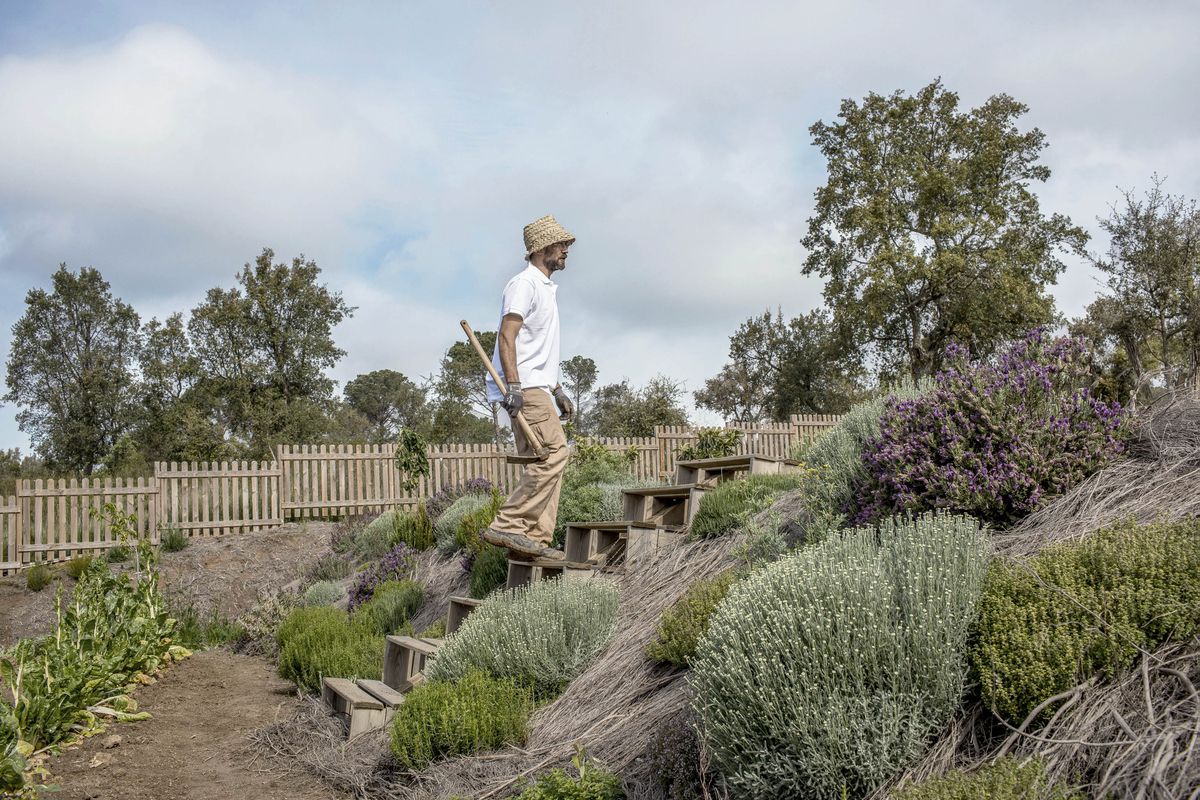 Seven years ago, after having visited natural parks around the world, the biologist Oriol Dalmau started working as a gardener at the PGA Catalunya

Seven years ago, after having visited natural parks around the world, the biologist Oriol Dalmau started working as a gardener at the PGA Catalunya, a low-density resort and well-known golf course. Taking the mythical figure of Oriol de Bolòs as a reference (it was he who standardized a method for characterizing forest masses), he realized the possibilities offered by the place and proposed to the management the project of converting a golf course into a natural reserve that will revitalize the daily life of lizards, turtles, harriers, plants and trees. Today, in addition to its 18 holes, it offers themed routes through native trees and workshops for children that range from the functions of nesting boxes to the peculiarities of turtles, as well as the transmission of values ​​about why we need biodiversity.

“Generating a good environment, protecting the perimeter vegetation, the seasonal ponds and the rewilding of areas, we obtain a framework that sustains all the associated fauna, with which we meet the objectives of sustainability and generate a circular economy”, says Dalmau.

We stop before a hawthorn. “I prefer that you cut an oak than this hawthorn, which should be cataloged and is much more useful.” The ecological function that this simple tree fulfills symbolizes its objectives: “The infusion of the leaves facilitates circulation and combats varicose veins. As the branches prick, it is an ideal refuge for small birds. As the fruit turns red, it is one of the first to give touches of color to the forest in autumn. Since most of our clients are European, they find it exotic, which gives them identity. Its berries are edible from autumn to winter, which generates food for birds and mammals such as the genet”.

The bird viewpoint is an exceptional place to understand the importance of another of the ideas that Oriol intends to implement: the mosaic landscape. “What is important is the fragmentation of the territory: creating forest areas, clean forest areas, bush areas, tall grass areas, different ecosystems, different habitats in which different plant species can grow. Here I can generate a mosaic landscape with native animal and plant species —amphibians or birds such as the water cock and the capbusset— and at the same time visual well-being, the player does not see hills, he does not see everything the same”.

This golf course offers a range of properties that are different from those of a natural park: “Being a private area, it is protected and free from hunting; ducks, roe deer, wild boars come here to take shelter. The tranquility cannot be compared with the overcrowding of other protected areas. It also allows the diversity of well-maintained and diversified ecosystems. And the aquatic systems, look how many water zones! The areas of tall grass between field and field are decisive for the birds to breed, and it is also irrigated with recycled water from the sewage treatment plant.

Oriol seeks to combine biodiversity with economic activity. About the bird species he explains: “We have the hoopoe or the jay, which is wonderful because it reforests the forest: it hides acorns during the fall to eat in the winter, but then forgets where it has left them. Also the green picot; the little grebe, which eats fish and is regressing, but here it is full, and various insectivores that release mosquitoes”. This way of managing the landscape and boosting the golf-environment union is, in different aspects, pioneering. For this reason, one of its main objectives is to show that managing golf courses in a different way is possible.

The origin of Canelo’s love for golf… with a dart at De la Hoya: “It’s better than having love for other things”
Phil Mickelson asks the PGA Tour for permission to play LIV Golf in London
Golf | Rahm, one more week world number one
GOLF 1228