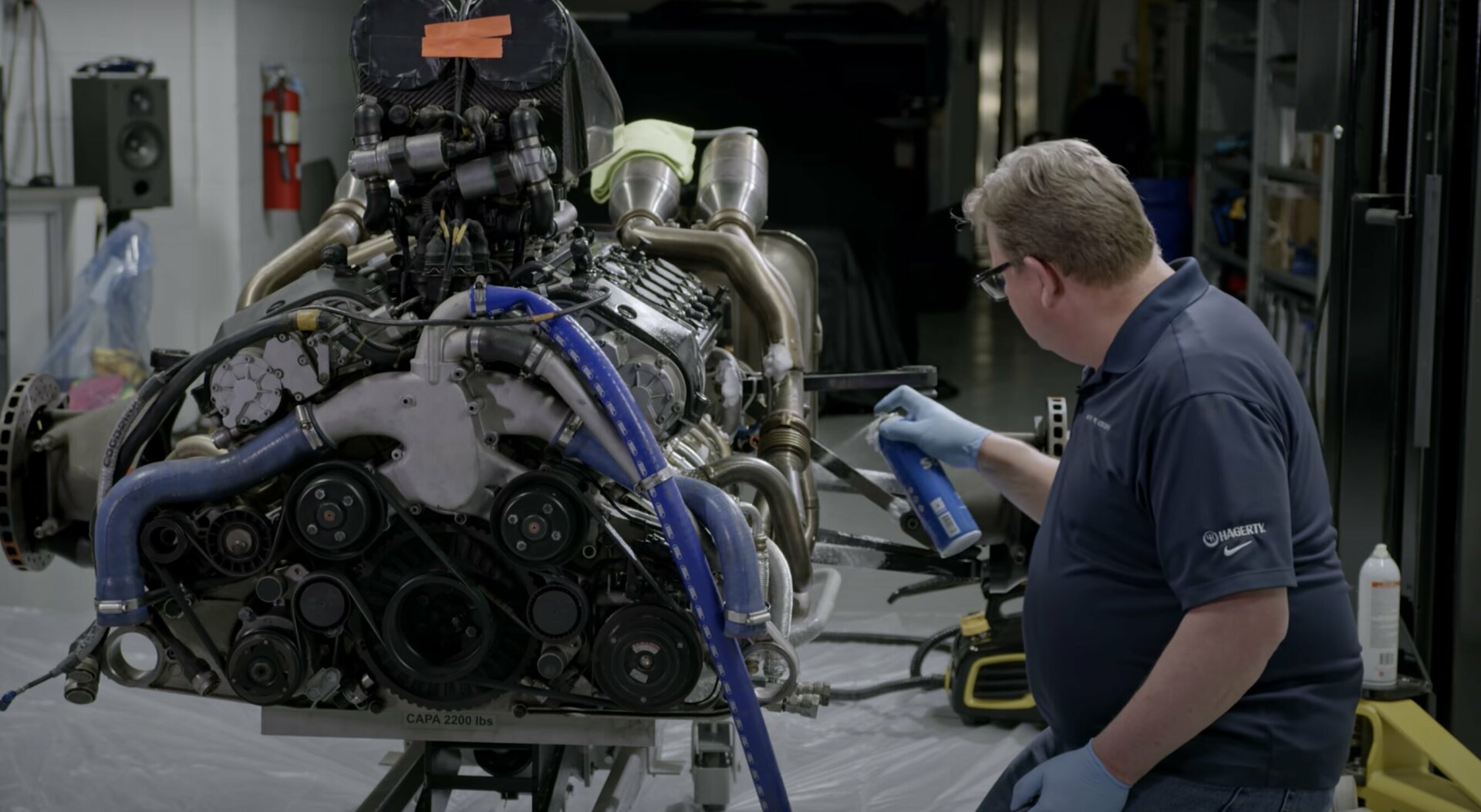 The McLaren F1 is one of the most exclusive, expensive and idolized cars in history, and part of that is thanks to its engine. Specifically in the

The McLaren F1 is one of the most exclusive, expensive and idolized cars in history, and part of that is thanks to its engine. Specifically in the bowels of the English hypercar hides a colossal V12 of BMW origin, a configuration practically extinct today. That is why it is therapeutic but at the same time distressing to see not only how the entire engine of an F1 is extracted, but also how its meticulous cleaning is carried out without breaking anything..

Tim McNair is in charge of literally dusting off the McLaren F1’s V12. It is a unit that is fortunately used quite a lot, so it is logical that there is enough residue both from the engine and from the outside causing it to be dirty.

And it is that despite the fact that the F1 is a spectacular car in many ways, it is not characterized by having one of the best accesses to its engine. That is why McNair and his team have been in charge of removing the propellant to be able to carry out the work in the best possible way, although this implies extracting not only the V12.

Both the exhaust system and the rear axle have come out together with the heart of the McLaren F1, a task that must be done with extreme care and is not easy to execute. But cleaning itself is also not easy, especially when it comes to working with materials like gold that covers part of the engine in search of helping it not to reach high temperatures. McNair himself indicates that it is so extremely delicate that just hitting it with a towel would cause it to drag the gold with it.

That is why they decide to separate the gold foil from the exhaust, being able to work on the engine without risking anything. Two days is what they needed to clean absolutely all the nooks and crannies of the atmospheric V12 of the McLaren F1, motor that in this case even had rust. Without a doubt, the before and after is therapeutic.

This is the Formula 1 position table before the Hungarian Grand Prix
Formula One LIVE Azerbaijan Grand Prix 2022
F1 2022: Red Bull seems to overcome the problems with the RB18: “It was a relief to see the checkered flag”
FORMULA 1 1941