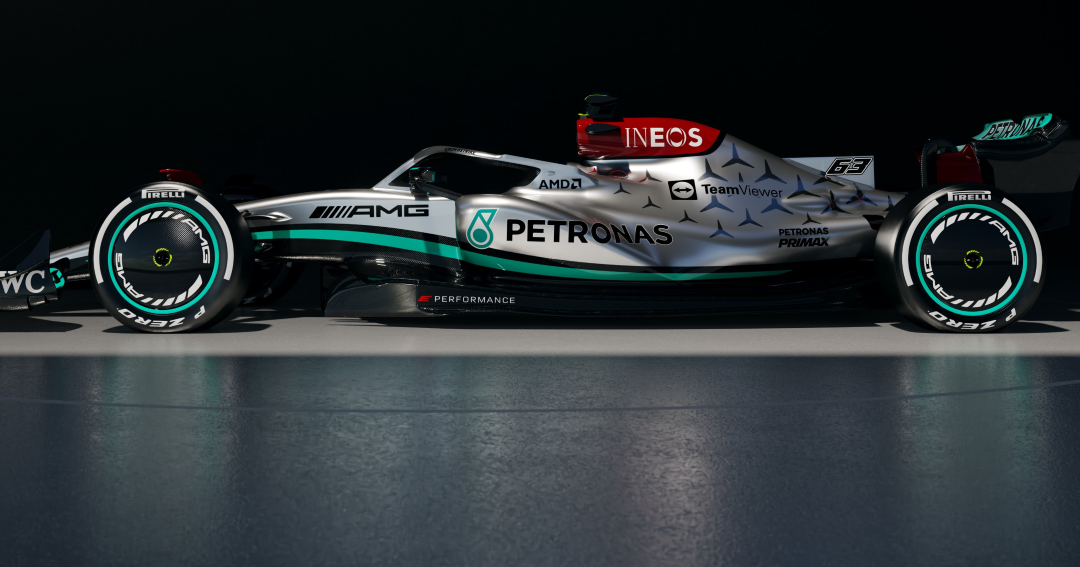 After the agonizing triumph of the Red Bull driver, Max Verstappen, which earned him his first world champion trophy last year, the 2022 Formu

After the agonizing triumph of the Red Bull driver, Max Verstappen, which earned him his first world champion trophy last year, the 2022 Formula 1 season has gradually revealed its cast of single-seaters, for which the The teams opted for electric colors and an aesthetic very similar to that of the 90s.

Although the season officially starts on March 20 at the Bahrain Grand Prix, the 10 teams have been working non-stop since the end of last year with the sole objective of developing the best cars, which not only give them advantages over their rivals, but also be attractive to the big sponsors who inject millionaire figures into the competition.

At the moment, all the great contenders for the Formula 1 trophies (drivers and constructors) have already presented their cars for 2022, with Mercedes being the last of this group. Red Bull, Ferrari and McLaren had already done it in previous days. Drivers like the Spanish Carlos Sainz, the Mexican Sergio ‘Checo’ Pérez and the British George Russell, are called to steal a bit of prominence from the great stars Verstappen and Hamilton, first and second, respectively.

The return of the King

As for teams, Mercedes, which has been champion for eight consecutive years, today presented its most recent contender for the title, its W13 model. After 18 months of hard work, the end result is a car that is 98% new and newly designed from head to toe with minimal glimpses of its predecessor.

The W13 is the product of a complete redesign from top to bottom, with the steering wheel the only carryover from its predecessor. According to the team, operating with a blank slate and such a steep development curve has been an exhilarating experience for the engineers at the team’s base in Brackley and one they have enjoyed.

“Engineers love a challenge and so it’s a fantastic opportunity to do something new. In the aerodynamic world you’re normally chasing small bits, but with such big regulation changes the gains have come in huge numbers, which is pretty satisfying,” said Mike Elliott, the team’s technical director.

For Oracle Red Bull Team CEO Christian Horner, the new RB18 was a clean sheet of paper. “By the time we get to the first race, the car will not look much like the one we presented, the evolution will be very rapid as we go through the season,” he explained.

However, the manager is well aware that it is not about the car in the first race, or even about the ways of running on the track. “It’s going to be about development,” he explained. “It’s about how quickly teams get up to speed on the new regulations. It is the biggest change in 30 or 40 years, so the development is going to be intense and fast and, of course, with the cost limit, it has to be efficient.”

Through its two star drivers, Charles Le Clerc and Carlos Sainz, the team with the most tradition in F1, Ferrari, showed the world its new F1-75, heavily inspired by the team’s triumphs in the 90s.

The car is the number 68 that the team has built to compete in this category, so they opted for a new shade of red, specially developed by the Ferrari Style Centre, while its name reflects the fact that the company celebrates this year the 75th anniversary of its foundation. This celebration is reflected in the logo, along with the Italian flag, which has long been a feature of Ferrari’s Formula 1 cars.

very true to his style

Led by British star Lando Norris, Mclaren did not change its style much for the 2022 season, as it kept the same shades of orange and blue, traditional colors of the UK team.

“There are a lot of changes, a lot of which you can’t see from the outside,” explained McLaren technical director James Key. “Looking at the obvious things that you can see, the first thing you notice is the new tyres. We’ve had 13-inch wheels for many years, with high-profile tyres, now we run 18-inch wheels with low-profile tyres. For us, any tire change can have a lot of influence on the design.Of course you have to work with a different level of grip, but also how the car balances, how the new tires affect the handling etc. We have followed this very closely, as it is one of the biggest changes in regulations that we have seen in recent years,” he said.

Tags: fashion, Sport, Building
After F1, now Rappi points to football with a sponsorship of the Colombian National Team
Dwayne Johnson’s Sneaker Brand Signs Multi-Year Deal With UFC
The figures of the stars of soccer and reggaeton: who earns more?
FORMULA 1 1980