this was his NBA debut with the Grizzlies 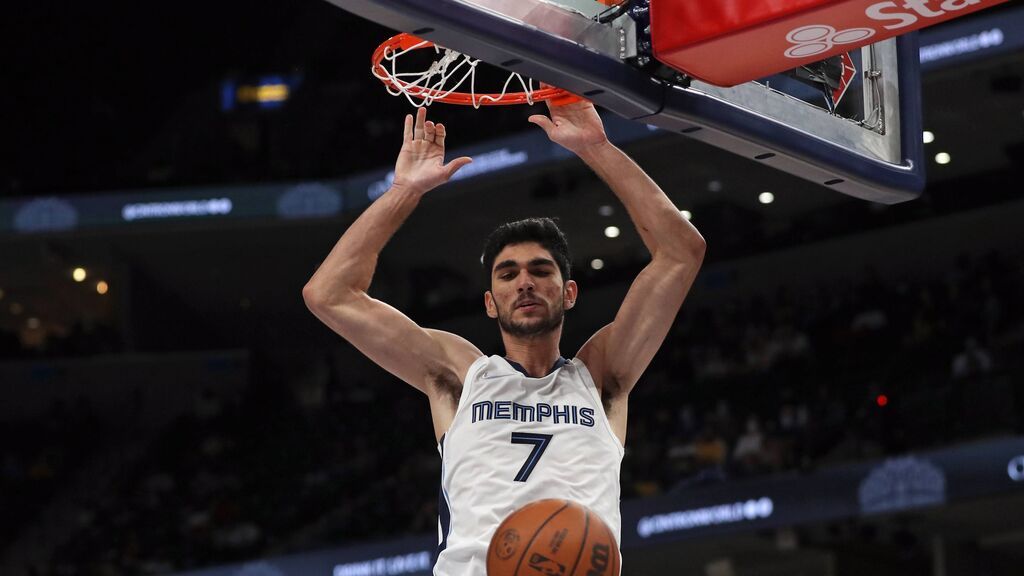 Santi Aldama became the 18th Spanish player to play in the NBA. The Grizzlies center made his debut against the Blazers when the game was already

Santi Aldama became the 18th Spanish player to play in the NBA. The Grizzlies center made his debut against the Blazers when the game was already decided, but left a very good performance in his six minutes of play. Aldama got seven points and left a good taste in the mouth when he stepped onto an NBA court for the first time. For its part, Ricky Rubio beat the Cavaliers to the Clippers at Staples.

The Cavaliers continue in good progress and reached a positive balance (3-2) after conquering one of the most demanding courts in the NBA, the Staples Center, where they expected some Clippers who are once again candidates for the ring despite the Kawhi Leonard’s low.

Leaving one more day from the bench, Ricky Rubio played 28 minutes in which he also added 3 rebounds and 3 assists with a 6/13 shooting from the field. Guard Collin Sexton was the best with 26 points and also found help from the team’s starting point guard, Darius Garland (16), to beat an opponent led by a gray Paul George (6/20 on the pitch).

With the Hernangómez again without minutes with Boston Celtics – Juancho’s loss against Washington Wizard (107-115) – nor with New Orleans Pelicans – Willy’s loss against Atlanta Hawks (99-102) -, Santi Aldama was the other Spaniard who dressed short last morning.

The power forward played 6 minutes with the Grizzlies in which he contributed 7 points (3/6 shooting) and 2 rebounds. Although Ja Morant touched the ‘triple-double’ (17 points, 10 assists and 9 rebounds), Memphis had no options at the Moda Center in Portland, where CJ McCollum (25) and Damian Lillard (20) were top scorers.