This was Seville in 1982, the year of the World Cup and the visit of the Pope 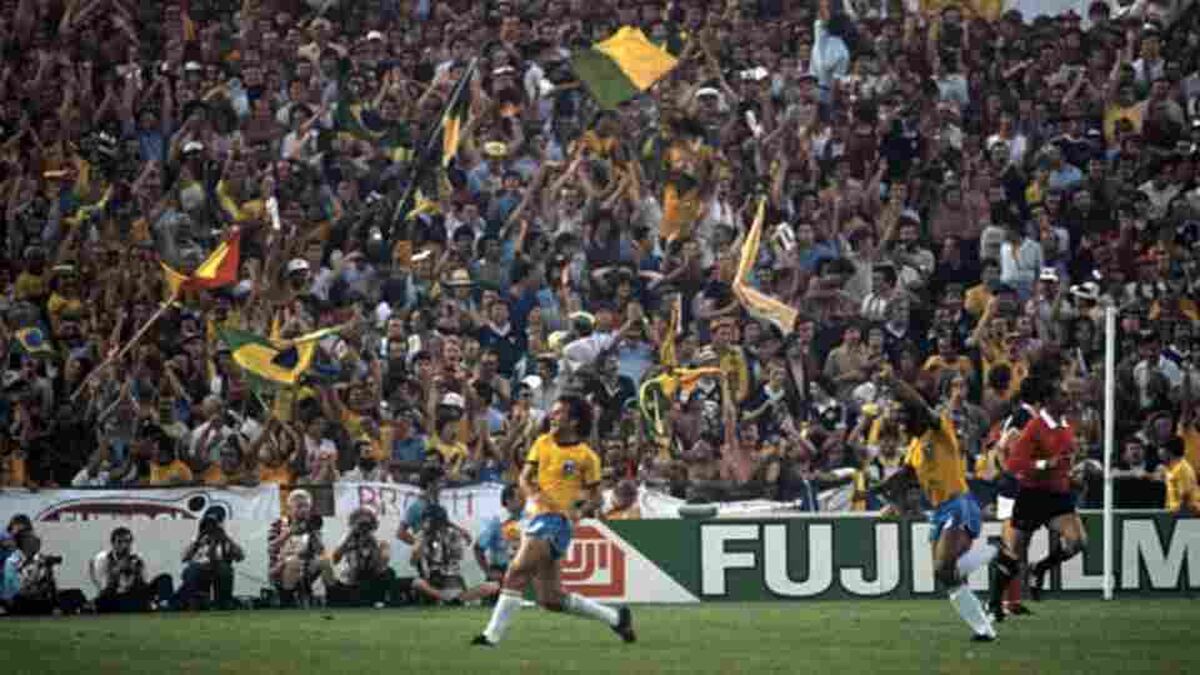 The Seville of 1982 it was a city that still had ten years to go before experiencing its most profound change in recent history, at the hands of th

The Seville of 1982 it was a city that still had ten years to go before experiencing its most profound change in recent history, at the hands of the Universal Exhibition of 1992. Precisely ten years before the exhibition, the foundations for that transformation were laid, since it was on March 3, 1982 when the Government formally requested the organization of the Expo from the International Exhibitions Office.

the hometown of Philip Gonzalez it was a city that lived with its back to the Guadalquivir river when it won its first elections. Key infrastructure such as the centennial Bridge, the main highways that today serve to enter and exit the same or the station of Holy Fair.

There was also no AVE and the connection with Madrid It was mainly by plane. By road, the trip was much longer and more difficult than today, since it was necessary to cross the gorge of Despeñaperros.

Despite this certain isolation, the city had an intense cultural life and had been one of the main focuses of the counterculture since the late 1970s.

Despite this certain delay in relation to other capitals of the country, Seville had two important events that gave it international renown in 1982. The first was the Soccer World Cup, which was held in Spain and which had one of its headquarters in the Andalusian capital. Brazil disputed the first phase in Seville and dazzled with his nice game. She beat the Soviet Union by 2 to 1 in the Ramon Sanchez Pizjuan and thrashed Scotland (4-1) and New Zealand (4-0) in the Benito Villamarin.

The team captained by Sócrates was without a doubt the one that displayed the best game in a tournament that later ended up being won by Italy, which would beat Brazil in the second phase, in a match that was played in Sarria, in Barcelona. In Seville, in the Sanchez Pizjuan, one of the two semifinals was played, the one played by the France of Platinum and the Germany of Rumenigge, which for some is the best match in the history of the World Cup.

Both teams reached the end of the match tied at one at the end of the match. Extra time started well for the Gauls, who managed to lead 3-1 with goals from treasure and Turn around. Rumenigge and Fisher would draw for Germany. The meeting (which would also be remembered for the criminal entry of the German goalkeeper, Schumacher, to the French defender Battiston) it would end in a tense penalty shootout which the Teutons won 5-4.

The second event that gave universal fame to the Seville of 1982 was the visit of the Pope John Paul II. The pontiff set foot on Seville soil on November 5. A mass was celebrated in the field of the Fair, in which they beatified Sister Angela of the Cross. He also visited the grave of the Cardinal Marcelo Spinola whom he would make blessed five years later.

The archbishop received him Carlos Amigo Vallejo, what had happened to Jose Maria Bueno Monreal in office just a few months earlier, on May 22. It was the beginning of a long mandate of which he would later become cardinal and that left a deep mark on the Sevillians.

At that time he was mayor of Seville Luis Urunuela, of the PSA. On January 11, the Statute of Autonomy of Andalusiaon May 23 the first regional elections were held in Andalusia. On June 21, the Andalusian Parliament in the tapestry room Royal Alcazar.

The Easter 1982 was remembered for years by a heavy downpour that surprised the brotherhood of the Bitterness when he was heading to the Official Race. That rain would later mark the eminently conservative character of this corporation when it comes to coming out with uncertain weather forecasts, which has been maintained until recent years. In November the imaginer died Luis Ortega Bru, that just a few months earlier he had completed the Supper apostolate.

December 1, Loneliness Becerril She was replaced by Javier Solana at the head of the Ministry of Culture. Antonio Dominguez Ortiz received the Prince of Asturias Award for Social Sciences and Carmen Laffon the National Plastic Arts. It was also the year in which the Cartuja stopped making earthenware.

In the black chronicle, there was a crime that shocked the public. It was the girl’s Rachel Sanchez, 26 years old, murdered by her mother, Anne Marchena, who stabbed her several times at her home in the neighborhood of La roe deer