this was the 48 hours in which Obama revolutionized Malaga 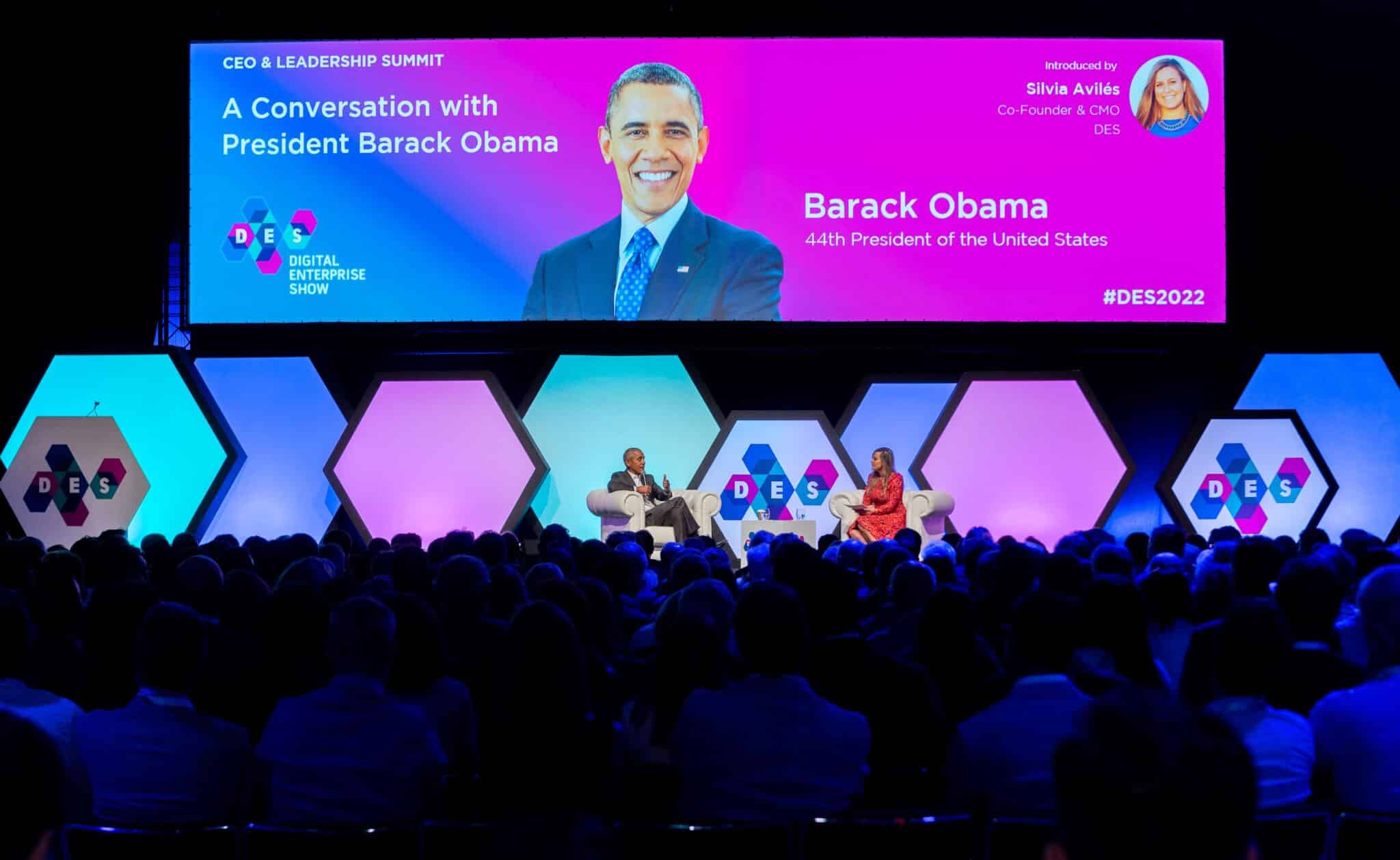 "This Malaga upside down. What a two days we've been." "I don't know where so many policemen have come from, but don't look at the one that Mr

this was the 48 hours in which Obama revolutionized Malaga

“This Malaga upside down. What a two days we’ve been.” “I don’t know where so many policemen have come from, but don’t look at the one that Mr. Obama has put together.” There is no other topic of conversation among the inhabitants of the Andalusian city. It is enough to talk to the taxi drivers or the receptionists to realize that something is cooking in the capital of the espetos.

DES 2022 has a luxury speaker. Barack Obama, the 44th president of the United States, spoke for an hour before a packed auditorium about technology, politics, employment or racism. The close to a thousand people who paid a little less than 2,000 euros to see him live They received him with a resounding applause.

The expectation, therefore, was supernatural. It was not for less. The fair that is celebrated during this week of June will generate an economic impact of more than 30 million euros for the city and will bring together more than 14,000 congressmen, who have managed to hang the full sign in all the hotel establishments in Malaga during the three days of the event.

All that public, minutes before, crowded at the only access door to find a better place and be able to see him up close. Several attendees at the technology fair who did not pay that amount tried to enter the room where Obama was giving his speech. And some, he got it.

When approaching the Malaga fair pavilion, a National Police convoy armored and combed the area. “This with the Prime Minister does not happen. Sánchez has come here other times and there is not so much control, ”explains another taxi driver when seeing the security control. And that, that the leader of the Executive was also there. But this time, the protagonist was another.

But for the President of the Government to be able to have a photograph with Barack Obama was a new victory. And finally he succeeded. Despite the fact that the meeting was not scheduled, Sánchez started a small conversation, as this newspaper advanced. Who knows if the little conversation between the two politicians will be reflected in the docuseries that the socialist is filming.

In addition to his presence at the DES, Obama took advantage of his stay in Malaga to polish his golf clubs, one of his favorite hobbies. The Democrat traveled to sotogrande to enjoy a hot sports afternoon in Cadiz. This location is nothing new for him since in 2010 he was with his whole family.

The former North American president rested in the Hotel Cortesin de Casares (Malaga). The resort It is considered one of the 50 best hotels in the world thanks to its beach club, sauna and spa area, gym, tennis courts, themed restaurants, shopping arcade and its golf courses.

The price, yes, is not within the reach of all pockets and a suite at the Hotel Cortesín ranges from 1,900 dollars up to $3,300 What does the two-bedroom family suite cost including breakfast? And it seems that everything she has enjoyed during these 48 hours has been to her liking. “I love Spain”, she said at the beginning of her presentation.

From Putin to climate change

But beyond the stir generated, Barack Obama sat in the chair of the DES in Malaga to discuss the most important issues that concern world society. How could it be otherwise, the former president of the United States did not evade the issue of the Russian invasion of Ukraine and said that “Putin is a threat to the West and European democracy.”

For the first black president in US history, the war has brought to light the solidarity of all Europe, including Spain, with the Ukrainian people, and has been “a wake-up call” at a global level in favor of peace. To stop the escalation of geopolitical tensions, Obama advocates betting on an “inclusive capitalism” that “leave authoritarianism behind and bet on democracy.”

Climate change was another issue that the Nobel Peace Prize winner wanted to address. In his opinion, the migratory crisis that society is going through is due to the fact that “people cannot have no other option than to leave their land”, due to global warming. For this reason, he urged all governments to bet on clean energy »and that governments promote” incentives for the energy transition of companies ».

The Government of Pedro Sánchez has conveyed to the main energy companies its concern about the diplomatic conflict in Algeria. Industry sources explain to this newspaper that, during the […]

Loading...
Newer Post
‘I want to be a legend and a Mexican idol’
Older Post
Boxing: The viral video in which Julius Francis, a former boxer who fought with Mike Tyson, knocks out a rioter