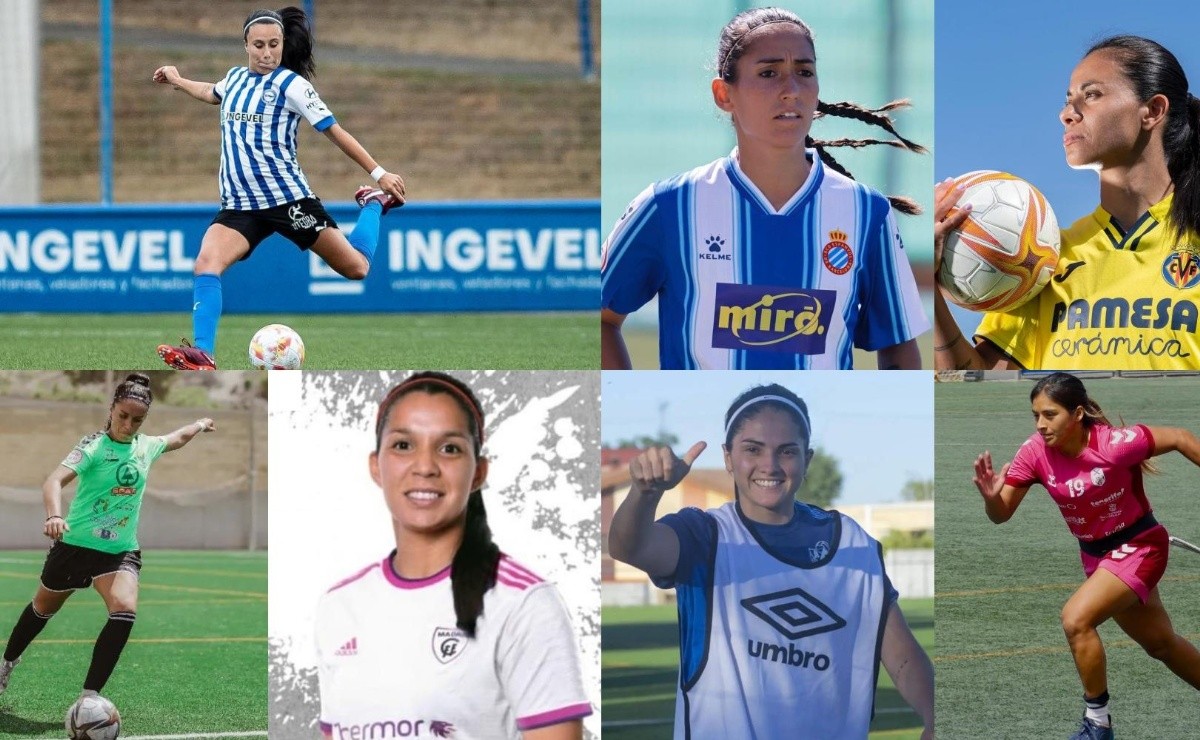 Chileans around the worldThere will be seven Chilean women playing in the three divisions of Spanish women's football this season. Only four of th

Chileans around the world

There will be seven Chilean women playing in the three divisions of Spanish women’s football this season. Only four of them will be in the First Iberdrola.

©InstagramWith seven Chileans!: This Saturday the futfem returns in Spain

This weekend of September 10 and 11 kicks off most of the women’s leagues in Europe. At least in the case of soccer in Spain, the kick will be given to the First Iberdrola, the First Federation (former Reto Iberdrola) and also the Second Federation (third division), which will have several Chileans in their ranks.

In total, there will be seven national teams that will play in Hispanic soccer in the 2022/23 season, as long as no other signs a contract before September 7, which is the day the transfer market closes. How will they be divided? There are currently four in the first division, two in the second and one in the third.

Javiera Toro left Seville and signed for UDG Tenerife, which will debut at home against Athletic Club on Saturday 10th at noon. Karen Araya, who also played in the Andalusian cast, is now part of the Madrid CFF ranks. She will open date 1 of the First Iberdrola as a visitor against Alhama CFF, on 9/10 at 6:00 am.

Camila Sáez, a new Deportivo Alavés player, also joins them. On Sunday 9/11 at 7:00 a.m. it will be his turn to debut with the blue and white shirt against Levante. And closing the list is Francisca Lara, who continues at Villarreal and will play this Saturday against Real Madrid, starting at 10:00 am.

On the other hand, in the First Federation, there will be Bárbara Santibáñez and Nayadet López Opazo. Santi’s Cacereño will debut as a visitor against Athletic Club B on Saturday at 5:30 am, while Naya’s Espanyol will host CD Alba Fundación on the same day and at the same time.

Yipsy Ojeda, who left Parquesol to become a signing for CD Femarguín, which plays in the Second Federation, closes the list. He is the only national that is currently in that division and his debut will be against Unión de Tenerife in a Gran Canaria classic.

Yanara Aedo’s case is the only one different. La Maga played for Rayo Vallecano during the 2021/22 season, but the transfer market in Spain is about to close and she has not received good offers, so she looks closer to returning to Colo Colo than to continuing in Europe.

Loading...
Newer Post
First function of the Boxing Tournament is held | Puebla Municipalities
Older Post
Michael Morales gave an MMA seminar in Guayaquil and announced that the Entram Gym coach is coming to Ecuador to look for talents | Other Sports | Sports