this will be the new formula 1 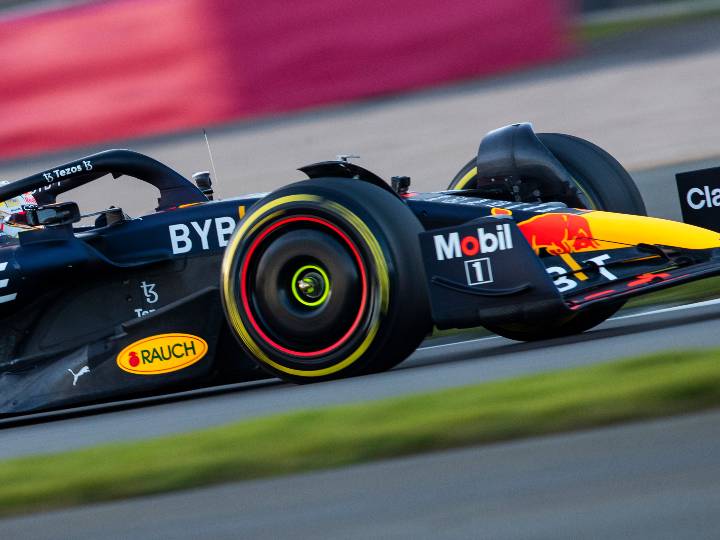 this will be the new formula 1

The suffocating hegemony of Mercedes-Benz in the hybrid era of Formula 1 It forced the organizers of the highest category to desperately search for a solution that would even things out a bit again and put more public interest in the series.

Above all, now that Liberty Media has been in charge of squeezing the most out of the category’s marketing potential, attracting a significant number of new fans, who ask for cardiac races until the end.

Thus, in 2019 a new technical regulation was announced for Formula 1 single-seaters, which seek to eliminate the worst enemy of the show: dirty air. According to F1 data, a car from the previous generation leaves a trail of turbulent air that causes the car that is closely following it to look for an overtake to lose more than 50% of the aerodynamic support in the front axle, which forces it to having to move away, complicating overtaking.

Systems like DRS have helped to reduce the lack of emotion on the track a bit, but F1 is sure that this new car will allow for intense battles in all areas of the grid, as well as helping the list of contenders for victory is wider.

With the presentation of the F1-75, Ferrari will not only pay tribute to its 75-year history as a sports car manufacturer, but also introduce one of the first revolutions in the design of the new single-seaters: a marked groove in the top of the side pontoons. Although to date the vast majority of the car presentations that we have seen are more of a marketing event to show off how the decoration looks on this new generation of single-seaters, some teams such as Aston Martin and Ferrari did show much more of the work that have developed its designers, engineers and aerodynamicists.

But the Scuderia did blow the fence with this solution, which creates a marked channel between the upper part of the pontoon and the cover of the power unit, which, according to speculation by experts, seeks to create a tunnel that accelerates the flow of air. from this area towards the rear axle, to give more support to this area of ​​the car. Also, the Ferrari shows a larger air intake for the radiators, which is very likely to do with this aerodynamic solution.

One of the most anticipated elements for this new generation of single-seaters are the 18-inch wheels, which will mark the first time in more than 45 years that the 13-inch measurement has been abandoned, in order to align this part to what most sports cars, vans and other models on the market are using and therefore helps Pirelli to develop better tires for its commercial products. The Italian firm worked two years on this development, creating more than 30 prototypes and different compounds that were tested by all the teams, to create the definitive specification for this season.

The new Pirelli tires have a wider working range than previous rims, without compromising heating which limits overheating and reduces degradation. In addition, they have new optimal working temperatures, lower (70 degrees in both axes), with which the foundations are beginning to be laid to eliminate thermal blankets in the coming years, which work electrically to fine-tune them.

After the embarrassment experienced at the 2021 Belgian Grand Prix, Formula 1 took action on the matter so that this does not happen again. On that sad Sunday, August 29, the race direction refused to cancel the test, despite the fact that there was irrefutable data that the rain was not going to stop and there were not going to be conditions to run a Grand Prix, which led to that the cars go two laps behind the safety car and half the points are awarded. All this after four hours of delay.

So from this year, the rules will require cars to drive at least two laps of the track without the presence of a safety car or virtual safety car, in order for points to be awarded. If the leader completed between two laps and less than 25% of the race distance, only the top five will receive points counting from 6 to 1. If 50% of the Grand Prix is ​​reached, units will be given to the top nine, totaling 13 for the winner. If 75% of the distance is reached, the sum will rise to 19 for first place and units will be given up to tenth place. With more than 75% run, full points are given.

One of the great novelties of this new single-seater is the front spoiler, a piece that for the first time in more than 30 years is integrated with the tip of the car’s nose and that was simplified. If we take a look at the front wings of the 2021 cars, we will notice the presence of various aerodynamic planes and appendages, many of them varied from track to track, but now the 2022 single-seater has this piece very well regulated, where there can only be four fins and we’ve seen various solutions, some with the nose brought up to the front of the car and others with the foreground attached with small metal hooks.

In the case of Ferrari, the Scuderia wore a very sharp nose, where there is also a small opening, which must have the function of bringing more air to the bottom of the car. But, we have seen others with rounder and even wider noses, which shows us the great amount of options that are available, despite the fact that the regulation seeks to reduce the innovation options to a minimum.

Despite the fact that at some point it was expected that there might be modifications to the Formula 1 power plants, since this hybrid era began 8 years ago, the global crisis generated by the covid-19 pandemic forced these engines to be maintained for at least four other seasons. Thus, Mercedes, Ferrari, Renault and Honda will have to homologate their engine by 2022 and he himself will be frozen, with some small areas of improvement, until at least the end of the 2025 season.

But one of the most important pieces of information is that the FIA ​​will oblige engine manufacturers to deliver the exact same engine specification used in their factory team to customer teams. In addition, to reduce the price of these propellants, the use of exotic materials and alloys was prohibited, only materials that are commercially available can be used, which will represent an increase in the weight of this entire set. Finally, they must be able to run on a mixture of gasoline and 10% ethanol, in 2021 it was 5.75 percent.

Ground effect is an aerodynamic solution used in Formula 1 cars in the 1970s and 1980s, but it was banned because of how dangerous it made the car in case it lost power. The principle of operation of this aerodynamic effect is simple. It is that the air that flows through the lower part of the car can be accelerated from the point of entry to the point of exit. When this is achieved, the car literally sucks itself into the asphalt, having great acceleration and also good cornering stability.

Unfortunately, if something interrupts the airflow, such as a change in pavement height, this suction is broken and the car can literally go airborne, with fatal consequences like Gilles Villeneuve’s crash in Belgium 1982 F1 claimed that has worked with simulation elements provided by Amazon Web Services to find out how these new cars will behave if they lose power and avoid serious accidents.

In addition to the simplification of the front and rear wings, and the prohibition of the use of various aerodynamic elements throughout the car, including the suspension arms. So with such clean aerodynamics, Formula 1 had to find some way that a little more downforce could be generated on the front axle, and that’s how these fins on the front wheel areas were born, which are integrated with the part that brings fresh air to the brakes.

These small spoilers also have the function of deflecting the air that passes through this area of ​​the car, to prevent it from going to the rear spoiler and generating dirty air. Also, the covers of the new 18-inch wheels have a very important function to reduce turbulence inside the wheel, in addition to also serving to better direct the flow of air along the side of the car.

This Saturday race experiment, which debuted in 2021, will continue for this season and will take place at the Imola, Austria and Brazil Grands Prix, only this last date is the one that repeats compared to last year. In the original conception of this 100-kilometre race was to award the pole position of the Grand Prix to its winner, as well as a sum of 3 points to the winner, 2 to second place and one to third. But, for this year, whoever finishes first in Friday’s qualifying session will be the one who takes pole position from that GP and will start the Sprint Race first.

For his part, whoever wins this test will start in first place on Sunday, but he will not be the pole man. In addition, there will be a greater sum of points, which now covers places 1 to 8, with a descending sum from eight to one point, plus those that are awarded on Sunday to the first 10 places of the Grand Prix. Also, it was announced that the financial support for extra expenses, of 420 thousand euros, which was given last year, will not be granted this season.

Tags: Czech Pérez, F1, Formula 1
Formula 1 Championship standings and standings
How is qualifying going after the Italian GP?
Spanish GP: Madness for Formula 1 causes changes in the definition of Series A
FORMULA 1 1545