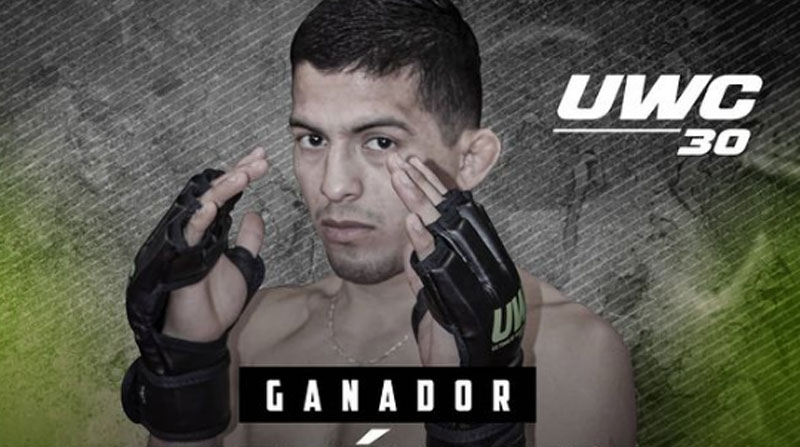 The triumph was by triple game for Ecuador, in Mexico, in the increasingly prestigious setting of the UWC, the night of November

The triumph was by triple game for Ecuador, in Mexico, in the increasingly prestigious setting of the UWC, the night of November 26, 2021. This, because Aaron Canarte, Andres Luna Martinetti and Javier Basurto they won their respective matches in mixed martial arts (mma).

The three tricolor that entered the scene at UWC 30 proved their effectiveness in continuing to improve their professional records. Luna Martinetti, 26-year-old went to 12 wins undefeated after a sensational submission win over the hometown Paul Marquez, at the event that took place in Tijuana.

For Daniel Novillo, a specialist in combat sports, the Guayaquil fighter is increasingly close to the “big leagues.” This was published on the Instagram account MMA Fan Ecuador.

Luna won with an unusual leg brace, known as a ‘calf slicer’. He fights at 135 pounds.

For his part, Cañarte, 25, added his eighth win and is also undefeated. He defeated the Mexican by unanimous decision Fernando Arevalo, in a fight in the 145-pound division.

The evening of Ecuadorian triumphs was completed by Basurto, 31, who defeated Mexican Christopher Ramírez by technical knockout at 155 pounds. ‘El Cholo’, as he is known in the mma world, thus improved his professional record to 19 wins and 7 losses. Basurto is another of the tricolor wrestlers who trains at the famous Entram Gym in Tijuana, Mexico.

The UWC has become a stage for the triumph of several Ecuadorians. Michael Morales also passed through there in April, who later earned a place to fight for the UFC.

Georges St-Pierre reveals his toughest rival in UFC
Cristiano Ronaldo: Khabib Nurmagomedov, former UFC, made a revelation about the signing of the Portuguese by Manchester United | NCZD | SPORT-TOTAL
It will happen? Michael Chandler gave his prediction on the new UFC champion
UFC/MMA 471