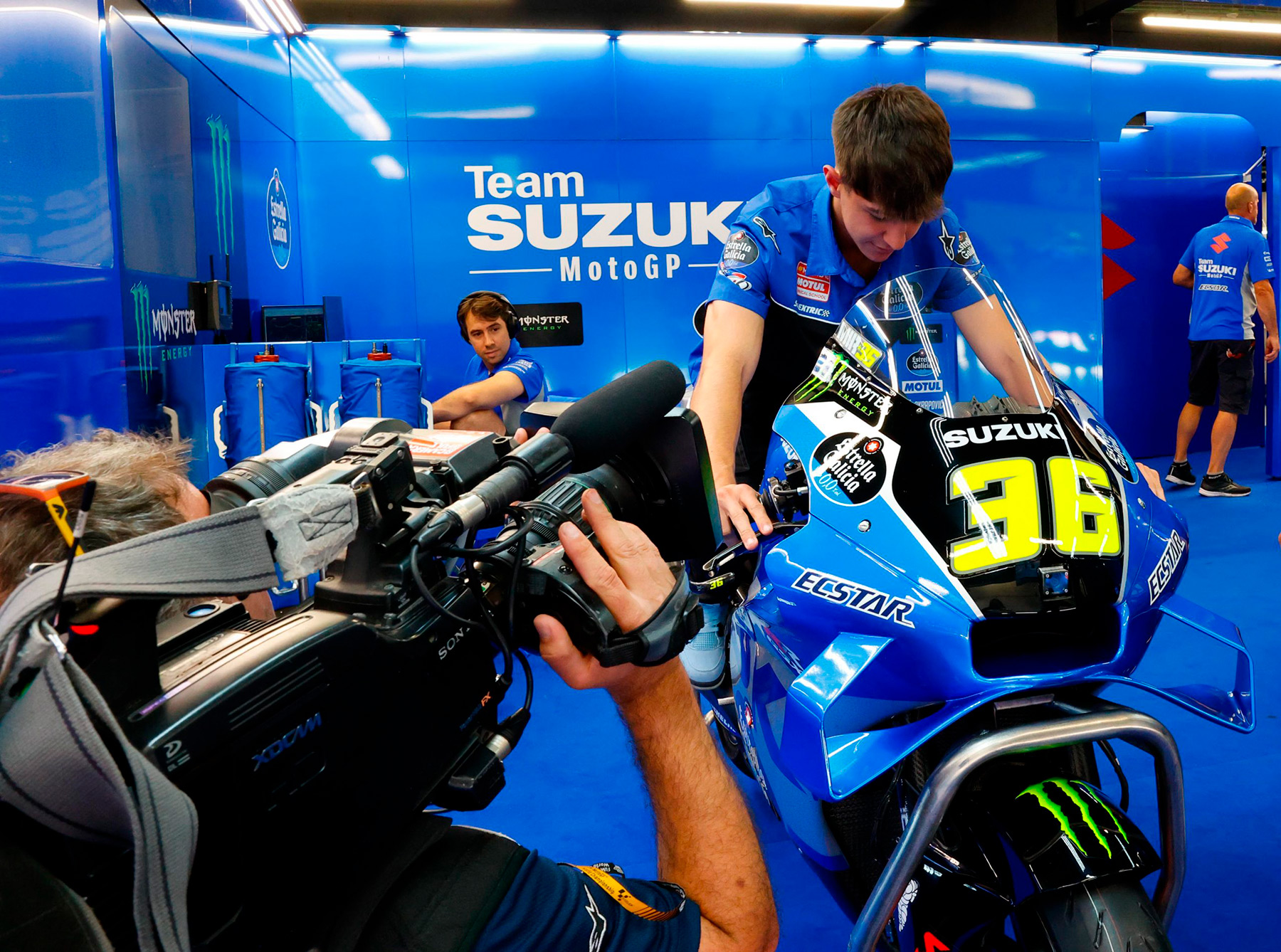 José Antonio Rueda, Facundo Llambias and Ángel Piqueras visited the MotoGP World Championship paddock and met with all the Estrella Galicia 0,0 riders, the same sponsor they have in the FIM JuniorGP.

see to Jose Antonio Rueda, Angel Piqueras and Facundo Llambias in the paddock of the MotoGP World Championship is now a novelty, but it could be more than usual in the coming years.

The three Team Estrella Galicia 0.0 riders who compete in the FIM JuniorGP (Moto3 Junior World Championship) were invited to spend a day at the Grand Prix from within, meeting in Montmeló with those who are the ambassadors of the Galician firm in the World Championship: the two Suzuki riders, Alex Rins and Joan Mirin addition to Alex MarquezSergio Garcia or Jeremy Alcoba.

From the advice of Mir, Alcoba or García, through the technical explanations of Rins and even the first experience eating in a World Cup catering. There was everything for these three promising drivers, who are among the clear protagonists of the great prelude to the World Championship.

Special mention deserves Jose Antonio Rueda, who leads both the Moto3 Junior World Championship and the Red Bull Rookies Cup. Most of his last races have been based on exhibitions, which allows him to lead the FIM JuniorGP with no less than 71 points ahead of the second-placed team, while in the Red Bull Rookies Cup he commands with a 10-point advantage. Adding both championships, has won seven races so far this seasondespite competing in both events with different bikes (Honda in the FIM JuniorGP and KTM in the Rookies Cup).

Rueda already knows what it is like to race in the World Cup, since he has done two substitutions, one replacing Gabri Rodrigo in Valencia 2021 and another in Le Mans 2022 doing the same with Alberto Surra. The destiny of the young driver from Seville is in the World Championship and he is doing more than enough to get up.

For its part, Angel Piqueras is in third place in the Moto3 Junior World Championship and fifth in the Red Bull Rookies Cup, while Facundo Llambias He has not been able to show his potential due to an injury that has caused him to miss the last two races. Even so, the Uruguayan shows ways in his first year in the FIM JuniorGP.

This was the visit of these three riders to the World Championship paddock, which can be called prescient, because it is likely that over time we will end up seeing the three as future protagonists of the championship.

MotoGP returns to normality in its 2022 calendar
MotoGP 2022: when the World Championship begins, calendar and dates of each race
New circuit edition in sight!
MOTOGP 703