Tickets for the COAC 2022 Final go on sale: where to buy and prices 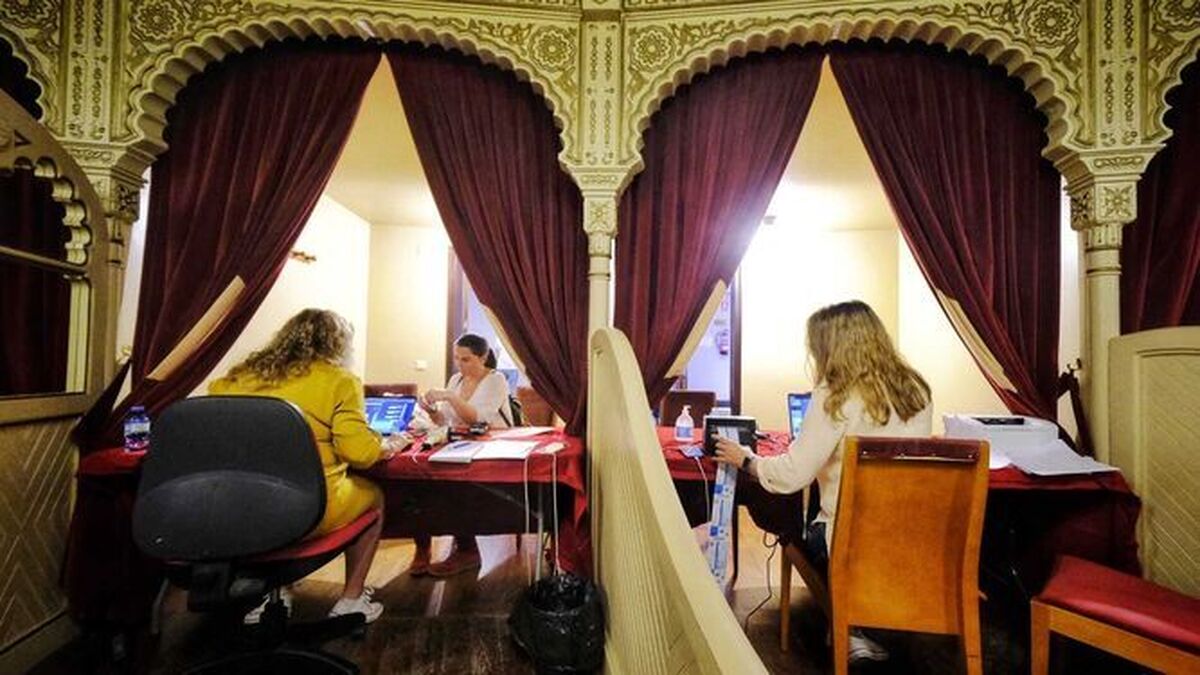 The grand finale tickets of the Official Contest of Carnival Groups (COAC) of Cádiz 2022, which will be held on Friday, June 3, go on sale today, s

The grand finale tickets of the Official Contest of Carnival Groups (COAC) of Cádiz 2022, which will be held on Friday, June 3, go on sale today, starting at 10:00 a.m. It will only be at the ticket offices located in the hall of the Gran Teatro Falla and not through the online platform.

They can be purchase two tickets per person and they must be identified with the full name and the DNI, which must later be shown together with the ticket at the access to the Theater.

Tickets for people hearing impaired, people over 65 and people with disabilities will go on sale tomorrow Sundayor from the same time at the Gran Teatro Falla, at a box office set up specifically for these groups. Only one may be purchased per person. Those who are going to acquire these tickets must carry the relevant documentation that proves that they are over 65 years of age or that they have a disability. Five boxes have been reserved for people with reduced mobility.

Prices For the tickets for the Grand Final, which will be held on June 3, they are as follows: Seat, Platea Box and Main Box 95 euros, Second Box and Front Amphitheater 80 euros, Amphitheater 70 euros, and Paradise 45 euros.

The early this Thursday, Once Wednesday’s session is over, the groups that will advance to the Final and fight for the prizes on Friday, June 3 in the Final will be known.

the cElevenjala delegate of Culture and Festivals, Lola Cazalilla, points out that the decision to put on sale the tickets for the Grand Final of the COAC 2022 only at the box office of the Falla Theater is due to the intention of “recovering the best atmosphere on that great night of the Cádiz Carnival by facilitating access to the Final to the men and women of Cadiz because they are the ones who participate the most and live this party”. “Already in 2020 we made it easier for the residents of Cádiz to acquire the seats of the Final by putting 70% of them on sale at the Falla ticket offices and 30% on the internet, and now we give one more step with the purpose indicated above”.

In line, he points out that, Also different from 2020, when only the purchase of one ticket per person was allowed, “this year, when everything is on sale at the box office, two can be purchased, thus allowing people who do not have to be in the city or in the queue at the time of purchase”. “The 2020 formula was a success and we are convinced that this one will also be,” she adds.

And likewise, he highlights that they are put up for sale on weekends “so that people have easier access to purchases.”

The mayor also thanks municipal workers his “effort and professionalism” starting “the machinery for the sale of tickets for the Contest on a Saturday”.

Tags: tickets, brandy, sale
These are the changes in Formula 1 for 2022
The first 28 shifts for the 2022 Draft were defined
Boxing: Daniel Aquino started the year with a devastating knockout in Santa Fe
TICKETS 177