Tickets for the Girona – Fontajau Final Four are on sale 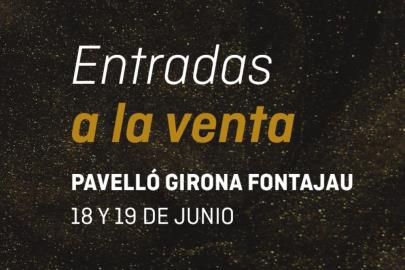 The Spanish Basketball Federation has opened this Saturday afternoon the ticket sales process for the Final Four of the LEB Gold League that will be held in Fontajau (Girona) on September 18 and 19. Tickets can be purchased online and will be available until full capacity.

The Final Four of the LEB Oro League has today opened the ticket sales process to be able to witness the three matches that will be played starting on Saturday 18 at the Pavelló Girona Fontajau. Ticket sales will be made through the web platform listed below until full capacity is reached.

The Final Four will begin on Saturday the 18th with the single-game semifinal between Movistar Students and Zunder Palencia to one side of the draw (5:30 p.m.), as well as with the confrontation between ICG Força Lleida and Basketball Girona to the other, in a duel in which the people of Girona will enjoy their status as the host team (8:00 p.m.). Finally, the two teams that manage to overcome the penultimate round will fight for promotion in the grand final that will take place on Sunday the 19th and will start at 6:45 p.m.

An event that will take the baton from Bilbao 2019 and in which we will learn the name of the team that will accompany the Endesa League to a Covirán Granada that previously certified its place as league champion.

FINAL FOUR FOR THE PROMOTION:

Tags: spanish basketball league, princess cup, basketball
Denver beat Golden State to keep hopes of getting through the round
Stephen Curry spoke about his biggest regret in his career, what is it about?
Check the schedule of games in the NBA for this Friday
TICKETS 283

Loading...
Newer Post
Ozzy Osbourne will perform at the opening game of the NFL
Older Post
Andy Ruiz: How much money will he earn for his fight against Luis Ortiz