Tickets for the World Cup repechage start at 30 soles 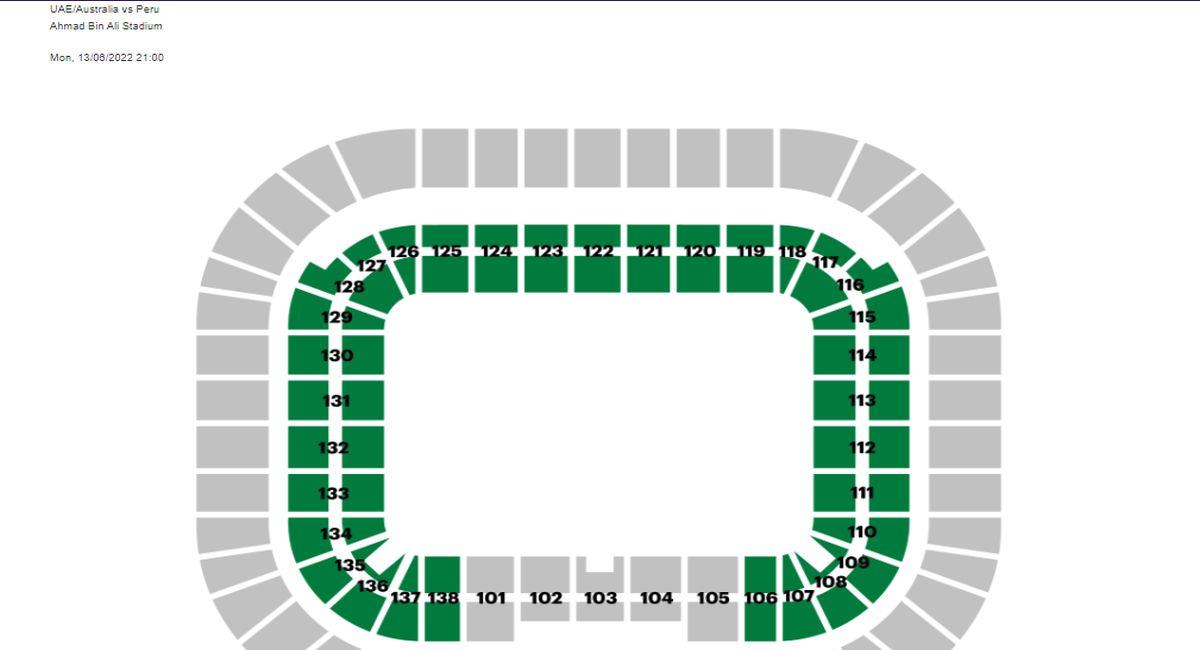 In the midst of great expectations, especially for Peruvian fans, tickets for what will be the world cup playoffinstance in which the Peruvian Nat

In the midst of great expectations, especially for Peruvian fans, tickets for what will be the world cup playoffinstance in which the Peruvian National Team will seek to make the ticket to Qatar 2022 his own.

Through the portal tickets.qfa.qa, fans will be able to purchase their tickets, whose prices range from 30 QAR, which is equivalent to approximately 8.1 dollars, which at the Peruvian exchange rate would be almost 30 soles.

Those fans, interested in buying a ticket for the World Cup repechage, must enter the aforementioned link and the first thing they must do is click on the upper left to translate it into Spanish, since the portal is in Arabic.

After that, they must select the option that indicates UAE/Australia vs Perusince the matches between the Asian Play Off and the continental playoff between New Zealand and Costa Rica also appear.

After entering the playoff option of the Peruvian National Team, you must indicate the number of tickets you want to purchase and add them to the shopping cart. After having carried out said action, a user account must be created in order to finalize the purchase of the tickets.

Keep in mind that they will ask for your names, email, address, date of birth, gender, identity document and the means of transportation to get to the Ahmad Bin Ali stadium, home of the world cup playoff.

The date for the important appointment of the Peruvian National Team It is Monday, June 13 at 1:00 p.m. in our country. While on June 7 his rival will be known, with the clash between Australia vs. United Arab Emirates.